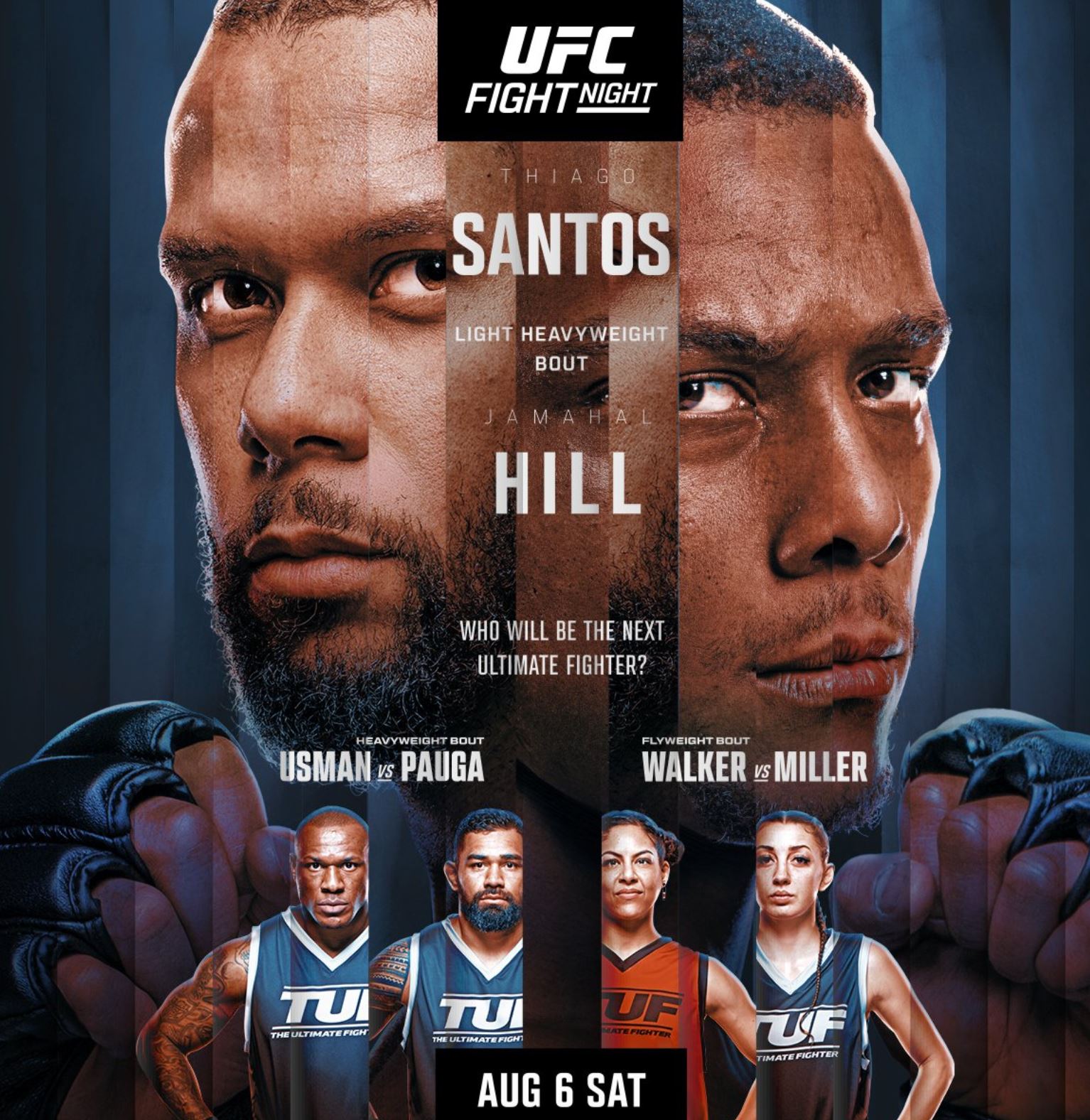 UFC viewers will get a Light Heavyweight showdown on Saturday, with the main event featuring a matchup between Thiago Santos and Jamahal Hill. It will be a battle of new versus old as the seasoned vet Santos will put his No. 6 world ranking on the line to face the youngster Hill.

Hill has made a name for himself in his brief UFC career. Nicknamed “Sweet Dreams” for his incredible knockout ability, the young star has posted a 10-1 record as a professional fighter. That includes having won four of his five bouts under the UFC flag, with one match also ending in a no decision.

Not surprisingly, Hill has KO’d three of his opponents over those four UFC victories. The southpaw boasts a 6-foot-4 frame and a reach of 79 inches, giving him the ability to land strikes from distance. Hill has won his last two fights dating back to December of last year. His lone loss came in a TKO after having his elbow dislocated by an armbar from Paul Craig.

He appears to have recovered nicely from that defeat and will put his recent winning streak on the line against Santos. Hill should have an advantage in the striking department, but he’ll need to defend against Santos’s Muay Thai kicks in order land a victory.

Speaking of Santos, he enters this matchup with a 22-10 record as a professional fighter. That includes a 14-9 mark in the UFC. Unfortunately, he’s been going in the wrong direction as of late. Santos, nicknamed “Marreta,” has lost four of his last five fights, though many have come to the sport’s top fighters.

Three of the four defeats came via decision, while one ended before the final bell in submission to Glover Teixeira. While he’s struggled of late, Santos has shown the ability to match up with the top opponents in the sport. He was once a title contender, though this recent slide has ended those hopes.

Santos has landed knockouts in 11 of his 14 UFC wins, but his last KO win came way back in February of 2019. Can “Marreta” get back on track, or will “Sweet Dreams” land another vicious knockout victory?

BetMaker previews the upcoming matchup and gives a prediction on the outcome.

Despite holding a No. 10 world ranking and far less experience, it’s Hill who enters as the favorite. “Sweet Dreams” boasts -278 odds to land a win, compared to Santos’s chances, which rest at +215. Santos holds the higher world rating, coming in as the No. 6 contender, but his recent skid has caused sportsbooks to lose faith.

Still, an upset shouldn’t be out of the question. Santos is 3-6 on the money line as an underdog, while he’s landed seven wins over foes that hold a reach advantage. He’ll look to land an eighth against Hill, who outreaches his opponent 79 inches to 76 inches.

When looking at method of victory, a knockout could be looming. Neither of these fighters has notched a submission win, but they’ve combined for 14 KOs over 18 wins. Each fighter has been susceptible to the knockout punch, with Hill losing his only UFC bout by KO and Santos having been KO’d twice.

For those reasons, there’s a good possibility we see this fight end before the final bell sounds.

We’ll back the favorite on Saturday and pick Hill. With the action sitting at nearly -300, we’ll add a little extra juice by taking him to win via knockout.

Look for Hill to continue his rise through the Light Heavyweight ranks while Santos’s downfall continues.

The Pick: Jamahal Hill by KO