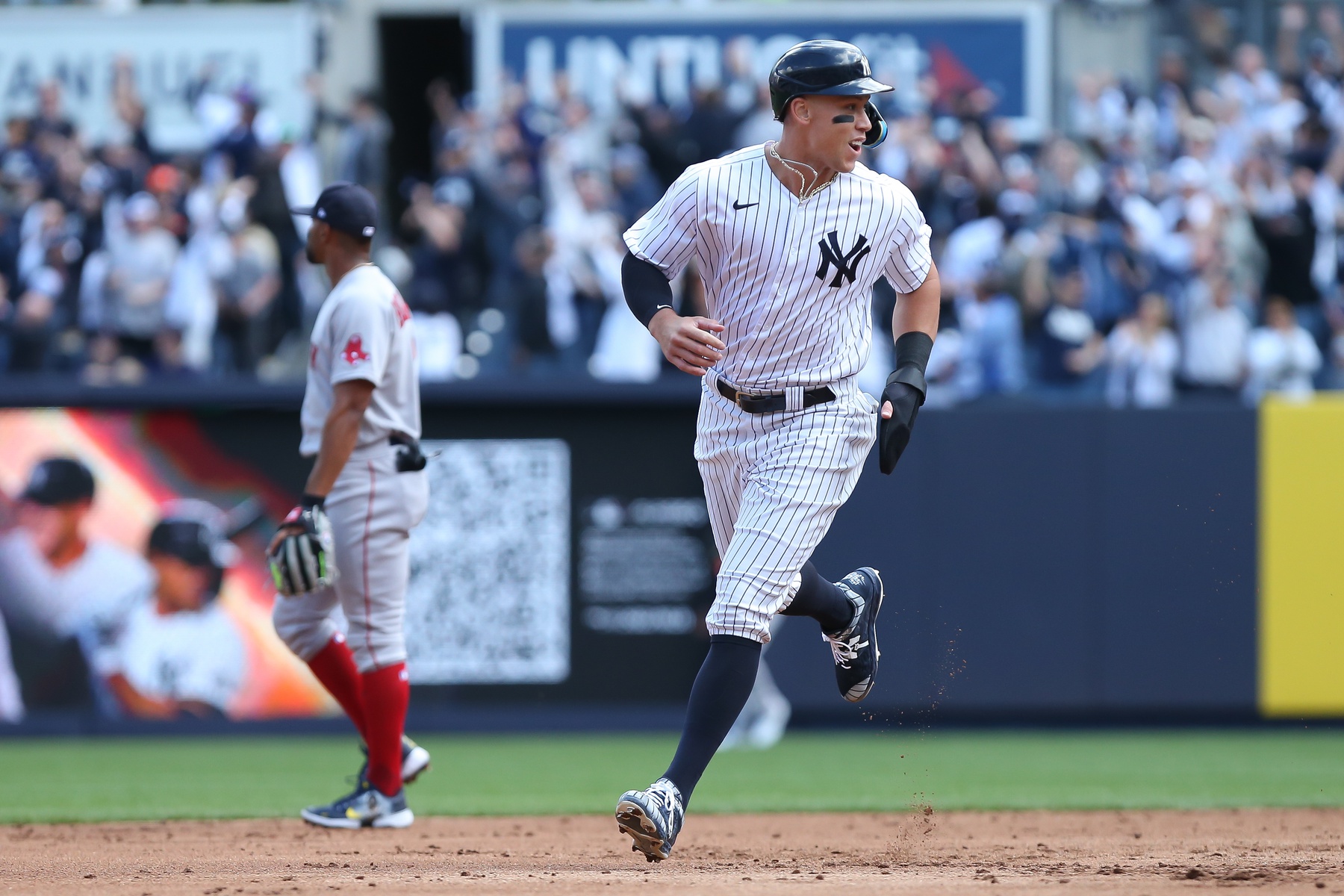 Fans will get to witness baseball’s best rivalry this weekend when the Red Sox host the Yankees. New York enters the contest as the MLB’s best team, posting a 58-23 record at the time of this writing. That’s easily baseball’s best mark as the Yankees could be on pace to break the all-time record of regular season wins.

Boston is looking up at New York in the AL East standings, sitting 13 games back at 45-36. The Red Sox are in second place in the division while holding the top spot in the wildcard race. A few wins over the weekend could go a long way in both catching the Yankees and solidifying their standing in the playoff race.

When breaking down each team, it’s easy to see why they’ve had success. Let’s start with New York. The Yankees lead the MLB in home runs, having smacked 133 long balls over 81 games. They also lead the majors in walks, runs scored, and RBIs. Aaron Judge leads the way with a .281 average to go along with 29 homers and 60 runs batted in.

The pitching has been just as solid, with New York topping the MLB in team ERA at 2.93. The Yankees hold top five American League marks in opponent batting average, walks allowed, strikeouts, saves, and quality starts. It’s been a solid all-around rotation.

They’ll have the tough task of facing off against a Boston order that leads the MLB in both hits and batting average at .262. While they don’t boast the power that the Yankees do, the Red Sox hold top 10 ranks in runs scored, total bases, doubles, RBIs. They’ve been able to score despite ranking 20th in the majors in home runs.

The pitching rotation has been productive, too, posting a 3.63 team ERA. They lead the league in complete games while ranking in the top half of the league in opponent batting average, strikeouts, and walks allowed.

Which of these rivals will leave with a win on Sunday night? BetMaker takes a look at the upcoming matchup to give a prediction.

Pivetta has been one of the Red Sox top options this year. He leads the team in wins and strikeouts while posting a 3.68 ERA. He’s posted an 8-6 record to date and has shined following a rocky start to the season.

In four of his last five starts, he’s allowed two runs or less with Boston landing wins in each of those four performances. Unfortunately, he struggled his last time out. Pivetta allowed seven runs in 5.2 innings against the Rays. He hopes to get back on track on Sunday.

Taillon got off to a great start this year, posting a 9-2 start with a 3.63 ERA. The righty’s struck out 74 batters in 89.1 frames, but he has struggled his last three outings. Over his last 16 frames, Taillon has allowed 14 earned runs and four homers. He lost to his old team, the Pirates, his last time out.

He’s been about the same on the road as he has at home, going 4-1 with a 3.49 ERA. Opponents are hitting .249 off the righty away from home. He’ll hope to keep the Red Sox at bay in this huge rivalry matchup.

The odds are not yet out at SugarHouse sportsbook. Still, we’ll make a pick.

The Yankees won the only series between the two teams this year, taking two of three games on the opening weekend. All three games were close with one going into extra innings. Nick Pivetta was on the losing end of one of those matchups for the Red Sox.

Both pitchers struggled their last time out, and they’ll have a tough task of trying to shut down two of the league’s better lineups. For that reason, we tend to lean towards the over.

We’ll take the Red Sox to win at home in another close affair.

Best Bet: Over the run total