Rangers at Penguins Preview and Prediction 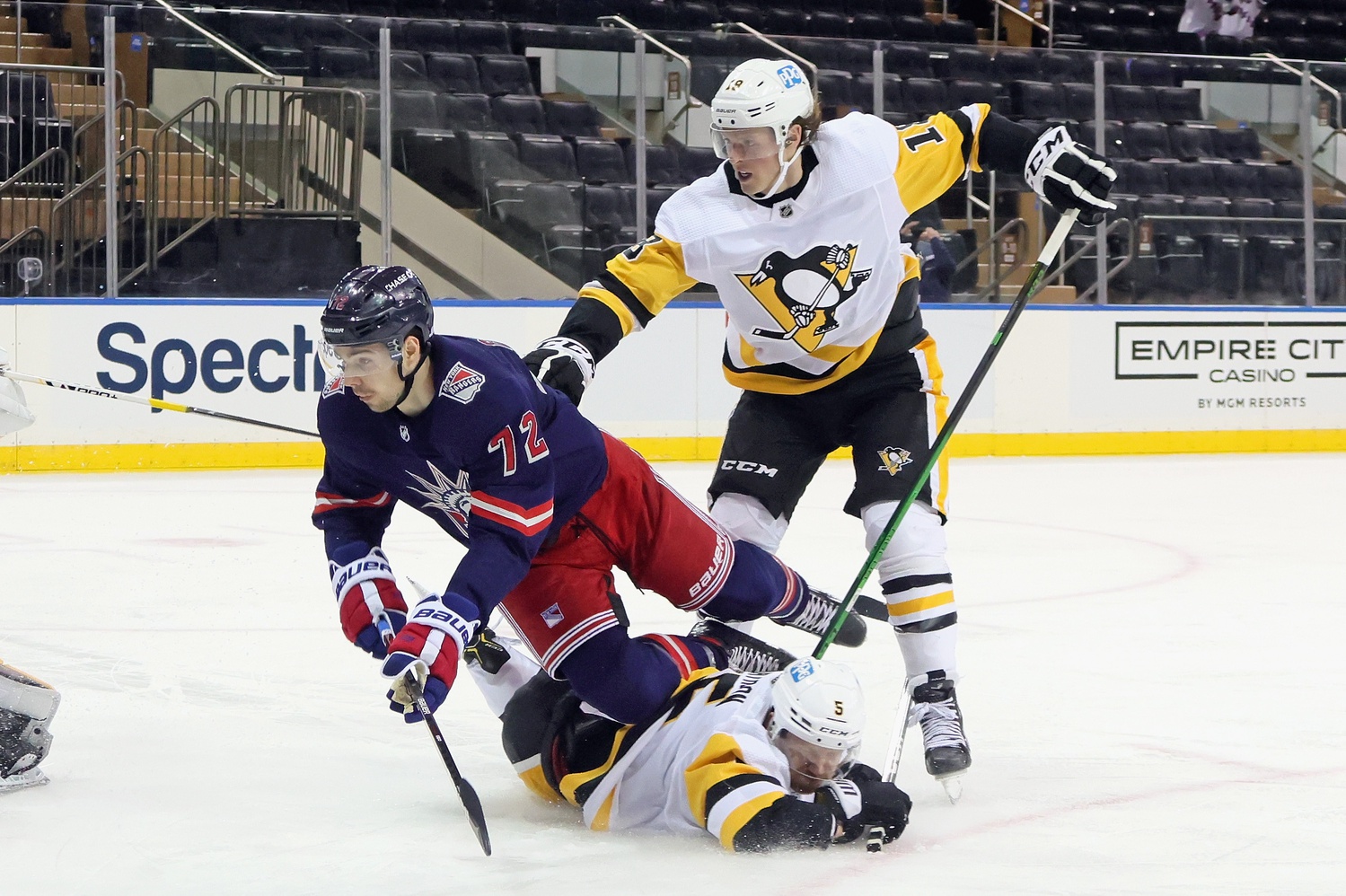 The Pittsburgh Penguins host the New York Rangers this weekend as the Eastern Conference foes battle it out for second place in the Metropolitan division standings. As of now, it’s the Penguins who hold that No. 2 spot, edging the Rangers by a single point.

A New York win, however, would flip the rankings as the two teams make their playoff pushes.

These two squads have been some of the NHL’s best thus far, with each having won more than 30 games on the season. The Rangers have been hot of late, posting a 6-3-1 mark over their last 10 outings. That includes a victory over top ranked Florida at the beginning of February.

Pittsburgh has cooled off a bit after winning 10 of their first 12 games in January. Since, they’re just 4-3-3 with back-to-back losses against Carolina and Toronto. They’ll need to stop the bleeding if they hope to hang on to the No. 2 spot in the division.

Let’s preview this Saturday afternoon matchup ahead of a busy weekend in hockey. Check out BetMaker for a preview and prediction before placing your NHL bets.

This will be the first of four meetings between the division rivals in a series that will have huge playoff seeding implications.

Both of these teams have Stanley Cup aspirations. The latest NHL future picks at SugarHouse see Pittsburgh as a +1400 contender to win the NHL championship while New York’s odds sit at +2000. Both rank among the top 10 odds for any NHL team.

The Penguins have been led by defenseman Kris Letang, who’s notched a team-leading six points over the last five games. He leads the team with five assists over that span, adding to his season total of 41.

Bryan Rust has been the Pens’ top scoring option of late, slapping in three goals over the last five contests. Jake Guentzel leads the team in scoring on the season, tallying 52 points and 25 goals.

On the flip side, Mika Zibanejad has been the catalyst for the Rangers. The New York center has notched three goals and four assists over the last five games to lead the team in points. His 51 points on the year rank second on the team behind Chris Kreider’s 55. Kreider leads the team with 33 goals.

Pittsburgh has been one of the league’s top offensive threats so far this year. The Penguins rank eighth in the NHL with 171 goals scored, good for 3.29 per game.

New York has won with defense, ranking third in the NHL in goals allowed at just 2.5 per outing. Pittsburgh ranks one spot behind, surrendering 2.6 goals a night.

Each of these teams has covered in 48% of their games this year, with Pittsburgh sitting at 25-27 against the spread and New York at 24-26.

While the results against NHL betting lines are similar, their methods of victory couldn’t be more different.

As we mentioned, the Penguins win with high powered offense, and as a result, they’ve seen 27 of their 52 games go over the projected total.

The Rangers, meanwhile, have been stifling on defense, leading to 31 of their 50 games falling under the total. A Rangers under bet has been one of the top NHL picks this year.

Pittsburgh has struggled to cover lines at home, going just 9-17 against the spread. That mark ranks 28th out of 32 teams in the NHL.

New York is 14-13 against the spread on the road, and they’ve been an incredible 15-7 as a betting underdog.

Pittsburgh has dominated the series of late, winning six of the last eight meetings dating back to 2021. They’ve been a perfect 4-0 at home over that time, outscoring the Rangers by eight goals.

The Penguins have been in a bit of a rut of late, but some of that can be attributed to a brutal February schedule. Their last four losses have come to teams with more than 60 points in the standings. The latest was a one-goal defeat at the hands of division-leading Carolina.

New York has been dominant on defense, but their offense disappears at times. They’ve scored two goals or less in regulation in five of their last ten games. That output won’t cut it against Pittsburgh’s high-flying attack.

Take the Penguins to break out of a slump and end their losing skid this weekend.