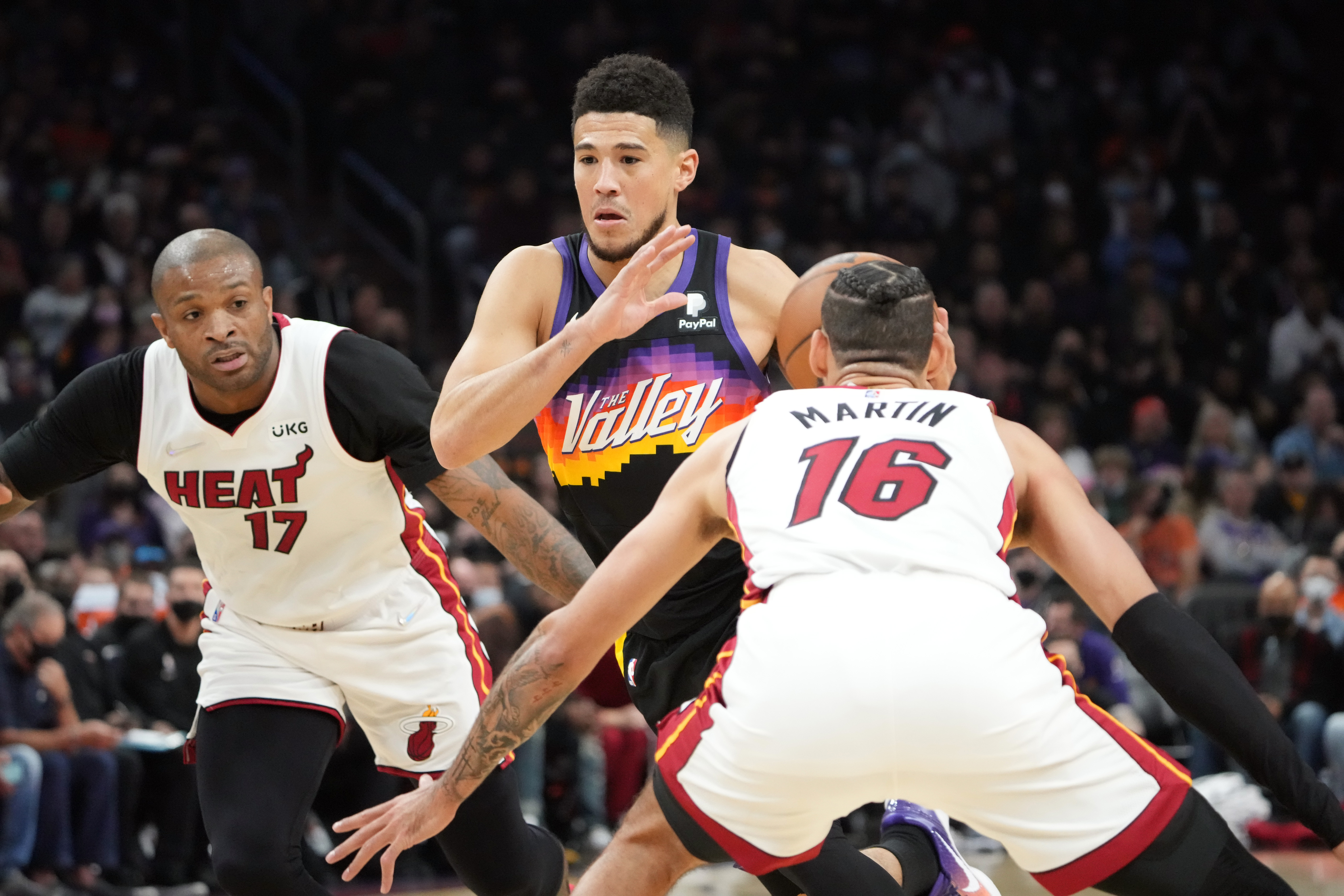 Two of the best teams in the NBA meet on Wednesday night, as the Phoenix Suns visit the Miami Heat on ESPN. The Suns have the best record in the Western Conference,

while the Heat have the top record in the Eastern Conference. The Suns are the current favorite to win the NBA title at odds of 4-1, while the Heat are listed at 10-1. The Suns might have the tougher road to a title, as they have to deal with a number of tough teams in the West including the Golden State Warriors. The main threat to the Heat in the East would appear to be either Milwaukee or Philadelphia. Let’s look at this matchup between the Suns and Heat and NBA picks.

The Suns are listed at odds of 4-1 at SugarHouse Sportsbook to win the NBA title while the Heat are listed at 10-1. Phoenix is running away with the Western Conference, as they lead Golden State and Memphis by eight games for the top spot. The Heat have more of a battle, as they are just three games in front of Milwaukee and Philadelphia. The Bulls, Celtics and Cavaliers are also right behind in the race for the top spot in the East.

It should be noted that the Suns are currently without Chris Paul who has a thumb injury. The Suns are hoping he can return sometime next month. Also keep an eye on the status of leading scorer Devin Booker, as he was in COVID protocol last week.

This is a really bad spot for Phoenix, as it is the second half of a back-to-back as they were in Orlando on Tuesday night. They played at Milwaukee on Sunday and then had Monday off before playing the Magic on Tuesday.

The Heat are averaging 109.5 points per game which is just 17th in the league, but they lead the NBA in three-point percentage. The Heat give up just 104.6 points per game and that is 4th in the league. Jimmy Butler leads the team in scoring at 21.4 points per game. Kyle Lowry leads the team in assists with 7.9 per contest, while Bam Adebayo leads the team with 10.3 rebounds per game. It should be noted that Lowry has missed quite a few games of late due to personal reasons and his status for this game is unknown. The good news for the Heat is that they should get Victor Oladipo back this week, as he has been out since last season due to injury.

The Heat hosted the Rockets on Monday and then had Tuesday off so they are in a much better scheduling spot than the Suns.

This is a show me game in some respects, but it is probably a lot more important to Miami than it is to Phoenix. The Suns know they are a title contender, while the Heat still have something to prove. I think the motivation will be with the Heat, so I will take Miami on Wednesday night.