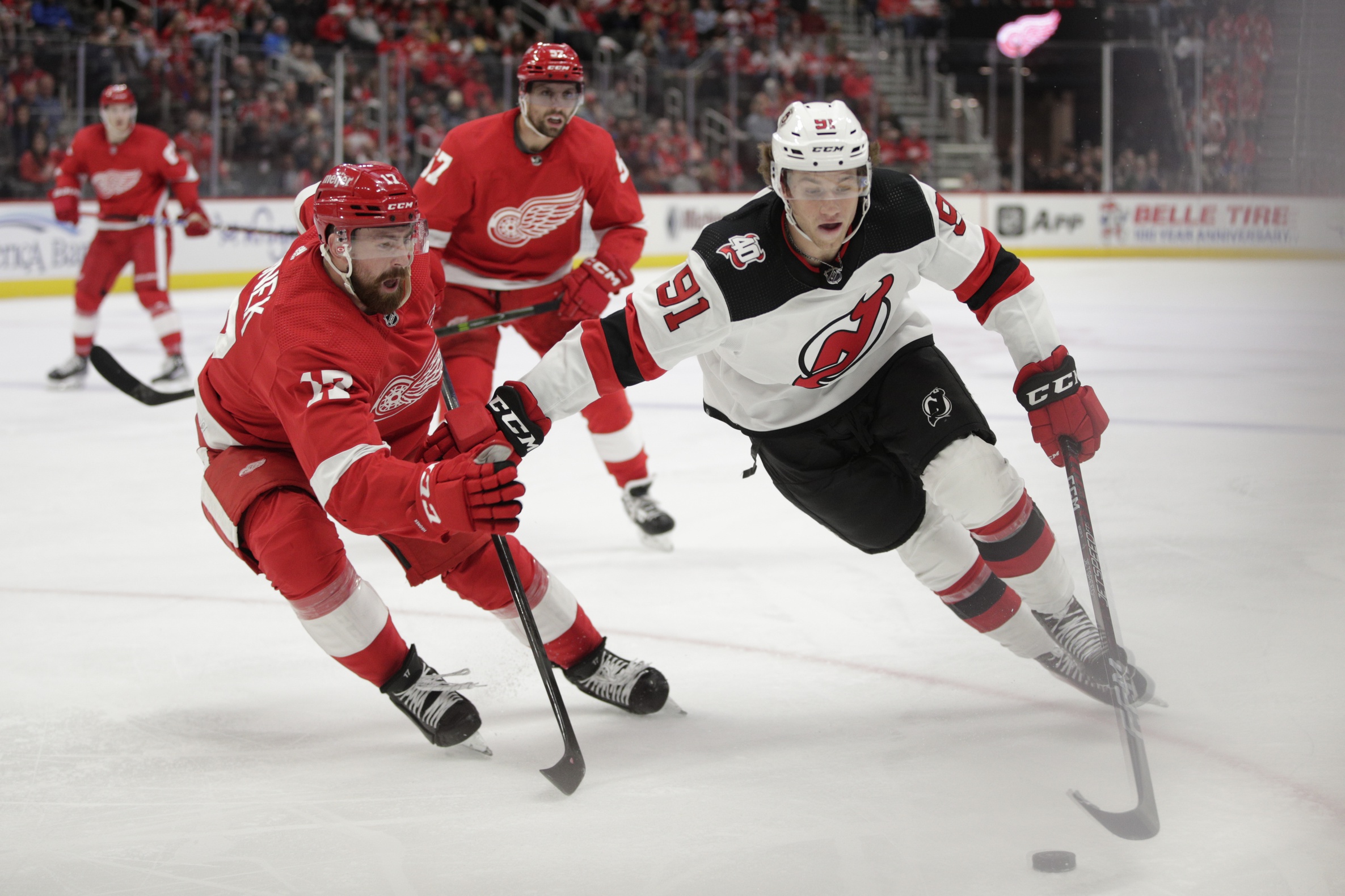 At long last, the Detroit Red Wings’ postseason drought might be at an end. Detroit was once the standard bearer when it came to the most successful professional sports franchises in North America. The Red Wings made a record 25 consecutive trips to the playoffs and won the Stanley Cup four times during that stretch. However, they blew it up and rebuilt after three straight first-round exits, and they have now gone six straight years without a trip to the postseason. Detroit is in position to change that at the halfway point of the NHL season, and the Red Wings will face a potential playoff opponent in the New Jersey Devils on Wednesday night.

For the third and final time this season, the Detroit Red Wings and New Jersey Devils will square off. The visitors won each of the first two games by multiple goals, so that bodes well for the New Jersey Devils per the NHL betting odds ahead of this game. These teams will square off on Wednesday, January 4, 2022, at 7 p.m. ET on TNT from Little Caesars Arena in Detroit, Michigan.

Detroit is one of the lowest scoring teams in the NHL. The Red Wings have just 109 goals through 35 games, so they are scoring 3.1 goals per game. That wouldn’t be bad in most recent seasons, but we have seen an uptick in scoring through the first half of the 2022-23 season.

Dylan Larkin leads the Red Wings with 32 points and 13 goals. Larkin doesn’t rank in the top 60 in the NHL in either category, but he is the top playmaker for the Red Wings. He has been held without a point in his last two games, so he is looking to get back in the scoring column once more against New Jersey.

In the offseason, the Red Wings signed Dominik Kubalik away from the Chicago Blackhawks. Kubalik had scored at least 30 points in each of his three seasons in the Windy City, but he is taking on a bigger role in the Motor City. He already has 28 points and has been a juggernaut on the power play with six goals and seven assists while up a man.

The only other player with at least 10 goals on Detroit is David Perron. The veteran is closing on in 700 points in his career, and he has an outside chance to get to 300 career goals too. Perron has a nose for the net, but he hasn’t been as productive on the power play as he was with the St. Louis Blues last season.

Filip Hronek has had a very nice season for Detroit and might be the best player on the team by the end of the season. Hronek has a plus/minus of +13, and that’s despite a -4 against the Buffalo Sabres on Thursday night.

The No. 1 overall pick of the 2019 NHL Draft is finally starting to live up to his draft status. Jack Hughes had his best season yet with 56 points in 49 games during the 2021-22 campaign, and he is projected to finish with over 40 goals and 90+ points this season. Hughes had a goal and an assist against the Red Wings in their last meeting.

Second-leading scorer Jesper Bratt had two goals and an assist on his way to being the No. 1 star in New Jersey’s last game against Detroit. Bratt has 37 points on the year, and he was nearly the hero against the Carolina Hurricanes on New Year’s Day. He found the back of the net twice and notched an assist in a 5-4 overtime loss, but his play salvaged a point for the Devils.

The NHL betting line for this game will likely have Detroit listed as a favorite at home. However, the Red Wings don’t have a big difference in their home/road splits this season. Meanwhile, the Devils are a dazzling 13-2-1 outside the Garden State, so they are the play.