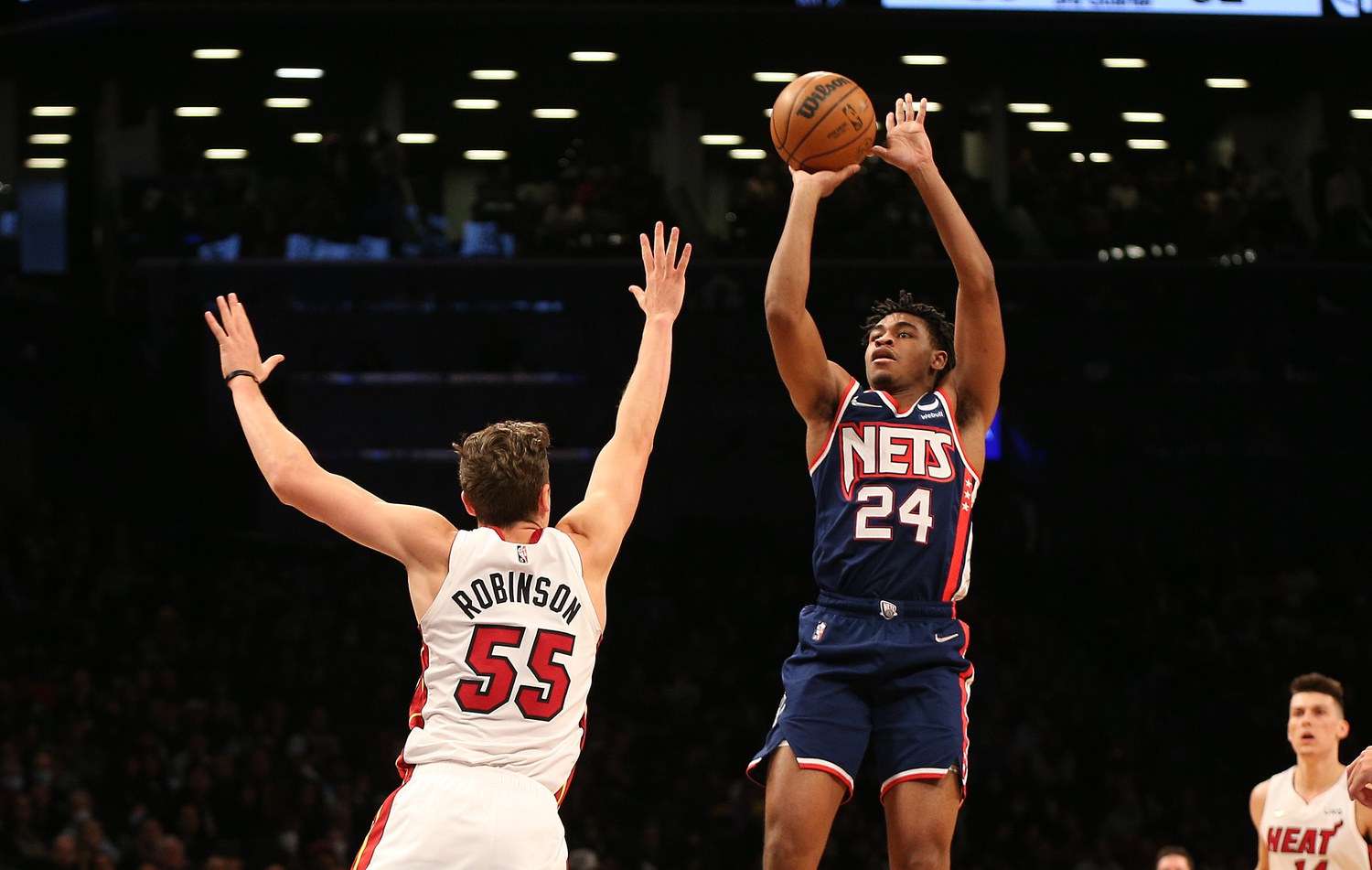 Although Brooklyn is likely to take part in the play-in tournament, the Nets have the second-lowest odds to win the NBA title. New York just announced that athletes would receive an exemption from the city’s COVID-mandate, so Kyrie Irving will finally be allowed to play in home games starting this week. That’s great news for the Nets, and it makes Brooklyn the team to beat in the East per the NBA futures odds.

Irving is averaging 28.5 PPG while making 49.4% of his field goals and 43.8% of his threes this season. He has been remarkably efficient on the floor, and he isn’t even the best player on his team. Kevin Durant has been outstanding, averaging 29.7 PPG, 7.3 RPG, and 6.1 APG for the Nets.

This will be the second game in a back-to-back for Miami as the Heat must face the New York Knicks on Friday night. There may be bigger issues for the Heat after their blowup on Wednesday night though. Erik Spoelstra was visibly upset at Jimmy Butler while he was having an argument with Udonis Haslem in a blowout home loss to Golden State. It was the second straight loss for Miami, and it makes the Nets one of the top NBA picks this weekend.

Boston has been the hottest team in the Eastern Conference over the last three months. The Celtics have the best point differential in the East now, and they have won nine of their last ten games. They just blew out the Utah Jazz on Wednesday night, and they went 4-0 on a West Coast road trip that included games at Denver and Golden State.

Jayson Tatum has elevated his game to another level, averaging 27.0 PPG and 8.1 RPG. This is something that Boston fans have been waiting for over the last couple years, and he is finally starting to play to his potential. Robert Williams III has been giving the Celtics solid minutes too as a big man, and the back court has been great.

The Timberwolves will be an interesting test for the Celtics. Karl-Anthony Towns has been dominant in the paint with 24.7 PPG and 9.9 RPG, and he is playing better on defense. Minnesota will likely post its best record since the 2003-04 season, but the Timberwolves are currently stuck in the No. 7 seed in the West. It will be tough for them to beat the Celtics on Sunday, but a win would really help their chances of catching Denver.

These two teams look likely to square off in the first round of the Western Conference playoffs. Utah and Dallas are both currently 45-28, and these teams are three games behind Golden State and two games ahead of Denver in the standings.

The Jazz and Mavericks are going in opposite directions though. Utah started the season strong once again, but the Jazz have fizzled in recent weeks. They are 5-5 in their last ten games, and we have seen Rudy Gobert disappear when it matters as teams know how to attack him in the postseason. Donovan Mitchell has been solid, yet the Jazz lack a second scoring option.

Dealing Kristaps Porzingis may have been addition by subtraction for Dallas. Luka Doncic has been able to run the floor more, and he has been one of the top five players in the NBA this year. Doncic is averaging 27.9 PPG, 9.1 RPG, and 8.6 APG for the Mavericks. He had 35 points and 16 rebounds in a win over Utah three weeks ago, and Doncic could have a similar stat line on Sunday nights.