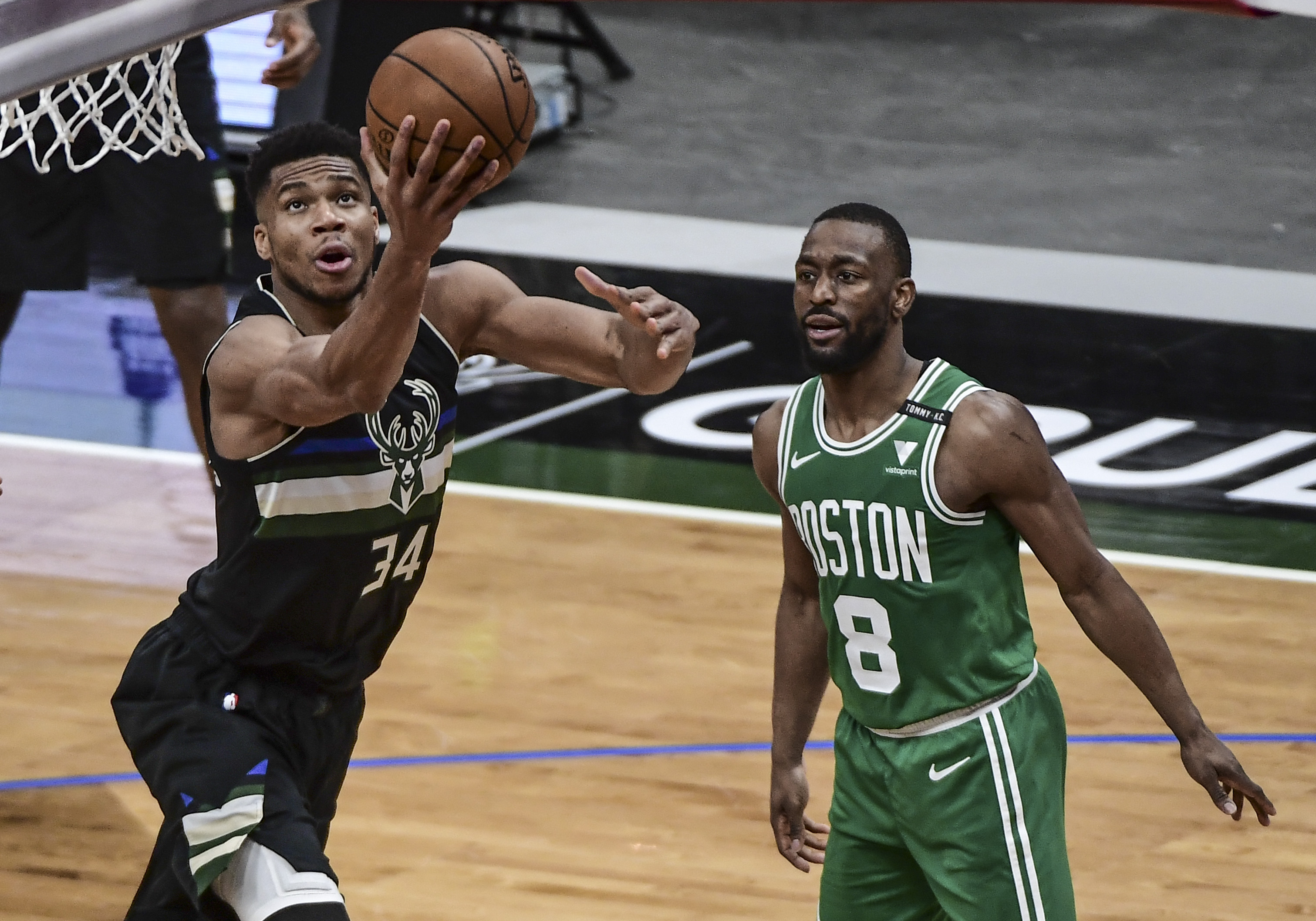 It’s still early in the season and there is time for both the Milwaukee Bucks and Boston Celtics to turn things around. The defending champs got off to a slow start but evened their record with a victory over the upstart Knicks on Wednesday, their second straight. And they did it with key players from the title team out of the lineup. It looks again like the Bucks will have a makeshift lineup for their first meeting with the Cs with Khris Middleton and Brook Lopez nursing injuries. Still, the Bucks are a slight 2-point favorite on the NBA betting line.

Twelve games into the new season the championship hangover should be behind the Bucks. And it’s way too early to be looking at conference standings, but seeing both clubs outside the top-8 is alarming since they’ve been East powerhouses the last several seasons. Milwaukee’s been a strong home team under Mike Budenholzer, but it’s their play on the road that’s helped even their record. A recent stretch where they lost five of six games was upsetting, but even worse was that four of those setbacks came at home. Road wins and covers over Philadelphia and New York have the Bucks at 6-6 SU and ATS.

It’s been a roller coaster start for the Celtics, who enter Friday’s tilt at 6-5 SU. They are in the best stretch of the young season with Wednesday’s 104-88 thrashing of Toronto giving them three wins in four games while earning a payout in each one. And the trademark defense is leading the way. They held three of the past four opponents to fewer than 90 points with two of them not even reaching 80. The UNDER is 3-0-1 over that 4-game span.

One thing that the Bucks learned from their championship run is that it pays to be healthy at the end of the year. What they learned from the previous two seasons is that having the best regular season record means squat. The Bucks will be in the thick of things as the season progresses, they’re just too good. They may experience some bumps along the way since they have a big target on their back, but that’s okay. What will impact them more are injuries and they’ve felt that already.

Middleton, the team’s second leading scorer last season, missed the last six games and won’t play on Friday while he waits to get out of COVID jail. And Lopez has played in just one game due to back issues. They are two key pieces and the club felt the absence losing five of six games. Giannis Antetokounmpo can do a lot of things, but he can’t do it all. The offense struggled mightily during those five losses scoring fewer than 100 points four times and averaging just over 97 points. The Bucks cashed the UNDER in all six games. Pat Connaughton hit seven triples for 23 points in a 112-100 win over the Knicks, Milwaukee’s second straight where they averaged 115 points.

Wednesday’s game against Toronto was a good barometer to see how the Celtics have progressed under new coach Ime Uboka. There’s always an unknown when making a change, especially after the team played good basketball and was a constant playoff contender under Brad Stevens. In the first meeting of the season between the clubs on Oct. 22, the Celtics were thrashed at home 115-83 getting booed off the floor. Uboka said his team “got punked out there” after the game. Fast forward a few weeks and notice how things have changed. Jayson Tatum led six players in double figures with 22 points and the Celtics avenged that earlier setback with a 104-88 trouncing much to the delight of the fans at the Garden.

Boston will have to navigate the next week or so without leading scorer Jaylen Brown, who dropped 46 on the Knicks in the season opener and is averaging 25.6 for the season. They lost at Dallas on Saturday in their first game without him but got a balanced effort against the Raptors to win for the first time on their home floor. The offense may suffer in Brown’s absence, but the Celtics have played strong defense holding their last four opponents to an average of just 88 points while cashing the UNDER three times.

With key players from both sides missing it’s up to which team adjusts first. The Bucks turned things around offensively the previous two games while the Celtics have stepped up the D.
But, the Bucks have Giannis and he’s worth a bunch of points all by himself. Boston doesn’t have an answer on defense for The Freak and I expect him to go off leading the Bucks to another road win.