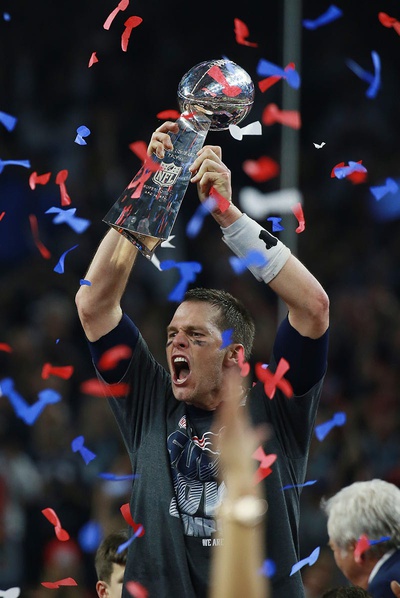 The GOAT is finally hanging up his jersey and cleats after 22 years in the NFL. Tom Brady is unquestionably the greatest quarterback in the history of the league, and he has done what his contemporaries were unable to do. While Peyton Manning, Drew Brees, Philip Rivers, and Ben Roethlisberger all looked like a shadow of their former selves in their last year, Brady stepped away from the NFL when he was still one of the best quarterbacks in the game. He has nothing left to prove after winning a record seven super bowls, and he is the record holder for both passing yards (84,520) and touchdown passes (624).

Brady was at his best in the Super Bowl and went to the big game an incredible 10 times. It’s hard to imagine another player leading their team to the Super Bowl on that many occasions, so it’s safe to say he will have the record for the foreseeable future. That is far from the only record that Brady has though.

Charles Haley was the most successful athlete in the Super Bowl era until Tom Brady came along. Haley won five Super Bowl rings as a member of the San Francisco 49ers and Dallas Cowboys, and he topped several players that won four Super Bowl rings. Brady surpassed Haley with the New England Patriots’ 13-3 win over the Los Angeles Rams in Super Bowl LIII, and he claimed his seventh Super Bowl title with the Tampa Bay Buccaneers in Super Bowl LV last year.

Tom Brady was named the Super Bowl MVP five times in his career. While Brady wasn’t initially the overwhelming reason for New England’s success in the early days, he became pivotal to the Patriots’ postseason hopes as he developed. Brady has two more Super Bowl MVPs than previous record holder Joe Montana, and no other player has won this honor more than twice.

Given that Brady has made 10 trips to the Super Bowl, it’s no surprise that he owns the record for most career passing yards on this stage. Brady has only thrown for more than 300 yards four times in his ten appearances, but he has thrown for 3,039 yards to average over 300 YPG in the biggest game. That’s an incredible accomplishment considering Brady is not playing soft defenses in the Super Bowl.

Most Passing Yards in a Single Super Bowl

Brady’s best passing performance came in a game that the Patriots lost. New England fell to Philadelphia 41-33 in Super Bowl LII, as Nick Foles surprisingly outdueled Brady. Foles caught the touchdown pass that Brady couldn’t on the Philly Special, but Brady threw for 505 yards (10.5 YPA) in the loss. He broke his own record that he set the previous year in the comeback win over the Atlanta Falcons, and the only other quarterback with more than 400 passing yards in the Super Bowl is Kurt Warner.

This record is probably the most attainable of any mark that Tom Brady currently holds. Brady holds the record for most all-time passing touchdowns in the Super Bowl, but he was only able to find the end zone 21 times in his 10 appearances. Young quarterbacks like Patrick Mahomes or Joe Burrow could surpass that if they continue to succeed given how much emphasis is placed on the passing game.

Tom Brady’s ability to play well into his 40s might be what he is most known for in the future. Brady retired at 44 years old, and no quarterback had retired at that age while still playing at an elite level before TB12. He led the Tampa Bay Buccaneers to their second Super Bowl title at 43 years and six months.

Only Player to Win a Super Bowl in Three Different Decades

Another testament to Brady’s longevity is that he is the only player to win a Super Bowl in three different decades. There have been plenty of players to win Super Bowls in two different decades, but Brady once again stands alone in this regard.