Zeke to Feast with 2+ Touchdowns on Thanksgiving Day 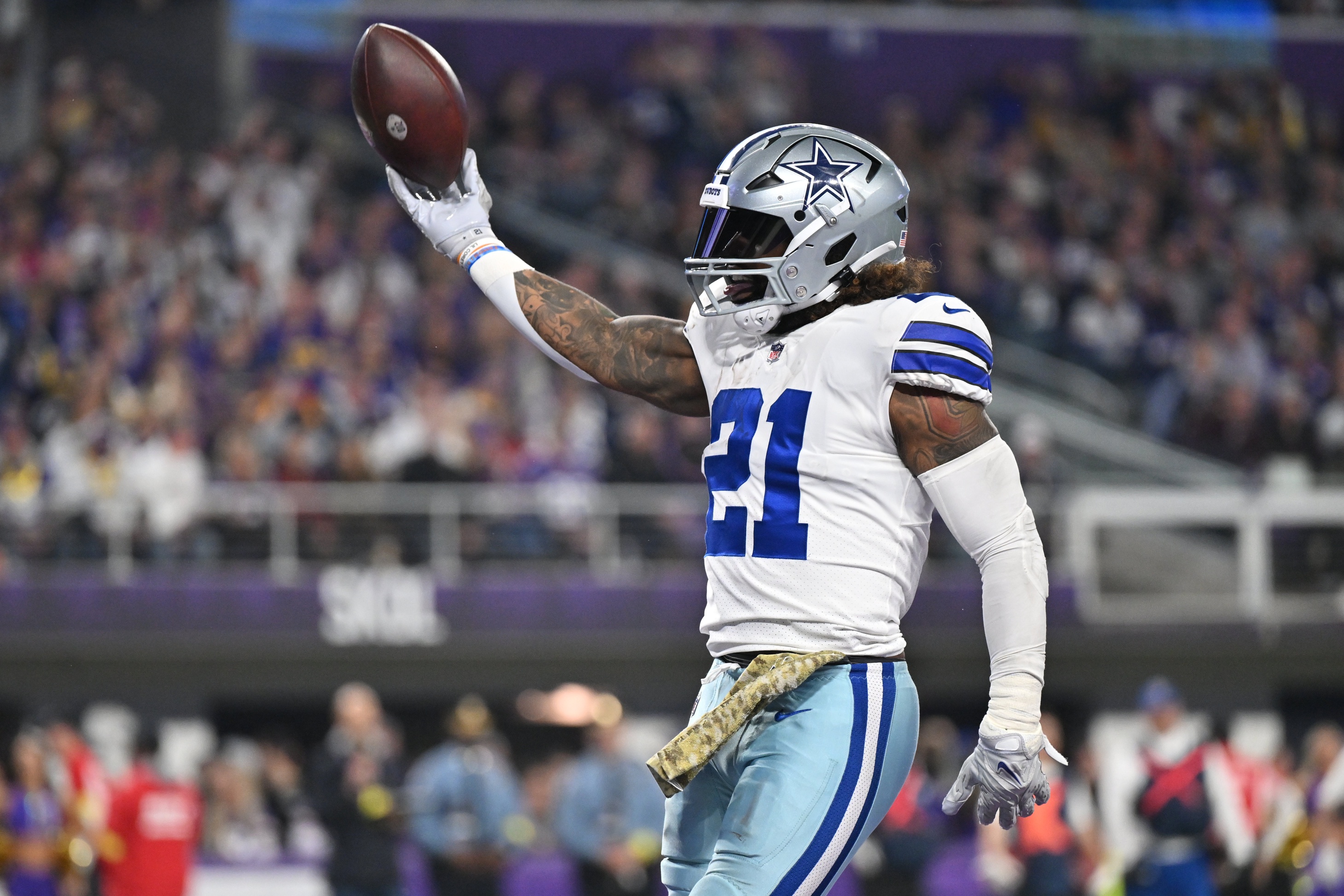 Taking game theory into account to map out how I believe all three Thanksgiving Day games play out, I’ve come to the assumption that the player props listed below are the best plan of attack to make money at PointsBet Sportsbook on one of the best days of the NFL betting season. Each of these players will play crucial roles in their respective team’s ability to come out on the right side of the scoreboard. Here’s to each and every one of them panning out so we can add to the bottom line!

In the Lions last three games, Jared Goff has only been asked to throw the football 26 times per game. I guess you can say his magic number was 26 since Detroit actually went on to win each and every one of those games. Lined near 10-point home underdogs with a game total of 54.5 – the highest of the Turkey Day slate – I don’t envision the Lions QB1 being asked to play a limited role against the Bills. Buffalo is going to get theirs with Josh Allen likely busting out of a funk for his player prop and fantasy supporters.

With that the case, Goff is going to need to earn his paycheck and sling the pigskin around the ball yard to keep this game competitive. Detroit won’t have the luxury of using its rushing attack enough to the point that it gets in the way of us cashing in on this prop. In Detroit’s six losses, Goff averaged 35.8 passing attempts with the loss in Dallas skewing the average due to the game surprisingly being tied in the fourth quarter. I don’t envision this game being tied or Detroit playing with a lead unless it takes a quick first quarter lead. Likely forced to play from behind a bulk of the contest, look for Goff to give his right arm a workout and hit the 40+ attempt plateau for the second time this season.

I’ve got this game pegged as an over and fully expect the Cowboys to flex their offensive muscles against the GMEN all game long. Run defense is something New York has lacked all season with it serving up better than 135 yards per game and 4.7 yards per carry; an output that bloats to 5.2 when away from MetLife Stadium. But what does any of that have to do with a touchdown prop? Well, it’s simple really. Dallas penetrated New York’s red zone four times when the teams last hooked up in Week 3. They scored touchdowns twice with each coming from 1-yard out. Elliott snagged one while Lamb hauled in the other.

The Giants have allowed red zone touchdowns at a 57 percent clip on the road to date. For reference sake, they only allow them 36 percent of the time when at home. Dallas loves nothing more than to hand the ball off to No. 21 when in the red zone. Zeke was offered up four red zone carries in his return to the backfield last week and turned two of them into touchdown plunges. It marked the second straight game that he scored a pair of touchdowns. Here’s to hoping everything continues to come in 3’s and we cash in on a nice pay day in a game that should see numerous scoring opportunities present themselves for both sides.

You don’t want to make it a habit of throwing against the New England Patriots. “The Hoodie’s” defense has been a horror show for opposing quarterbacks all season with it conceding just over 188 yards per game (No. 4) while ranking No. 1 overall in pass DVOA. It just held Zach Wilson to a laughable 77 yards on 22 pass attempts! With Christian Darrisaw not available to watch Kirk Cousins blindside Thursday night, I can’t help but think a steady diet of Dalvin Cook will be called for by head coach Kevin O’Connell. It only makes perfect sense! The Patriots can be had on the ground evidenced by the Bears ripping them for 243 yards back in Week 7 and the Ravens going for 188 back in Week 3.

Cook represents the stop unit’s toughest assignment in weeks, and I fully expect No. 4 to be up to the challenge knowing full well the overall success of the offense will be placed upon his shoulders with Justin Jefferson ailing from a bout of turf toe. While his overall success on the ground might not lead the Vikings to victory, it will at least put them in a position to do so with the passing attack likely getting next to nothing through the air.