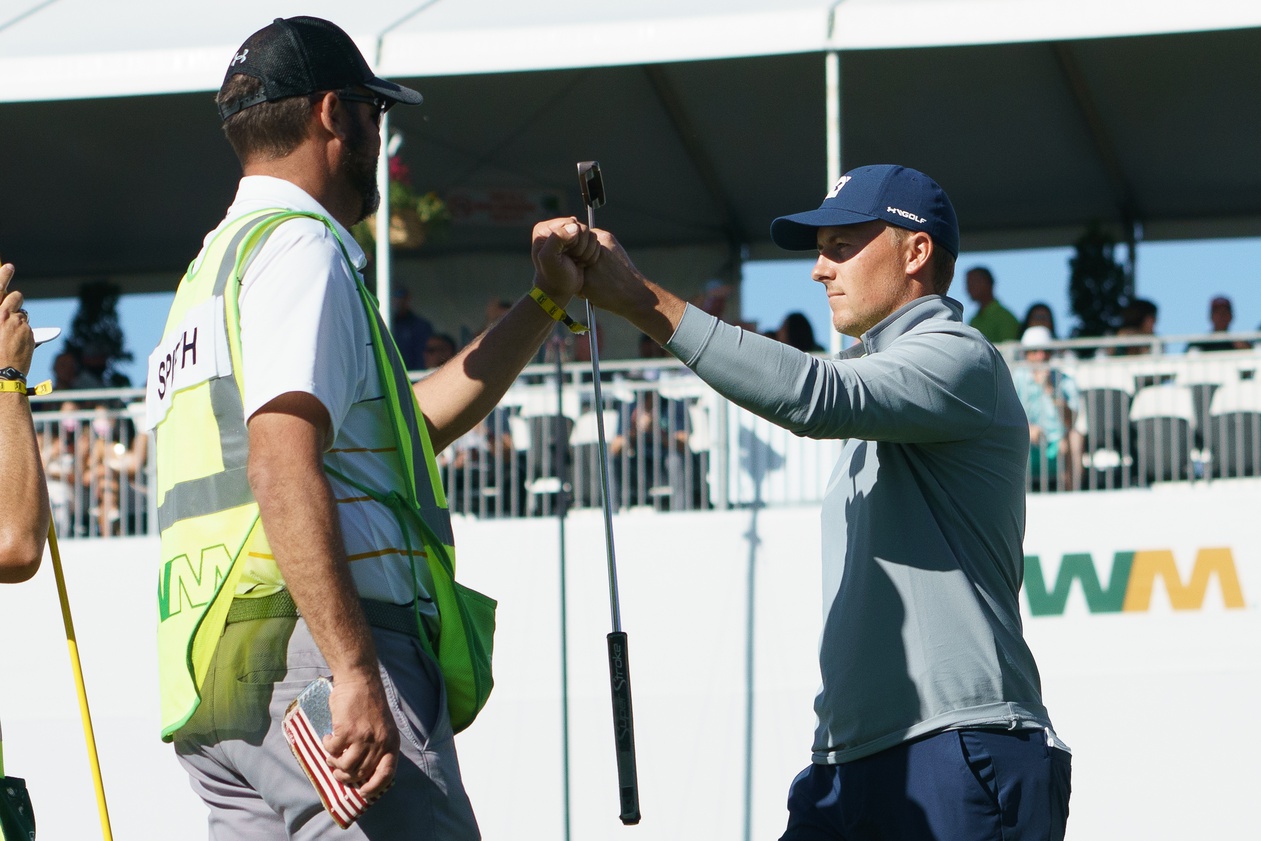 It is Super Bowl week, and that means the PGA Tour is in Scottsdale for the WM Phoenix Open. The event has been rebranded in a sense, as it has gone from the Waste Management Phoenix Open to the WM Phoenix Open. A strong field is assembled with six of the world’s Top 10 players in the field including No. 1 Jon Rahm who is listed as the golf betting favorite. I had a big winner two weeks ago with Luke List at odds of 66-1 and I am kicking myself for not having Tom Hoge last week, as I had him in the matchups article, but I didn’t have him in the odds article. Let’s look at Waste Management Phoenix Open odds and picks.

Venue: This event takes place at TPC Scottsdale on the Stadium course which is a par 71 that measures 7,261 yards. The course has hosted the Phoenix Open every year since 1987. Last year the players had a 69.4 scoring average at TPC Scottsdale.

Last Year: Brooks Koepka came from five shots behind in the final round to win the event from Xander Schauffele and Jordan Spieth. Going into the final round it was Schauffele and Spieth tied for the lead but Koepka shot a 6-under 65 which included an eagle on the Par-4 17th hole. It was the second time that Koepka got the win in this event. Schauffele and K.H. Lee finished in a tie for second with Spieth, Carlos Ortiz and Steve Stricker tied for fourth.

I say this every week and I have to say it again, there is very little value in betting golf favorites. Rahm is the top ranked player in the world and he has played well in this event, but this is a strong field and Rahm is definitely not a sure thing. Rahm has finished in the Top 16 in all six of his career appearances. Rahm may very well win this week, but I will continue to do what I do each week and that is avoid the golf betting favorite.

Matsuyama has been really good in this event with wins in 2016 and 2017 and he leads the PGA Tour in a number of categories at TPC Scottsdale. Matsuyama is in solid form and you can make a strong case that he should be listed at single-digit odds. I’ll go with Matsuyama at this price.

I said last week that Cantlay was overvalued simply because he was listed as the betting favorite. He really didn’t play that great last week and he still finished in the top five. He is on the leaderboard seemingly every week but he just hasn’t been able to make enough putts. Perhaps this will be the week. We definitely are getting more value than last week on Cantlay.

Simpson has been very good on this course including a win in 2020 and a second-place finish in 2017. He has the type of game that does well on this course and we get him at a nice price this week.

Henley is second in the field in Shots Gained: Approach at TPC Scottsdale. He nearly won earlier this season so we know he is in good form. He has the type of game similar to Simpson’s so it makes sense he would do well in this event.

I’ll throw on big longshot in here and take Perez. He is playing well of late with a sixth-place finish at Torrey Pines and a tie for 9th last week at Pebble Beach. I’ll take a flyer on Perez at this big price.