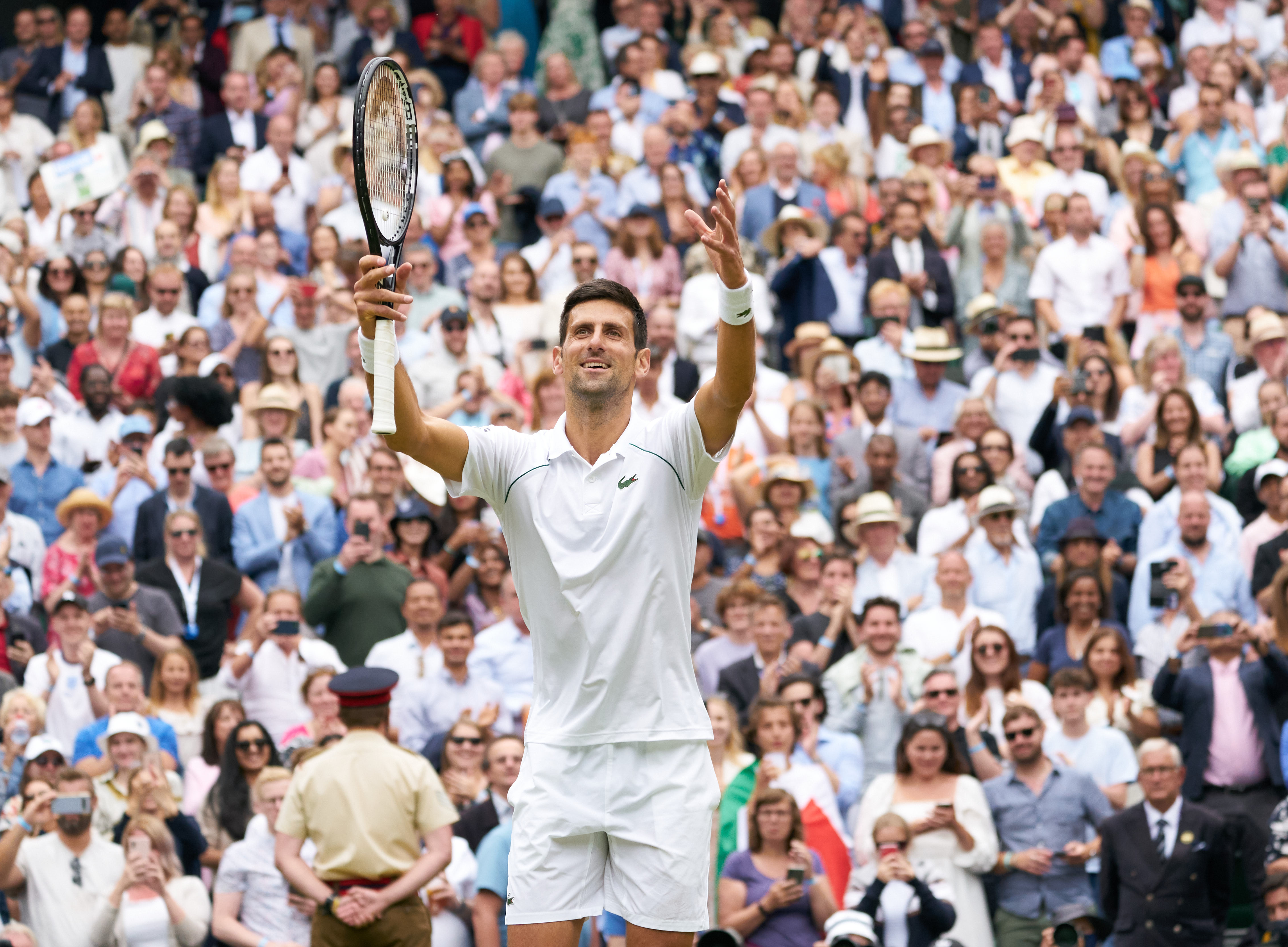 Established in 1877, The Championships, Wimbledon, is the most significant and historic tennis tradition. Last year the pandemic forced the cancellation of Wimbledon, but The Championships are set to return for 2021. For some fans, Wimbledon comes off as pretentious and uptight. The strict, all-white dress code for players is an irritant to such individuals. In like manner are time-honored traditions such as royal patronage, the indulgence of strawberries and cream, and Robinson's barley water.

Only one sponsor is permitted at The Championships, Wimbledon. That sponsor is Rolex watches, which provides timekeeping technology during Wimbledon matches. Most sports fans find such traditions refreshing instead of pretentious. In an era where everything is for sale and sporting events are most defined by how loud and obnoxious they can be, Wimbledon offers a rare refuge. Only The Masters Tournament in golf can compare to The Championships, Wimbledon in this manner.
Gambling options include odds on the winner, odds on player vs. player matchups, and props. You can make bets on singles, doubles, and mixed doubles.
This year's tournament is scheduled for June 28, 2021, through July 11, 2021.

One of the biggest attractions of Wimbledon is its many traditions. It begins with ball boys and ball girls. This is a high honor for local students, who must earn a nomination and undergo intense training to achieve fitness to serve.
Instead of the regular Men's and Women's competition labels used at all other tournaments, at Wimbledon, the competitions are referred to as Gentlemen and Ladies.
Bowing to the Royal Family pertains to when the Prince of Wales or the Queen is present. There is a Royal Gallery at Centre Court of Wimbledon.
The ESPN networks and ABC cover The Championships, Wimbledon on television.
Players are required to wear all or near all-white uniforms. Advertising on the uniforms is not permitted.
Officials are required to wear green uniforms. Green and purple are the official colors of The Championships, Wimbledon.

Roger Feder is the King of Wimbledon with a total of eight Gentlemen's singles titles. Federer's last Wimbledon championship was in 2017. He won five consecutive titles from 2003 through 2007.
Pete Sampras and William Renshaw each have seven championships. Renshaw played in the late 1800s and won his titles from 1881 through 1889. Sampras won his seven championships from 1993 through 2000.
Current superstar Novak Djokovic has five championships for his career, ranging from 2011 through 2019. Djokovic has won the last two Gentlemen's Singles titles and will be a heavy betting favorite to do so again in 2021.
Other famous Gentlemen's Singles champions include Bjorn Borg with five, Rod Laver with four, John Newcombe and John McEnroe with three, Jimmy Connors, Rafael Nadal and Andy Murray with two.
The United Kingdom has a total of 37 Gentlemen's Singles titles, followed by the United States with 33, Australia with 21, and Switzerland with eight.

The great Martina Navratilova has a record total of nine Ladies Singles titles at The Championships, Wimbledon. She won six consecutive titles from 1982 through 1987.

Helen Wills Moddy won eight titles from 1927 through 1938. And then Dorothea Lambert Chambers, Steffi Graf, and Serena Williams have seven championships each.

Other players of note include Billie Jean King with six and Venus Williams with five championships.

Simona Halep was the winner in 2019. She was the third different individual winner in the past three Ladies Singles championships. Serena Williams was champion in 2015 and 2016.