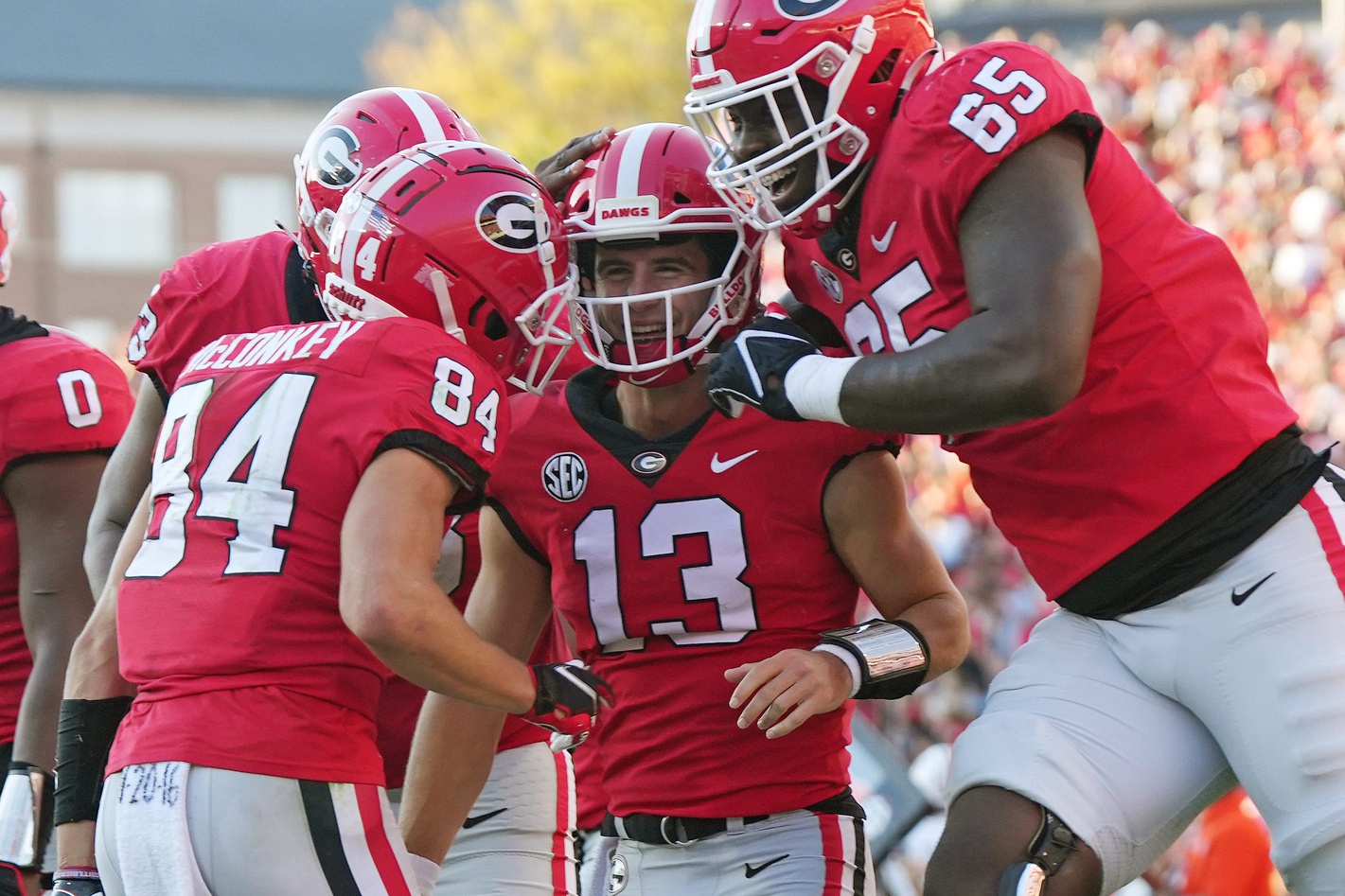 Way back at the beginning of June, I suggested taking stabs with Alabama, Ole Miss, and Mississippi State as my favorite, underdog, and longshot calls to cash in on the SEC title futures odds over at BetRivers Sportsbook. All three selections currently have skin in the game with the Crimson Tide and Rebels both undefeated and the Bulldogs only having one loss to their credit. My biggest mistake was not giving the Tennessee Volunteers more attention as great a season the folks in Knoxville have enjoyed to this point.

With both Bama and the defending champion Bulldogs each getting pushed to the brink this season, will CFB futures bettors see a team other than the Tide or Dawgs take home SEC bragging rights? More than likely not, but it doesn’t hurt to daydream about it. Let’s take a look at the four teams atop the standings and see if any require our attention as we head into the stretch run of the season.

Last year’s national championship team owned a +388 point differential. This year’s squad is on pace to nearly match it with it clocking in at +173 with six regular season games remaining on the docket. Don’t expect Kirby Smart’s kids to offer up much of a discount following this weekend’s home tilt against a Vanderbilt team it’s currently favored to beat by 38.5-points!

The Bulldogs program has taken a page out of the Crimson Tide’s playbook by simply reloading instead of rebuilding every passing year. Even with all the defensive defections of a year ago, UGA still owns the No. 4 ranked scoring defense in the land. That paired with Stetson Bennett overlooking the nation’s No. 4 ranked offense finds Georgia favored to win the SEC for the second straight year.

November 5th is going to be huge with the Vols paying Athens a visit. Then its back-to-back road games against Mississippi State and Kentucky. Tests that will be taken head on no doubt!

With a healthy Bryce Young leading the offense, the Crimson Tide is the best team in the nation in my book. Without him, I’m not so sure. Though the reigning Heisman winner is expected back in the huddle in the very near future, one must factor in the shoulder injury hampering his performance the rest of the way. Though RB Jahmyr Gibbs is a beast that’s currently making his own push towards becoming just the third running back to take home the Heisman since the turn of the century, I don’t believe the Crimson Tide can win this conference with little to no semblance of a passing game. It’s currently ranked No. 68 overall.

The team has already been pushed to the brink by both Texas and Texas A&M, and it wouldn’t shock me if the team ultimately gets tripped up down the road with games still to go @Tennessee, Mississippi State, @LSU, @Ole Miss, and Auburn. It all depends on Young’s health, and it isn’t looking good right now.

Hat tip to Josh Heupel for coaching the Vols to a perfect 5-0 record and 4-1 tally against the closing college football betting odds at BetRivers. However, one can only come away unconvinced about the Vols actually being legit with it running up against a lesser cast of opponents.

Who has this team played? Well, it all started with a 59-10 beat down of MAC rep Ball State, and was followed up with an overtime win over PITT in the Steel City. It then ran roughshod over another MAC rep in Akron before coming up with a non-covering win against Florida at home. While going into Death Valley and handing LSU an ugly 40-13 defeat as short 2.5-point road favorites certainly looks good on paper, the Tigers aren’t the greatest barometer these days.

Now don’t get me wrong, I’m buying what Hendon Hooker and Co. are selling. I just need to see wins coming against teams that will finish in the upper third of the standings. Beating the Crimson Tide outright as touchdown home dogs on Saturday would grab my attention!

The biggest longshot of the quadrant resides in Oxford where Lane Kiffin’s Rebels have been lying in the weeds winning games while the Alabama’s and Georgia’s hog the spotlight. The Rebs have gotten out to another hot start after winning six of their first seven games a season ago. But again, all six wins have come against teams without a pulse and they only managed to split those games against the spread.

After this week’s home bout with Auburn, we’re going to get a much clearer picture about what Jaxson Dart and his mates are all about. Road trips to LSU and Texas A&M will then be followed by Alabama, @Arkansas, and Mississippi State. While the 1-2 battery of Quinshon Judkins and Zach Evans has been lethal in the backfield, Ole Miss is going to need to get something from its passing game to survive. The offense hasn’t shown the ability to excel through the air (No. 66), and the defense - while only allowing just over 14 points per game – has given up its fair share of yardage.

I suspect things take a turn for the worse here in the coming weeks, but it won’t prevent Ole Miss from churning out another successful campaign. It just won’t include winning the SEC!