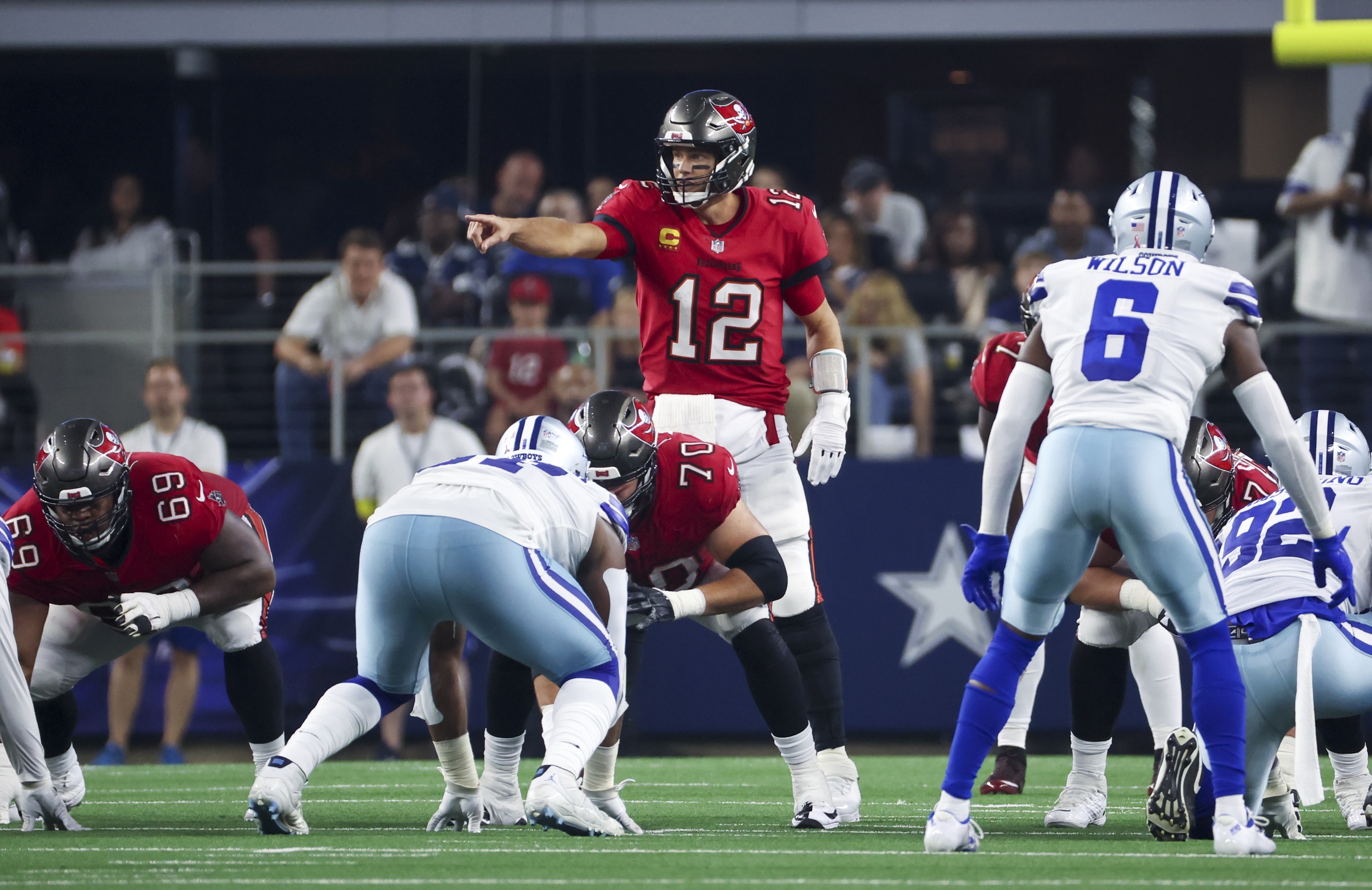 The Dallas Cowboys and Tampa Bay Buccaneers kicked their respective 2022-23 campaigns off against one another in Big D back in Week 1. The Bucs would go on to win and cover as 2.5-point road favorites in a game that saw Dak Prescott get bounced early due to a thumb injury that ultimately cost him a number of games. No. 4 will be back under center for the rematch, and this time linemakers have the Cowboys installed the short road chalk. I’m not buying it!

Though Todd Bowles is one of my least favorite head coaches to ever roam a sideline, Mike McCarthy sits below him on my own contrived coaching totem pole. On top of that, the Bucs got “The GOAT” under center and he’s never once lost a game to the Cowboys through seven tries. I never bet against streaks at the Roulette table and will stick to that mantra in wild-card weekend’s concluder!

PointsBet Sportsbook initially lined the Cowboys 3-point road chalk with the total set at 44.5. The number to beat has fallen to -2.5 by way of the Buccaneers receiving 55 percent of the bets and 60 percent of the money. Dallas was tremendous in its home digs over the course of the regular season in going 8-1 SU and 6-3 ATS, but was only mediocre on the road where it split its eight played games both SU and against the closing NFL odds. While two wins were accrued against opponents that went on to qualify for the playoffs, it enters this tilt 1-2 SU and ATS in its final three road games with the lone win coming against what was then the spiraling Tennessee Titans.

The week 1 battle saw both teams grossly fail to surpass the 49.5-point total. While much of it had to do with Prescott bowing out early, Dallas looked to have no answer for Tampa’s defense the few drives he was healthy. Though a bulk of the bets booked to this point have come in favor of the under, 57 percent of the money riding the over has pushed the number to beat up a full point to 45.5. An eye-opening occurrence considering these teams combined to play to the under at a 19-14-1 clip.

Armed with one of the more balanced offenses in the league, the Cowboys will look to utilize their 1-2 backfield punch of Ezekiel Elliott and Tony Pollard in hopes of weakening the underbelly of the Bucs defense to create some big plays downfield for CeeDee Lamb and his mates to take advantage of. Easier said than done however with the Buccaneers marching the league’s ninth ranked pass defense onto the gridiron. However, Tampa Bay has been charitable to opposing ground attacks with it serving up over 120 yards per game overall and 4.8 yards per carry over the last month. Dallas should be able to move the ball and put points on the board in the rematch.

Though Tampa ultimately went on to take down the NFC South as expected at the season’s outset, the repeat title came with a much bigger struggle than initially expected. The Bucs are the only team to qualify for the postseason with a losing record (8-9), and get to host this game by way of winning the division. Tom Brady has never truly looked comfortable running the offense this year. While there were some moments of greatness – check week 6, 13, and 17 – the offense was largely a tough watch. That being said, the league’s No. 2 ranked passing attack will get the benefit of running up against an injury riddled Cowboys secondary that’s been ripped for 244.4 yards and a healthy 7.5 yards per attempt over the last three games. I expect Mike Evans and Chris Godwin to go HAM in this one!

Sometimes you just have to fit the square peg in the square hole. I agree with the market about the Bucs and Over being the correlated wagers to make in this wild-card matchup. I haven’t been at all impressed with what Dallas has done over the last month; especially last week when it played starters deep into the fourth quarter and still got rolled up and smoked by the Commanders. Tampa has gotten much healthier in recent weeks and looks to be primed for a big run in the second season. It fighting just to qualify for the playoffs the final month of the regular season is a big advantage in my book. Points will be exchanged in this contest, but in the end it’ll be Brady with the ball in his hands with the opportunity to close it out. We all know how that story ends more times than not!