Who Challenges USC on the Pac-12 Title Odds 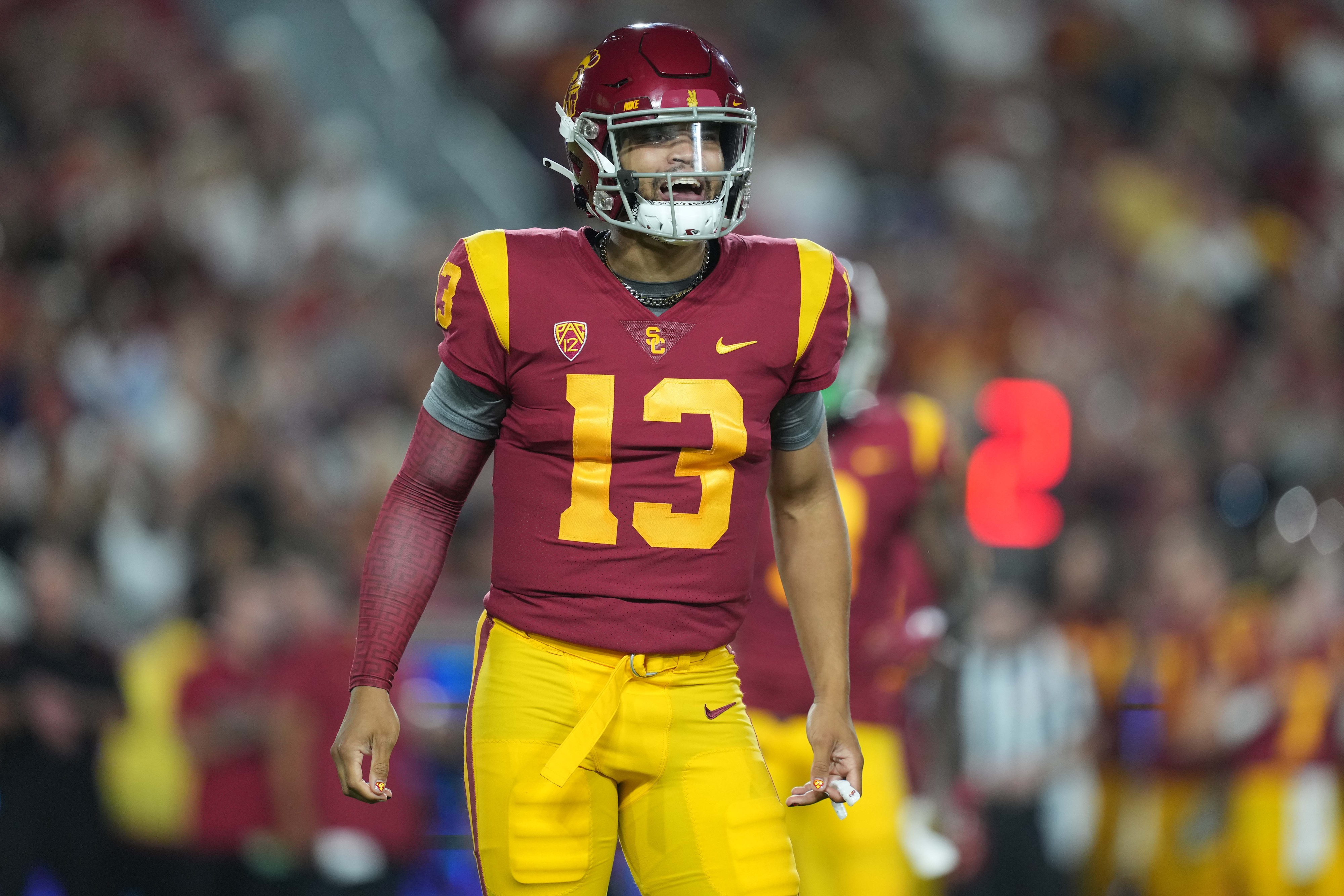 I was onto something back in August after recommending Utah, UCLA, and Washington State on the Pac-12 title odds as my favorite, underdog, and longshot selections. Though the Utes don’t currently sit in the catbird seat of the division standings, Kyle Whittingham’s kids are currently the favorites to take home bragging rights at PointsBet Sportsbook.

UCLA is one of three undefeated teams that remain in the conference regardless of running up against nobody with a pulse. Had Washington State not coughed up a double-digit fourth-quarter lead last week, the Coogs would still be in the running. With a month’s worth of action in the bag, it’s time to look at the top three teams atop the standings and see if they truly have what it takes to take home the conference title.

For all intents and purposes, Lincoln Riley’s first month overlooking the Trojans rebuild can only be described as a success. The team has gotten out to a perfect 4-0 SU start and covered three of those games against the college football betting odds. The lone non-cover just so happened to occur in its second conference road game up in Reser Stadium where the Oregon State Beavers certainly gave them their money’s worth.

Some fortuitous bounces and winning the turnover battle 4-0 allowed for the Trojans to pull out the gritty 17-14 non-covering win. With two Pac-12 road wins already under the belt, the path is there for USC to win the Pac-12 Championship Game for the second time in program history and even possibly snag a bid to the College Football Playoff for the first time ever.

It begins and ends with Oklahoma transfer QB Caleb Williams. The kid has gotten out to a blazing hot start through the first month of play racking up over 1,000 passing yards and a perfect 9:0 TD/INT ratio. His talent paired with a solid running game and one heck of a pass catching corps spearheaded by Pitt transfer Jordan Addison finds the Trojans ranked amongst the Top-35 in every pertinent offensive statistical category.

While the defense has given up its fair share of yardage on the ground (No. 100), it’s been solid defending the pass (No. 39) and has come up with the most takeaways in the country (14). Truthfully, all that stands in the way from seeing it all the way through is a road test in Salt Lake City on October 15. Win that game, and it might be darn near close to impossible for the selection committee to not include this team in the CFP!

CFB bettors are yet to truly see what the Bruins are all about with the team running up against what can only be described as a laughable cast of opponents. The list includes Bowling Green, Alabama State, South Alabama, and Colorado.

They went off the board as 27.5-point favorites on average and won all four by the aggregate score of 167-72! It’s telling that Chip Kelly’s kids offer up a 20-1 return to winning the Pac-12 right now regardless of offering up a +850 return before the season kicked off. The offense looks to be in great hands with Dorian Thompson-Robinson and Zach Charbonnet doing work, while the defense enters this week’s pivotal match with Washington ranked No. 20 overall while allowing just 18.0 points per game (No. 29).

That being said, it’s played absolutely no one and possesses longer odds than one-loss teams like Utah and Oregon. Sorry, but I’m no longer buying into the Bruins being a factor! While a win over the Huskies would change my mind, the rest of season schedule looks brutal regardless of getting most of the tough matchups at home.

When breaking the preseason odds down, my longshot selection was between both Washington schools. I only went with the Cougars because they had a coaching staff returning while the Huskies were breaking in entirely new coaching staff to go along with new faces on both sides of the ball. So far, it’s pretty safe to say Kalen DeBoer’s transfer in from Fresno State has been seamless with U-Dub kicking butt and taking names en route to logging perfect 4-0 SU and ATS records.

While the toughest opponent on paper was a revamped Michigan State team, the Huskies buried all opposition by an average of 25.0 points per game. QB Michael Penix Jr’s career has been revitalized in Seattle evidenced by Washington owning the nation’s No. 1 passing attack. Neither USC nor Utah is on the Huskies regular season schedule. That’s huge in the grand scheme of things and the main reason why I think this team can punch a ticket to the Pac-12 title game should it play its hand right.