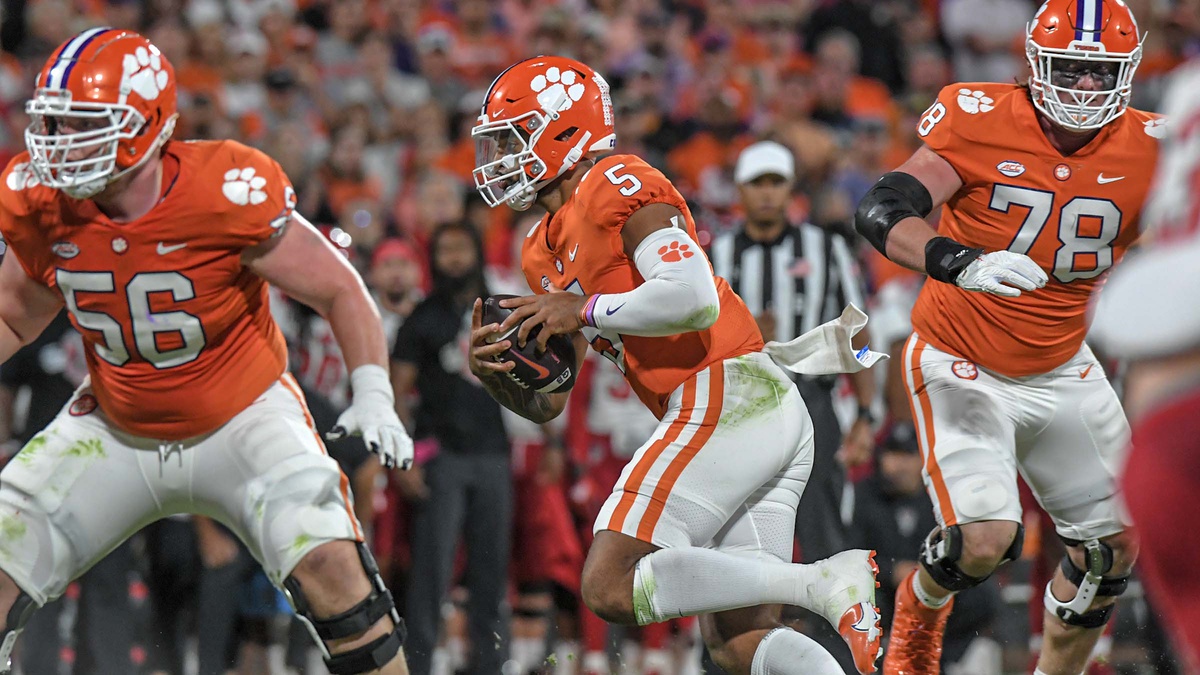 Back when I broke the ACC futures odds down back in the middle of August, the conference once again looked like Clemson’s to lose. Fast forward five weeks into the regular season and those sentiments remain intact. Now the decided -225 chalk take home bragging rights for the seventh time in the last eight seasons, Dabo Swinney’s outfit looks to be right on course to do just that. After easily disposing of NC State at home last week, it’s tough to envision any team in this weakened conference getting in the way of the Tigers punching yet another ticket to the CFP. I don’t want that. You don’t want that. We’ve been there and done that before. With that, let’s put the current offerings from PointsBet Sportsbook under the microscope and see if any teams have what it takes to spicen up the proceedings.

I wasn’t at all high on Dabo Swinney’s kids heading into the regular season. That’s why I recommended Miami, Louisville, and Boston College as my favorite, underdog and longshot selections to invest upon to win this conference. BC’s already suffered a pair of embarrassing losses in ACC play with Phil Jurkovec not excelling as expected. The Louisville call was horrendous, and Miami is yet to take on an ACC opponent and enters Week 6 off back-to-back losses to Texas A&M and Middle Tennessee State – not good! Clemson on the other hand has already logged wins against two of its toughest divisional opponents in Wake Forest and NC State. They looked good in both matchups doing it with the offense against the Demon Deacons and buckling down defensively against the Wolf Pack.

As bad a season D.J. Uiagalelei put forth last season, he’s making Death Valley forget about it right now by throwing for over 1,200 yards and a pristine 11:1 TD/INT ratio. He’s also rushed for another 240+ yards and four scores. The effort has seen him skyrocket up the Heisman Trophy odds leaderboard, and I still think there’s value at his current 50-1 offering at PointsBet. A number of landmines still remain on the docket. After this weekend’s visit to Chestnut Hill where they’re a 20-point favorite against the Eagles, it’s successive games against @FSU and Syracuse. Then it’s the bye and a trip to South Bend where the Irish will await.

The Tigers have looked better every passing week. I don’t foresee anyone getting in their way if that continues to be the case.

A quick gander at the current betting odds to win the ACC has Syracuse playing the role of one of the conference’s biggest overachievers. Dino Babers have made linemakers look foolish early on with their 250-1 initial return down all the way to 15-1 after the Orange bolted out to a 5-0 start which includes ACC wins over Louisville and Virginia. The out of conference triumphs weren’t impressive either with it defeating Wagner and UConn while luck boxing its way to a last second win over Purdue. So is this team really as good as its overall record suggests, or is it just a flash in the pan yet to run up against competitive opposition?

I currently lean to the latter. While the defense has been incredible ranking within the top-20 stopping both the pass (No. 19) and run (No. 17), you must take the caliber of opposition into account. While QB Garrett Shrader looks vastly improved in his junior season and Sean Tucker spearheads what looks to be a very capable rushing attack (No. 36), I still question whether Cuse can perform the way they have against tougher competition.

CFB bettors will learn much more about this team over the next two weeks with games lined up against the Wolf Pack and Clemson.

The biggest eye-opener on the board is undoubtedly the Dookies who’ve gotten out to a 4-1 SU start by way of logging wins against Temple, Northwestern, North Carolina A&T, and most recently Virginia whom it squashed in the ACC opener last weekend. The only defeat came in the form of a 35-27 loss and non-cover at Kansas in a game that could’ve gone either way. I got a firsthand look at the Blue Devils in that one being a die-hard Jayhawks fan, and came away very impressed with the way Mike Elko’s kids handled themselves in front of a packed Booth crowd.

Sophomore QB Riley Leonard is no joke! He’s the epitome of a gamer that can get it done with both his arm and legs evidenced by throwing for nearly 1,200 yards and a 7:2 TD/INT ratio while racking up another 260 yards and four tuddies with his legs. Duke excels at both running the ball (No. 27) and stopping it (No. 56), but leaves much to be desired when attempting to throw the ball (No. 71) or defend opponent’s aerial attacks (No. 85).