Which School has produced the Most NFL RB’s? 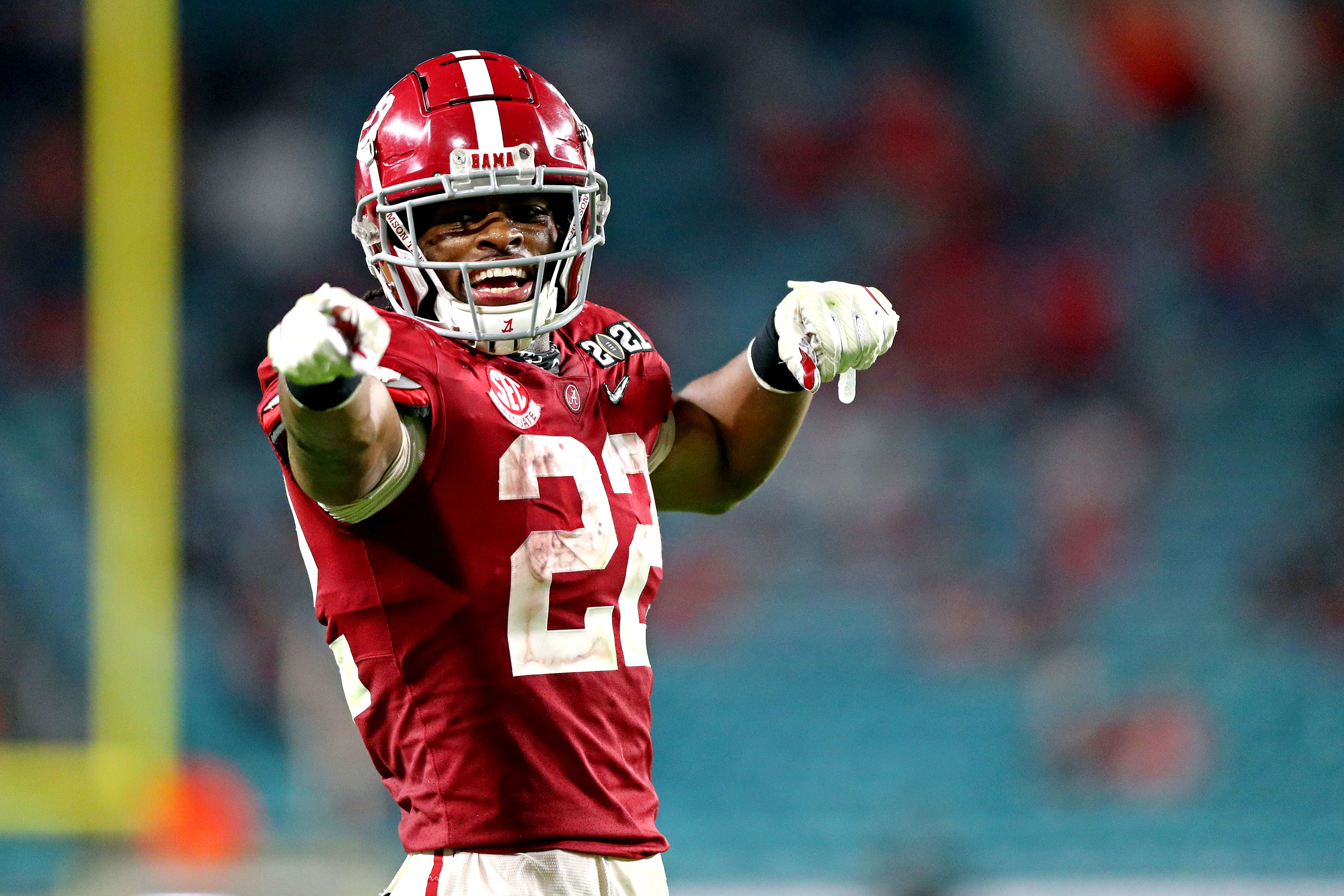 Jonathan Taylor just cruised to the rushing title in the 2021-22 NFL season by gouging opposing defenses for over 1,800 yards and a league-best 18 touchdowns.

He played his college ball in Madison for the Wisconsin Badgers who routinely churn out top of the line offensive lineman that the NFL has been more than happy to employ at the next level for decades. With a running back normally only as great as his front wall allows him to be, it goes without question that the best to ever play the game enjoyed a symbiotic relationship with those that opened holes for them to run through. But as great Wisconsin has been in the offensive trenches, there’s a program out there that’s been even better. And because of it, running backs out of the University of Alabama not only enjoyed fruitful NFL careers, but dominated throughout their time in the pros. The following is a breakdown of players from the school that’s produced the most successful NFL RB talent since the Super Bowl’s inception. Roll Tide = Running Back U!

It begins and ends with the King who has done nothing but plow his way to multiple rushing yards titles after winning the Heisman Trophy in his final year playing in Tuscaloosa back in 2015. Though his 2021-22 season was cut short due to a broken foot, he was on track to eclipse 2,000 yards for the second straight season after rumbling for 937 yards and 10 TD through only eight played games. Still in the infancy of his career entering his age 28 season heading into 2022, Henry still has plenty more reps in his legs which should be great for the Tennessee Titans and nightmarish for opposing defenses that get in his way. Now six years into his NFL career, no defender wants to get in front of this runaway truck!

It was quickly known that Alexander was a special talent when he ripped off 291 rushing yards and scored four touchdowns against the LSU Tigers as a redshirt freshman back in 1996. When his playing days at Bama ended, he walked away holding 15 school records to go along with 3,565 career rushing yards and 49 total touchdowns. The Seattle Seahawks would select him with the No. 19 pick in the 2000 NFL Draft. He’d win the MVP and NFL Offensive Player of the Year Awards in 2005 in which he led the league with 1,880 rushing yards and 27 touchdowns. Unfortunately, his overall production fell off a cliff following the bust out campaign and he’d go on to retire following the 2008 season.

Ingram’s sophomore season with the Tide resulted in him being able to put the Heisman Trophy on his mantelpiece after combining for just shy of 2,000 scrimmage yards and scoring 20 combined touchdowns. Believe it or not, but he was the first Alabama player to win the award and was also the youngest. He would go on to get selected by the New Orleans Saints with the 28th pick in the first round of the 2011 NFL Draft. His rookie season was a sign of things to come with a toe injury cutting it short. Injuries would plague him throughout his stay in New Orleans though he would produce two Pro Bowl worthy seasons.

The Pittsburgh Steelers got themselves a good one in Harris back in 2021 when they selected him with the No. 24 pick in the first round of the NFL Draft. One of the more decorated Crimson Tide running backs in the history of the program, Najee would finish his stay in Tuscaloosa the all-time leader in rushing yards (3,843), scrimmage yards (4,624) and touchdowns (57). Even with one of the league’s worst run blocking offensive lines paving the way in his rookie campaign with Pittsburgh, Harris still went on to rush for 1,200 yards and score 10 total touchdowns.

Jacobs didn’t put forth eye-popping stats while rushing the ball for the Crimson Tide from 2016-18, but he did help lead the team to a national championship and earned MVP honors in the 2018 SEC Championship Game against the Georgia Bulldogs. You can say he’s taken his game to the next level since becoming a member of the Las Vegas Raiders who selected him with the 24th pick in the 2019 NFL Draft. He went for 1,000+ yards in his first two seasons and has scored 28 touchdowns overall following the 2021-22 season.

A backup to Derrick Henry in his freshman season back in 2015, Harris learned from the best to help lead the Crimson Tide to a pair of national championships throughout his stay in Tuscaloosa. He logged two 1,000+ yard rushing seasons before being selected by the New England Patriots with the 87th overall pick in the 2019 NFL Draft. He didn’t get much burn in his rookie season and only got into 10 games a year later. 2021-22 was by far his best season to date after rushing for 929 yards and 15 touchdowns as the primary ball carrier out of the Pats backfield; when healthy.