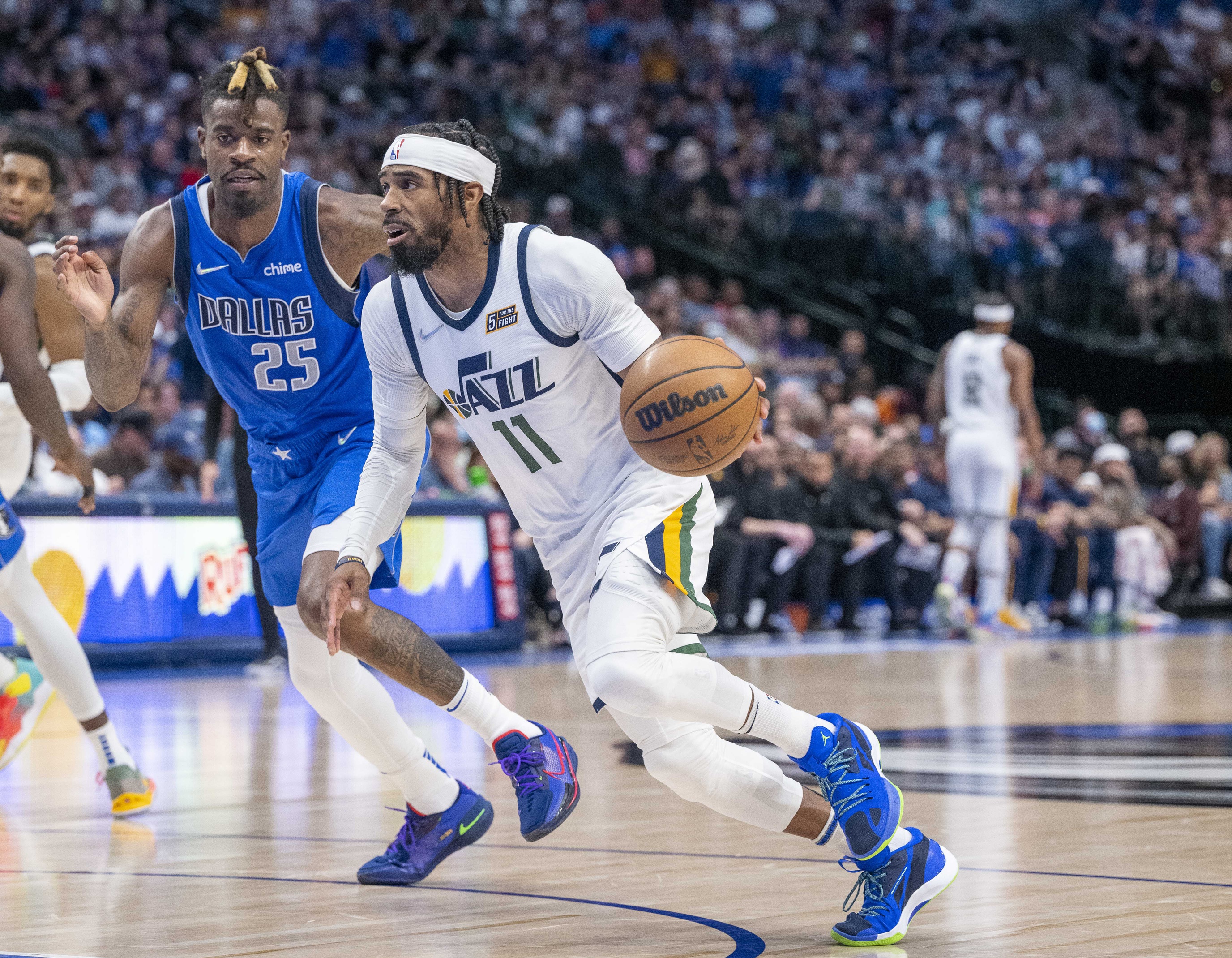 The NBA playoffs begin this weekend with four games on Saturday and four on Sunday. All eight games are on national television with ESPN getting the bulk of the games on Saturday, while TNT has the majority of the games on Sunday. ABC has two marquee games this weekend, as on Saturday it is the Denver Nuggets visiting the Golden State Warriors, while on Sunday it is the Brooklyn Nets at the Boston Celtics. We’ll look at two games for Saturday and two for Sunday. Let’s look at Weekend NBA Picks for Saturday, April 16 and Sunday, April 17.

The first game on Saturday has the Utah Jazz visiting the Dallas Mavericks. The Jazz are listed as a 5-point favorite at SugarHouse sportsbook. The odds in this may look a little strange because the Mavericks are the higher seed and at home, yet listed as the underdog. The Mavericks, however, are not expected to have superstar Luka Doncic in the lineup, as he is dealing with a calf injury. The question is whether Dallas can step up and win without Doncic in the lineup. Utah has been completely unreliable against the spread recently, covering just two of their last 11 games. They have just three wins against teams with winning records since the beginning of March. One thing I have learned over time is that teams will oftentimes step up in the first game when missing an injured player to make up for his absence. If Doncic misses this game I expect the Mavericks to rally as a team and if Doncic plays, the line is going to drop and we’ll get good value. Either way, I like the Mavericks plus the points in Game 1.

The Toronto Raptors visit thePhiladelphia 76ers on Saturday on ESPN and the 76ers are listed as a 5-point favorite. The 76ers have Joel Embiid who won the NBA scoring title this season and they have James Harden, but the Raptors are a tough team that plays excellent defense. The 76ers are a very hard team to trust, especially when laying points. This series could be a lot more competitive than people think and the Raptors have a real chance to win it. I’ll take Toronto plus the points in Game 1.

The feature game on Sunday has the Nets visiting the Celtics and Boston is listed as a 4.5-point favorite with a total of 224. This should be an excellent series, as the war of words has already started between the teams. The Nets have the star power of Kevin Durant and Kyrie Irving, but Boston has plenty of star power of their own led by Jayson Tatum. One thing we do know about this series is that it should be high scoring. When the teams meet, points are normally plentiful. Seven of the last eight, including the last four have gone over the total. I’ll take Game 1 over the total.

One of the games that looks like a mismatch this weekend is the matchup between the Bulls and Bucks. The Bucks are listed as a 10-point home favorite. These teams were separated by just five games in the NBA standings and yet, the Bucks are big favorites in Game 1. Normally in the NBA Playoffs I immediately look to take the points because the favorites are almost always overvalued. In this case it is hard to make a case for Chicago. They simply don’t match up well with the Bucks. Milwaukee has won 9 of the last 10 in this series, and they are 7-3 ATS. I’ll lay the points and take the Bucks in Game 1.