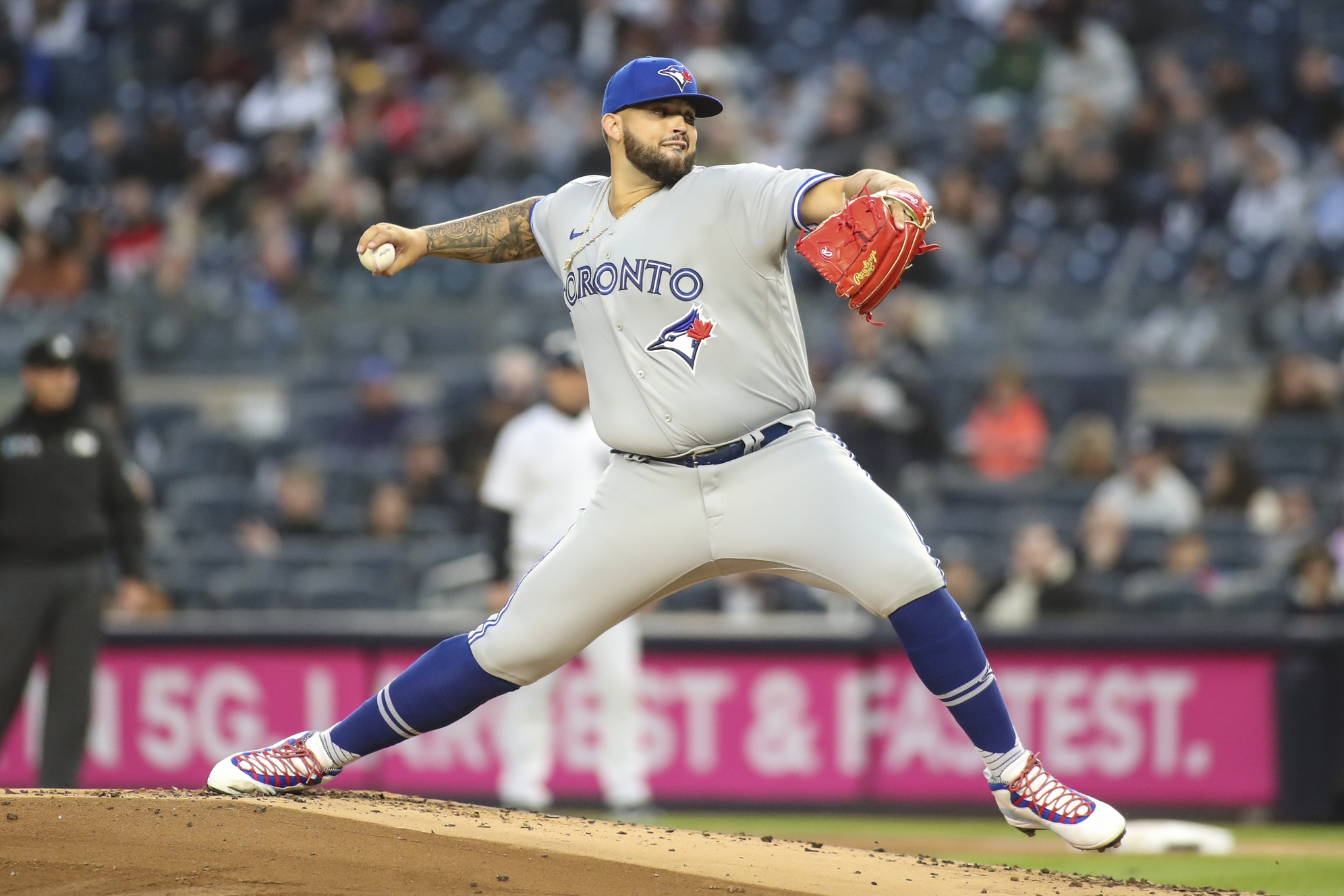 Not a bad showing for my weekend MLB Best Bets’ debut! We ended up cashing five of seven tickets and pulled in a shade under $400 worth of baseball betting profit at SugarHouse Sportsbook. We ended up sweeping the board on Saturday with Dylan Cease soaring past his K prop, the Cardinals defeating the Buccos while also covering the run-line, and Thor showing well in his Halos debut to defeat the Astros. Sunday started off with a nice big dog ticket cash on the Reds at Atlanta, but we’d drop our next two positions on Kansas City and Tanner Houck’s K prop. With inflation running wild and no end in sight, we’ll take nearly four units of profit every weekend! Let’s run it back this weekend – here’s my best bets to close out the week.

Only the Braves, Nationals, Padres, and Orioles have struck out more times than the A’s to this point of the season. With a near 25 percent strikeout rate against right-handers, I’m thinking Alek Manoah will find himself in a prime spot to tally some impressive counting stats in his second start of the year. He dazzled in the first go round by tossing six innings of shutout ball at the Yankees. Though four free passes were issued, he also tallied seven K and only allowed one hit. The kids a flat-out stud and linemakers continue to whiff on his K prop every passing start. Oakland’s middle of the pack at taking walks. If Manoah limits them in this spot, he could go for 10+ punch outs! Hit the over of his K prop and bet some alternatives for juicier returns.

How about those Cleveland Indians… I mean Guardians! Terry Francona has gotten this squad out to an impressive 4-2 start by way of the offense clubbing opposing pitching to the league’s top-ranked scoring average (7.5), batting average (.308), and OPS (.907). It also ranks No. 6 in both home runs (9) and stolen bases (6). Shockingly, the starting pitching has been wretched but that wasn’t the case in Cal Quantrill’s first outing against Kansas City. I’m not a believer in Tony Disco who got raked in his first showing against the weak-hitting Marlins. Gimme the Tribe… I mean Guardians!

There isn’t much to get excited about when it comes to the Redlegs with the team getting out to a sluggish 2-4 start with the offense ranking out amongst the worst in the league in batting average (No. 27) and OPS (No. 28). That being said, this Hunter Greene kid is something special. He came through for us last week by tossing five innings of 3 ER ball and serving up seven strikeouts. It’s the latter output I’m most interested here. Though LA is as patient as they come and are tough to send down via the K, I believe in this youngster – hit the over of his K prop in a potential pitcher’s duel with Julio Urias.

It’s hard to swallow, but we’ll be laying some decent sized chalk with Michael Wacha in this spot against a Twins offense that to put it mildly stinks out loud right now. Maybe a change of scenery rectifies the situation, but I’ll be betting against that occurring in the third game of this four-game series. Bailey Ober hardly impressed in his 2022 debut tossing five innings of 4 ER ball with a 4:2 K/BB ratio. Wacha wasn’t impressive either, but Boston seemed to have discovered its offensive stroke in Detroit and this is a matchup Rafael Devers and Co. should thrive in.

Anytime Martin Perez and his career 6.0 K/9 average takes the bump, I’m going to look to fade the team he’s pitching for. Especially when running up against an Angels offense that should be vastly improved with a healthy Mike Trout nestled in near the top of the order. Jose Suarez struggled mightily in his season debut against a sound Astros batting lineup, but he gets a reprieve here running up against the Rangers who managed five total runs in two home games against Colorado earlier this week. I’m banking on the Halos hanging a crooked number in this one!

The finale of this four-game series pits Drew Smyly up against Austin Gomber in a battle of southpaws. The former was nothing if not blah in his debut tossing five innings of three-hit shutout ball while registering a single strikeout. The opponent – the Pittsburgh Pirates; enough said! Gomber tallied four through 4.2 innings but also gave up 3 ER and walked a pair. The Rox have already squared off against three lefties and are 3-0 in those games while batting .320 as a team (No. 4) and scoring an average of 6.3 runs per game. Too much C.J. and KB in this one backed by the league’s No. 1 rated bullpen – Slam Your Man!