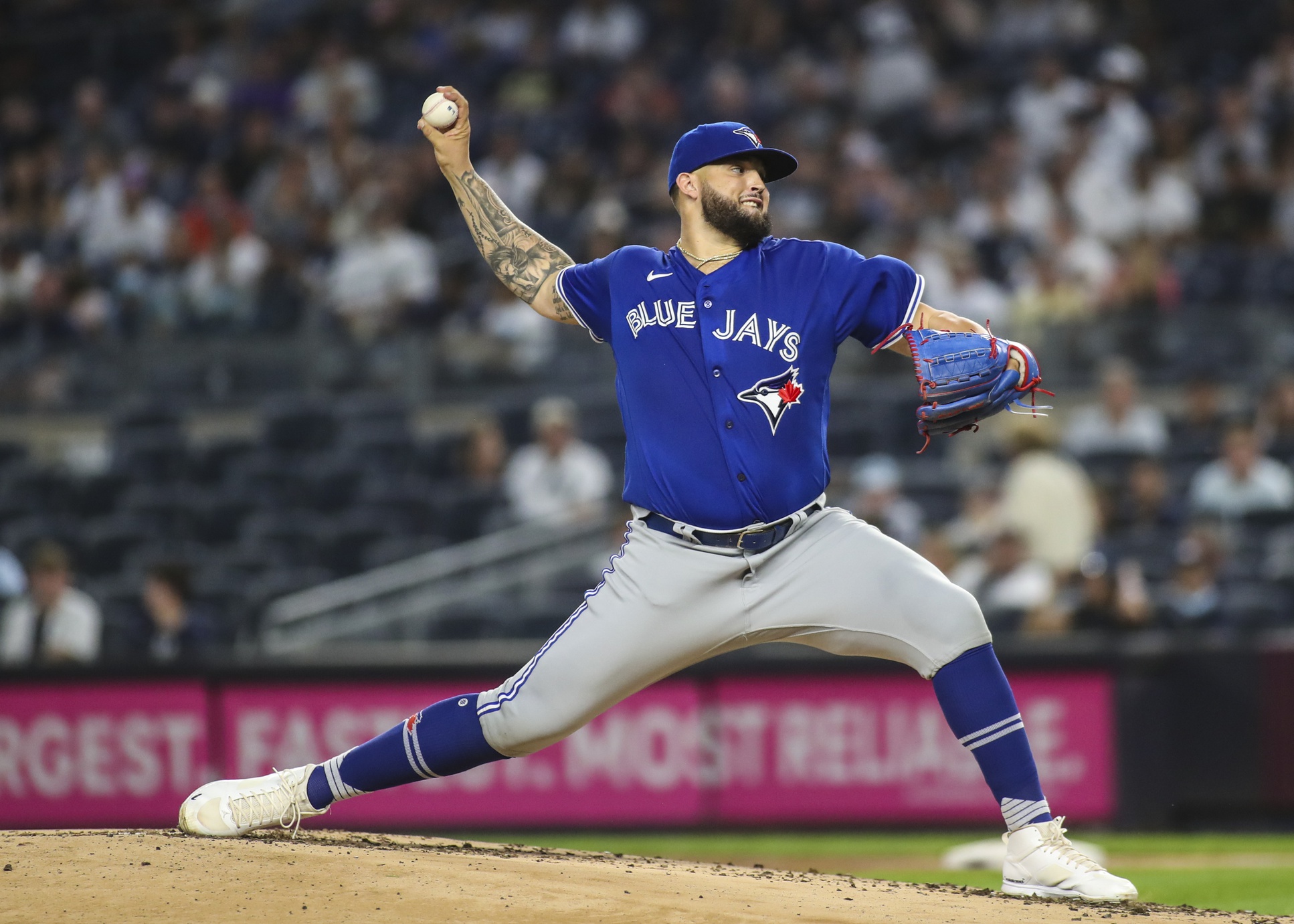 So I learned something this past weekend. When you make a series wager at SugarHouse Sportsbook, the bet only counts the first three played games regardless of whether it’s a four-game series. As such, I cashed my series bet on the Reds over the Pirates due to Cincinnati winning two of the first three games. Unfortunately, my Weekend MLB Best Bets took the brunt of it with both recommendations to back the Reds on Saturday and Sunday going up in flames. Thankfully, Hunter Greene was able to surpass his K prop to limit the damage. I didn’t bet the D’backs on Saturday due to Kyle Hendricks starting in place of Justin Steele. The remainder of my selections went 4-2 overall moving us to 5-4 for the weekend and up a modest profit. Here’s to hoping weather and expected pitching matchups all play out this weekend. The following are my MLB best bets for this weekend - Slam Your Man!

Alek Manoah was outdueled by Tampa Bay’s bullpen in his last start after tossing six innings of 1 ER ball while only logging 4 K and no walks. Since winning his first four starts, he’s got a loss and two no-decisions to show in his last three turns. I fully expect him to be back to his dominant self for start No. 8 against a punchless Cincinnati offense that scored a grand total of one run in its final two games of the series against the Buccos. Hammer the over of Manoah’s total outs prop as well as his K prop and look for him to show youngster Hunter Greene what it takes to routinely excel at the MLB level.

The Fightin’ Phills just went into Chavez Ravine and took three of four from the World Series favorites. It was no small feat as they outscored LA 29-20 in the three triumphs before dropping a 5-4 decision in the finale. Aaron Nola was in line to log the win in that game after hurling seven innings of 2 ER ball with 8 K, but his bullpen spit the bit late. Since getting out to a rocky start, the right-handers been lights out at home having allowed just four hits and 1 ER through 14 IP in his last two showings against the Mets and Brewers. Positive regression looks to be in his corner right now, so I’ll back him as a short to midrange fav against whomever the Dodgers decide to throw at him.

So are we supposed to be buying into Brad Keller now that he’s logged quality efforts in five of his seven made starts? A deeper look under the hood dictates a pitcher with a 4.05 FIP that’s nearly 1.5 runs higher than his 2.89 ERA. He’s striking out just 5.2 batters per nine innings while issuing close to 2.0 BB/9. He’s been the benefactor of an extremely easy schedule thus far, but I got a sneaking suspicion that changes Saturday running up against the AL Central leading Twinkies. Paired with Joe Ryan being a dark horse AL Cy Young contender, I’m riding Minny both for the first five innings as well as the full game. Hit Minnesota on an alternate line as well since I foresee Byron Buxton and Co. hanging a crooked number!

Detroit’s pitching staff has been chewed up and spit out by the injury bug. Because of it, a bullpen arm like Beau Brieske has been asked to eat innings regardless of getting peppered in just about every one of his five starts. The rookie’s the owner of a 5.13 ERA and 6.66 FIP all the while walking an average of 3.8 per nine while averaging just 5.1 K/9. On top of that, he’s conceded an average of 2.4 home runs per nine. Think Jose Ramirez is licking his chops?! Triston McKenzie impressed me last week by being up to the task of battling Joe Ryan inning for inning at Minnesota. While his 8.4 K/9 is down from his 10.1 career output, so too is his BB/9 which is nearly two fewer than 2021. If that trend continues, this could be his bust out campaign! I’ll back him and the Tribe offense on the money and run-lines with it likely to bludgeon the Tigers pitching staff.

Freddy Peralta is one of the more electric starting pitchers in the league evidenced by his career 12.1 K/9 and 6.5 Hit/9 averages. He looks to be in a groove right now as well having racked up 32 strikeouts over his last four starts. That being said, he’s only gone 23.2 innings in those outings. Quality starts aren’t part of his “MO” due to his inability to go deep into games with regularity. Fresh off tossing seven shutout innings with 10K at the Braves, linemakers will hang an inflated K prop for this start against the last place Nats. However, Washington has been one of the tougher teams to strikeout this season with it only doing so 22 percent of the time (No. 5). Versus righties, it only jumps to 23 percent. I’ll fade the public and hit the under of his K prop!

We’ll close the weekend out with a few positions in the Sunday Nighter between the Pale Hose and Bronx Bombers. Dylan Cease was served up a big ‘ol slice of humble pie in his start against the Yankees last weekend. Though he racked up 11 K, he also served up 6 ER and 2 HR through four innings. I’m expecting a bounce back this evening and will lay the absurd juice on the over of his K prop. The kid owns an insane 13.8 K/9 for crying out loud! I also expect Jameson Taillon to go deep into this one with the right-hander coming out victorious in each of his last three starts. As long as his pitching outs prop is no higher than 15.5, I’ll be on the over. It’s going to be hot and humid at Yankee Stadium for this game. With that, look for both offenses to have enormous issues launching balls into the cheap seats. Gimme the under for the first five and full game in what I expect to be a hotly contested pitcher’s duel.