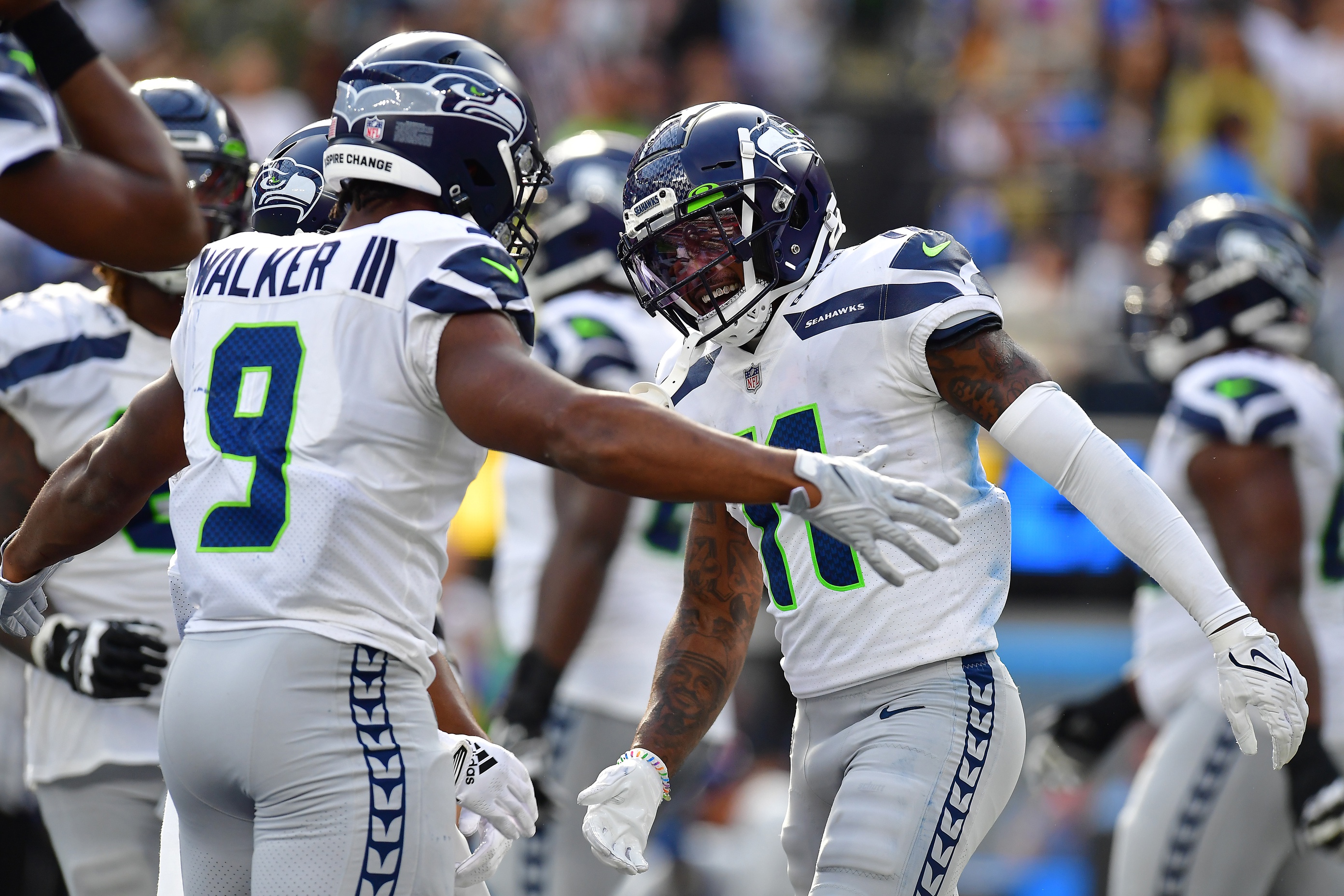 If nothing else, we afforded ourselves some line value by snagging a piece of Malik Willis last week before he did very little to move the needle in his first official NFL start against the Houston Texans. Though the effort did nothing to improve our chances of cashing the ticket in, there’s still plenty of time and opportunity for him to become a major player.

For the second straight week, Kenneth Walker III remains atop the heap on the Offensive Rookie of the Year Award odds after scoring a touchdown for the fourth straight week. His odds to win this award currently offer up next to nothing in terms of line value.

That however isn’t the case with a handful of other players that I believe to be worthy of taking fliers on right now over at PointsBet Sportsbook with Seattle’s RB1 hogging all the headlines. It’s all about getting the most bang for your buck when it comes to tackling the futures odds market, and these guys are bursting with value right now after lying dormant the last few weeks.

I understand it’s tough to get excited about London who is an extremely hard sell considering how allergic the Falcons have been to throwing the pigskin. Only the Chicago Bears (40.1%) have thrown it at a lesser percentage clip on average than that of Atlanta (42.4%). That could change dramatically down the road once upper management decides to look to rookie QB Desmond Ridder.

For that to occur however, Atlanta would need to lose its grasp of the top seed in the NFC South. Why move Mariota if you keep winning? So for futures bettors to have any shot of cashing this ticket, we’re going to need a quarterback change. Here’s to hoping Atlanta crashes back down to earth in short order!

I made my affinity for the Steelers rookie quarterback made known way back in Week 1 when I suggested betting Pickett to win the award at a 14-1 return. Nothing’s changed! I know the former PITT Panther has looked overwhelmed over the last month, but you must take the caliber of opposition he ran up against into account.

How would you like to start your professional career off against the Bills, Buccaneers, Dolphins, and Eagles? The schedule is going to open up nicely out of the bye the rest of the way affording the first QB selected in this past year’s NFL draft to make hay!

Sorry, but Garrett Wilson, Wan’Dale Robinson, and Romeo Doubs don’t deserve to have shorter odds at PointsBet to win the OROY Award than Pickens. Save for Chris Olave and Drake London, the former Georgia Bulldog looks to be one of if not the premiere pass catcher of this past year’s draft class. His path to getting more work was made a bit clearer at the trade deadline when the Steelers jettisoned Chase Claypool to the Chicago Bears.

This is the second time in the last three weeks that I’ve made mention of the Broncos rookie tight end. Nathaniel Hackett pissed a number of fantasy players off by more or less benching Albert Okwuegbunam in favor of the UCLA product a few weeks back, but the Bruin has taken advantage of the opportunity by turning his 17 overall targets into 12 receptions, 182 yards and a touchdown.

For one reason or another, PointsBet hasn’t adjusted Dulcich’s offering since last week. It still clocks in at 100-1! Maybe it has something to do with the Broncos on bye and they mistakenly overlooked it. Either way, that’s line value folks – go get it!