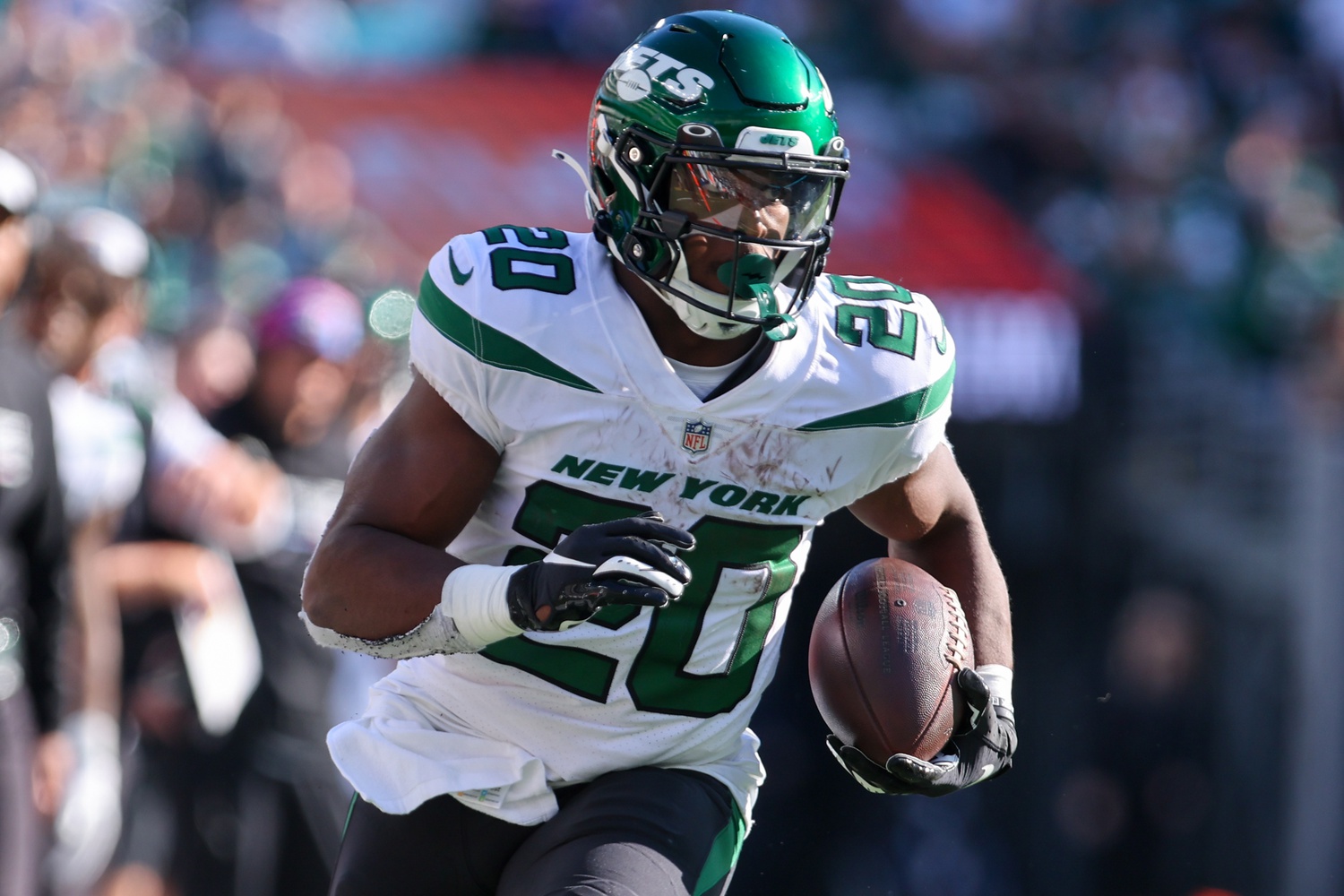 A player remains favored to win the NFL Offensive Rookie of the Year Award for the first time all season. That player just so happens to be Breece Hall who continues to hook his fantasy and player prop backers up at PointsBet Sportsbook every passing week. Hat tip to the rookie for seizing control of New York’s RB1 job and running away with it! Does that mean we should stop making investments on the futures odds? Heck no! This market can swing in the blink of an eye with new players making impacts any given Sunday.

Let’s break down some of those major moves in this week’s installment of the OROY update.

*All remaining players greater than 125-1

I made mention of Zappe a few weeks back when it was announced he would be running with the ones while Mac Jones tended to his injured ankle. Now that he’s thrown for 596 yards and a 4:1 TD/INT ratio and more importantly led the Patriots to two straight dominating wins over the Lions and Browns, there just might be a quarterback controversy brewing in Foxboro. If in fact the Western Kentucky product has seized control of the QB1 spot in New England, Zappe is going to compete for the OROY Award the remainder of the year.

We already saw a precipitous drop in his payback dropping from 100-1 to 30-1. After throwing for 309 yards and a couple scores last week, the rate of return is down to 14-1. If “The Hoodie” ultimately decides to sit Jones and run with the rookie Monday night, he might’ve taken control of the QB1 slot. Then again, it’s Bill Belichick so maybe not.

All it took for Brian Robinson Jr. to see his odds of winning this award go from 50-1 to 20-1 is carry the ball 26 times for 82 yards and a touchdown over the last two weeks. That goes to show just how fluid the Offensive Rookie of the Year Award futures odds are every passing week. Ron Rivera seems to have a crush on the former Alabama running back, but I’m not at all sold on this kid making a true run for the award.

While a steady performer for the Crimson Tide, he never wowed me. As such, I’m not buying into Robinson Jr. competing with Hall and or Dameon Pierce as the top running back of the rookie class.

The Colts offense has gotten out to a wretched start to the 2022-23 NFL betting season. Much of that had to do with Jonathan Taylor being forced out of commission due to incurring a high ankle sprain back in Week 3. Even so, the rookie wide receiver has been a reliable option for Matt Ryan to depend on. Since garnering just two targets in the shocking opening week tie against the Texans, Pierce has been targeted a total of 27 times from Week 2 through six and turned those looks into 271 yards and a touchdown.

Because of it, the former Cincinnati Bearcat’s odds of winning this award have been nearly cut in half from 40-1 to 22-1. That being said, I’m not sure he has the juice to ultimately take home bragging rights being the third option in the offense at best.

The New York Football Giants have been one of the biggest surprises of the young season in getting out to a 5-1 start. To date, the offense has been all about Saquon Barkley rushing and catching passes out of the backfield with another rookie – Daniel Bellinger – sprinkled in. NY’s wide receiver corps has been destroyed by the injury bug, but it just might have a pulse now with Wan’Dale Robinson seemingly healthy and back on the playing field.

His three receptions for 37 yards and a touchdown last week against the Baltimore Ravens saw his odds of winning the OROY Award go from 150-1 to 40-1. That’s seriously all it takes to get some major looks from the betting market. I still don’t know how much of an impact this kid will make, but he was a target monster in college and should dramatically change the look NY gives opposing defenses now that they can’t hone in on No. 26 every passing down.

Two receptions for 44 yards and a touchdown saw the former UCLA product’s odds plummet from 250-1 to 100-1 in the blink of an eye. The move likely isn’t one to make a big deal about, but the tight end position is more or less a fantasy wasteland. If this kid actually becomes a playmaker for the Broncos struggling offense, his rate of return could get even shorter. Keep an eye on Dulcich just to see if his utilization was real or not.