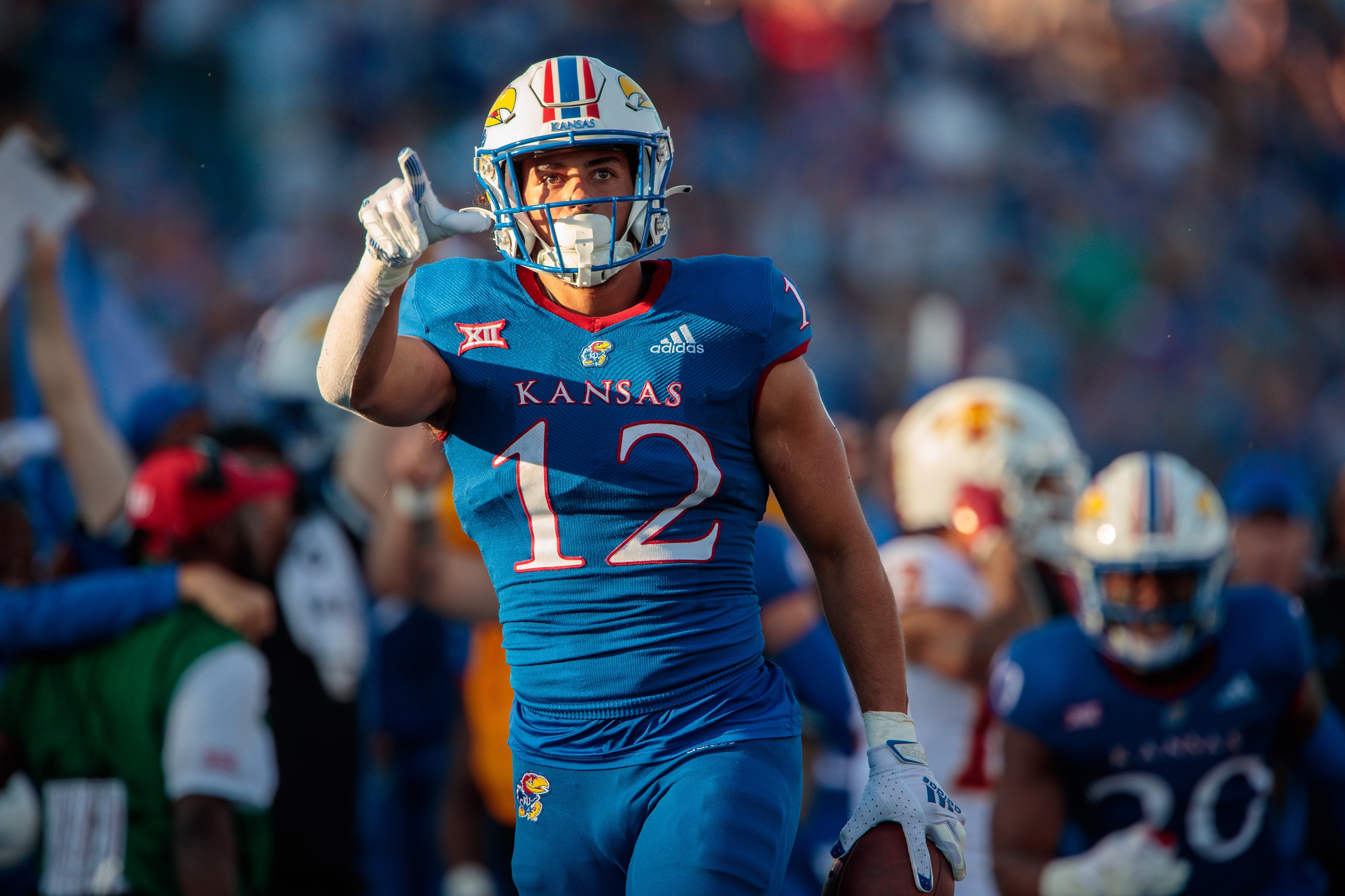 After three weeks of success and some really nice hits, we were due for a dud. However, it’s easy to take heart in our winless performance last week as one of our parlays failed to cash by a measly three points, and the decision to back Colorado State to win its first game of the season was the right one. The only pick that doesn’t look good in retrospect was Arkansas State. The Red Wolves dropped to 2-4 on the year with a home loss to No. 25 James Madison, but even that was a one score game until the fourth quarter.

We are still comfortably in the black this season, so let’s get on with the picks for Week 7 of the college football season.

For the second straight week, we are backing the Kansas Jayhawks. Kansas may have fell from the ranks of the unbeaten after last week’s loss to TCU, but the Jayhawks showed a lot of heart after losing starting quarterback Jalon Daniels due to a shoulder injury. Jason Bean did all you could want a back-up QB to do in relief, completing 16 of 24 passes for 262 yards with four touchdowns and an interception, and he’s likely to get the start against Oklahoma this week.

Oklahoma is in disarray after three straight losses and two straight absolute beatdowns. TCU dismantled Oklahoma 55-24 two weeks ago, and Texas dealt Oklahoma its worst loss ever in the Red River Rivalry last week. It’s been a long time since a perennial contender has fallen as fast as the Sooners have this season, and the sportsbooks aren’t adjusting well enough given the circumstances. Brent Venables has not been able to fix the defense, and this offense is in a world of hurt if Dillon Gabriel is unable to play once again this week.

As for the other side of this parlay, the question being asked is if not now, then when for Tennessee. Nick Saban has led Alabama to 15 straight wins over the Volunteers in this rivalry, and most of those victories have been blowouts. Josh Heupel has done an excellent job with Tennessee though, and he has the Vols off to a 5-0 start this year. Hendon Hooker continues to thrive in this offense and now has 41 touchdowns and three interceptions with Tennessee, and although top receiver Cedric Tillman has been ruled out for this game, that pales in comparison to the situation Alabama is facing with Bryce Young.

Young suffered a shoulder injury against Arkansas two weeks ago, and he sat out of last week’s game against Texas A&M as a result. His status is up in the air for this week’s game, and that’s worrisome considering some of the struggles that backup Jalen Milroe had throwing the ball against the Aggies.

There is a lot of action on USC coming into this game as the Trojans are riding high at 6-0 under Heisman Trophy contender Caleb Williams. They have had some hiccups on the road despite their sterling record though, as they struggled with both Stanford and Oregon State outside of Los Angeles. Utah has given USC trouble with its strong ground game in recent years, and the Utes could run all over this front seven.

Oregon State’s only two losses this season were against USC and Utah. The Beavers have looked good against everyone else, and they have performed very well at home. Although the quarterback play hasn’t been great, the defense has been solid, and the ground game has been able to move the chains. Washington State’s big win on the road against Wisconsin in Week 2, doesn’t look nearly as impressive as it once did given the struggles the Badgers have had this season. The Cougars struggle on the road, and this is their second straight game away from Pullman, which has historically been a bad omen for this program.