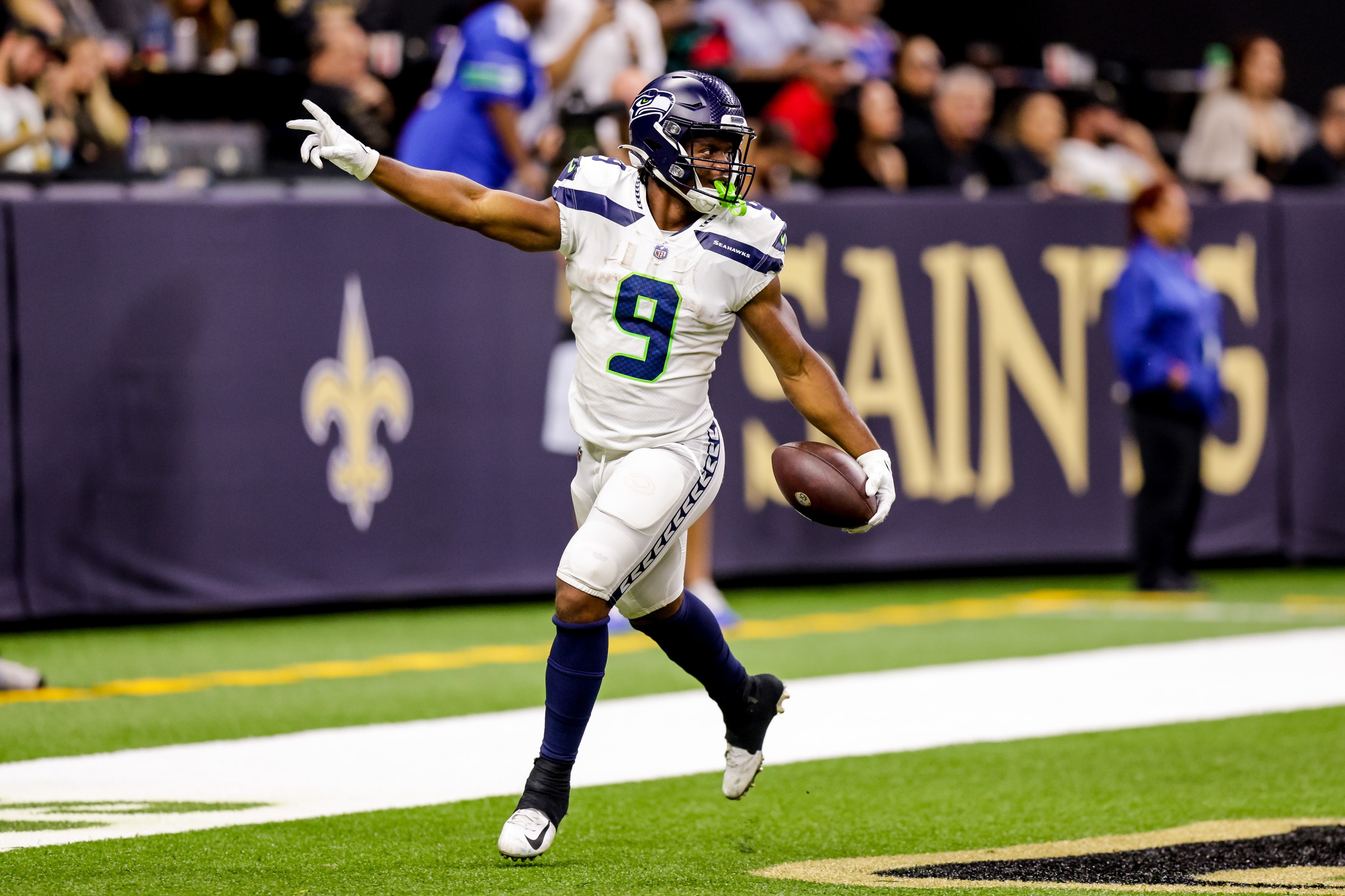 We got another new name favored to take home the NFL Offensive Rookie of the Year Award with another week in the books. That distinction now belongs to the New York Jets Breece Hall who headlined last week’s breakdown of the current odds to win the award over at PointsBet Sportsbook. The running back position now hogs the top two spots with the Houston Texans Dameon Pierce also making waves.

Before you think the winner of this award has been decided, thing again! There’s still plenty of time for a player to come from out of nowhere and take home bragging rights. I’ve got five names you should invest in now before the market catches wind of them and the line value evaporates; much like it did for the current frontrunners.

Kenneth Walker Jr. was a popular waiver wire addition in fantasy circles this past week once Rashaad Penny went down with a predicable season-ending injury. My home league is uber-competitive, so the rookie was never made available to me on the waiver wire. That didn’t stop me from hoping his owner would drop him every passing week. Unfortunately, Penny’s injury occurred much earlier than I would’ve liked. Had he remained in the huddle a couple more weeks, I might’ve been able to scoop him on the cheap due to byes.

Though we’re not getting the best of the number, I still think there’s value at 14-1. It might even swell back up following this week’s assignment against Arizona’s No. 5 ranked run defense. Regardless, you’re going to want shares of this burner that can do damage both on the ground and through the air much like his comparable – LaDainian Tomlinson – did back in the day.

After managing just 22 yards on nine carries against Jeffery Simmons and the Tennessee Titans stout run defense in last week’s season debut, Brian Robinson Jr. looked much more confident Thursday night against the Chicago Bears. He turned his 17 overall carries into 60 yards and his first professional touchdown. It figures to be the first of many with Ron Rivera giving him a bulk of the carries over incumbent Antonio Gibson who only got his number called five times.

Now the primary ball carrier for the Commanders who sorely need some kind of spark to light the offense, good things look to be on the horizon with this kid toting the rock. But now before he gets a shot at the Packers porous run D next week!

The Bucs rookie has seen his playing time increase dramatically over the last few weeks, and he’s made the most of the opportunities. He’s been the benefactor of a 40 percent snap share and 38 percent route participation which means this kid is a dual-threat that will excel if given a chance to shoulder a majority of the load. For that to occur, Uncle Lenny will need to succumb to an injury. If you’ve been following the former LSU product’s career, you know that injury is bound to occur.

RB1 on a Tom Brady-led offense is something most any running back would clamor for. It’s going to happen. When it does, you’ll be thrilled you have a piece of Rachaad White at 50-1!

I’ve already written about this kid numerous times this season regardless of him not even playing a single snap for the Lions. That time is going to come! When it does, I firmly expect Jameson Williams to resort either D.J. Chark or Josh Reynolds to the bench and never look back. This kid went for nearly 1,600 yards and caught 15 touchdowns his final season in Tuscaloosa before ripping his knee apart in the title game back in January.

He’s said to be nearing a return and Dan Campbell already let it be known that a determination will be made following the Week 6 bye as to whether he’ll be taken off the reserve/NFL list. His time is coming and you should be psyched about what this talented specimen will have in store for us!

Now this is ludicrous! I’ve banged the drum for Treylon Burks a number of times already this season, and I won’t stop banging it until Tennessee finally realizes what it has in the former Arkansas Razorback. His odds to win the OROY Award have plummeted due to him coming up with a foot injury and the Titans going on bye.

He should be ready to go coming out of it, and he’ll get three straight plus-matchups to take advantage of when he gets back. 250-1 is an egregious rate of return PointsBet is currently offering up right now, and it must be taken advantage of with a beer money investment at the very least.