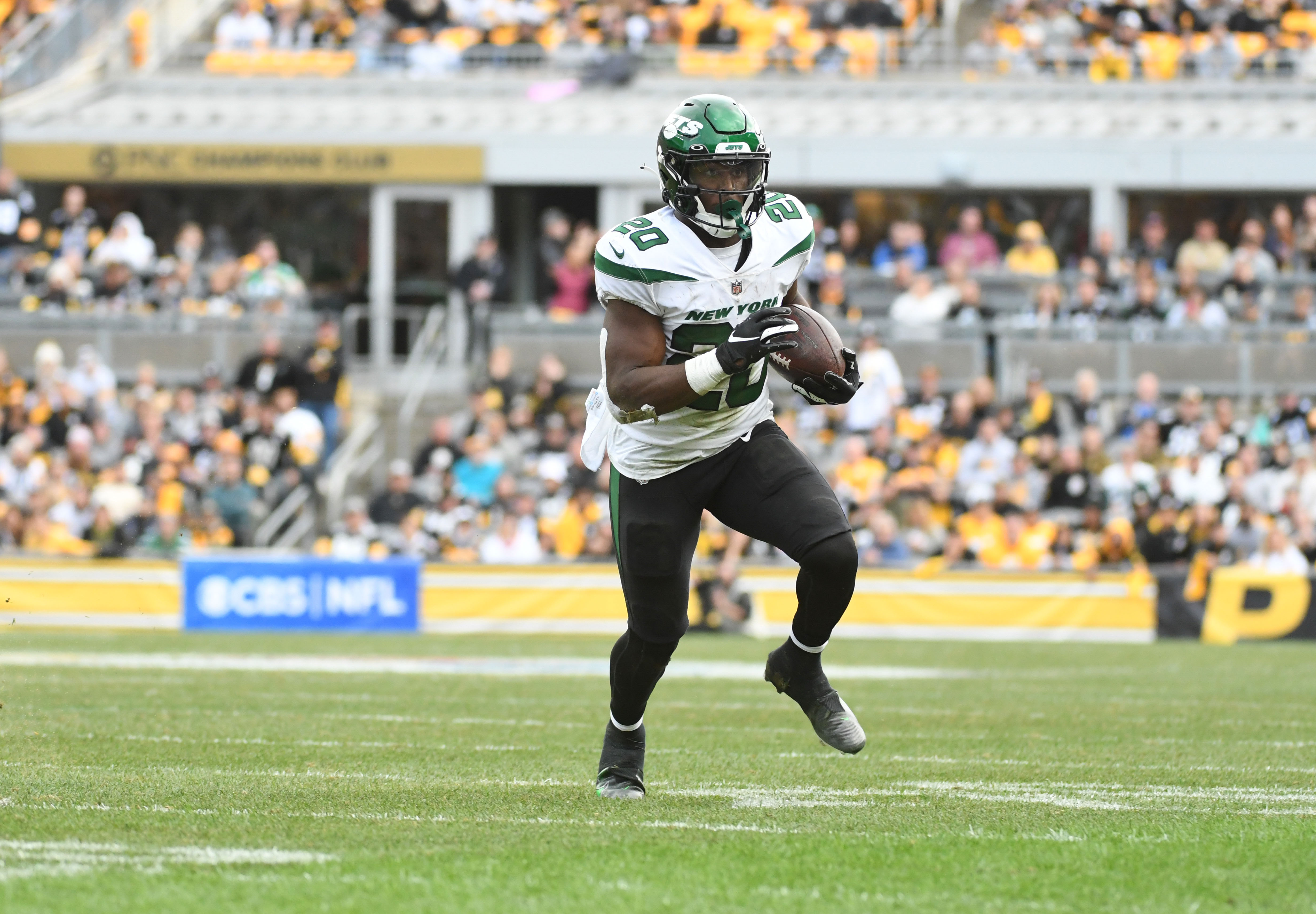 The race for the NFL Offensive Rookie of the Year Award is alive and well heading into Week 5 over at PointsBet Sportsbook! The Saints Chris “Air Yards” Olave became the first player to remain favored in successive weeks to take home bragging rights. There has however been some noticeable movement from other players and I wanted to dig into these unforeseen risers and see which ones make a case to be added to your futures odds portfolio right now. Things have started to get real interesting with this race, so let’s not waste any more time and get down to business!

Leading up to last week’s clash with the Steelers in Pittsburgh, the Jets rookie running back was playing second fiddle to incumbent Michael Carter. The script flipped this past Sunday however when Breece Hall logged 17 of the 26 running back carries and turned them into 66 yards and the first rushing touchdown of his young career. He was also targeted six times to Carter’s two which makes it seem like the Iowa State product has been afforded primary running back duties. While a RB hasn’t taken home this award the last three years, the larger workload could see his odds of winning this award get dramatically reduced in short order should he continue to excel at the rate he has through the first month of the season.

The Chiefs rookie running back saw his OROY Award odds shorten up from +4000 to +2500 this past week after turning his 11 carries into 63 yards last Sunday night against a stout Tampa Bay run defense. The outing marked the second time to date that Pacheco surpassed the 60+ yard plateau by way of receiving a double-digit carry load. This kid runs with determination, and he looks fully able to carry the load should – actually when – Clyde Edwards-Helaire succumbs to the injury bug. Look like Andy Reid snagged a good one late in the draft!

If not for the Colts second round draft pick out of Cincinnati, Indianapolis would’ve never been in a position to log an ugly 12-9 overtime win in Denver on Thursday night. He would go on to out-target Michael Pittman Jr. 9-8 and hauled in eight receptions that were turned into 81 yards with a long of 17. Definitely not a stat line that jumps off the page, but a number of his catches allowed for Indy to move the chains and keep drives moving along. The Colts offense is in dire need of someone to step up. If Pierce is that guy, he could catapult himself up the leader board!

Atlanta enters Week 5’s tilt with the division rival Buccaneers owners of the league’s No. 4 ranked rushing attack that’s averaged 168 yards and 5.1 yards per carry (No. 6). The Falcons offensive line has been noticeably better than expected at the season’s outset. PFF had the Dirty Birds front wall clocking in at No. 31. It’s currently just outside the top-20. With Cordarrelle Patterson on the IR for at least the next four weeks, opportunity is there for Allgeier or Caleb Huntley to take over the RB1 duties. The betting market looks to be bullish on the BYU product doing just that with his odds to win this award more than slashed in half!

Of all the players listed this week, Zappe is the one that likely has the best shot of all of them to win this award. Not because he’s the end all be all, but because he is a quarterback and that position has taken home the spoils six times since the 2010 season. It looks like he’s going to get another run as the QB1 on Sunday when New England welcomes the Lions into Gillette. Detroit owns the worst defense in the league. Though Zappe didn’t light the world afire on Sunday versus the Packers, he didn’t crap the bed either completing 10 of 15 passes for 99 yards and a touchdown. Would it be possible “The Hoodie” continues to ride him if he goes out and throws for 250+ and a few scores? I don’t’ think he’s sold on Jones, so it wouldn’t at all be shocking.