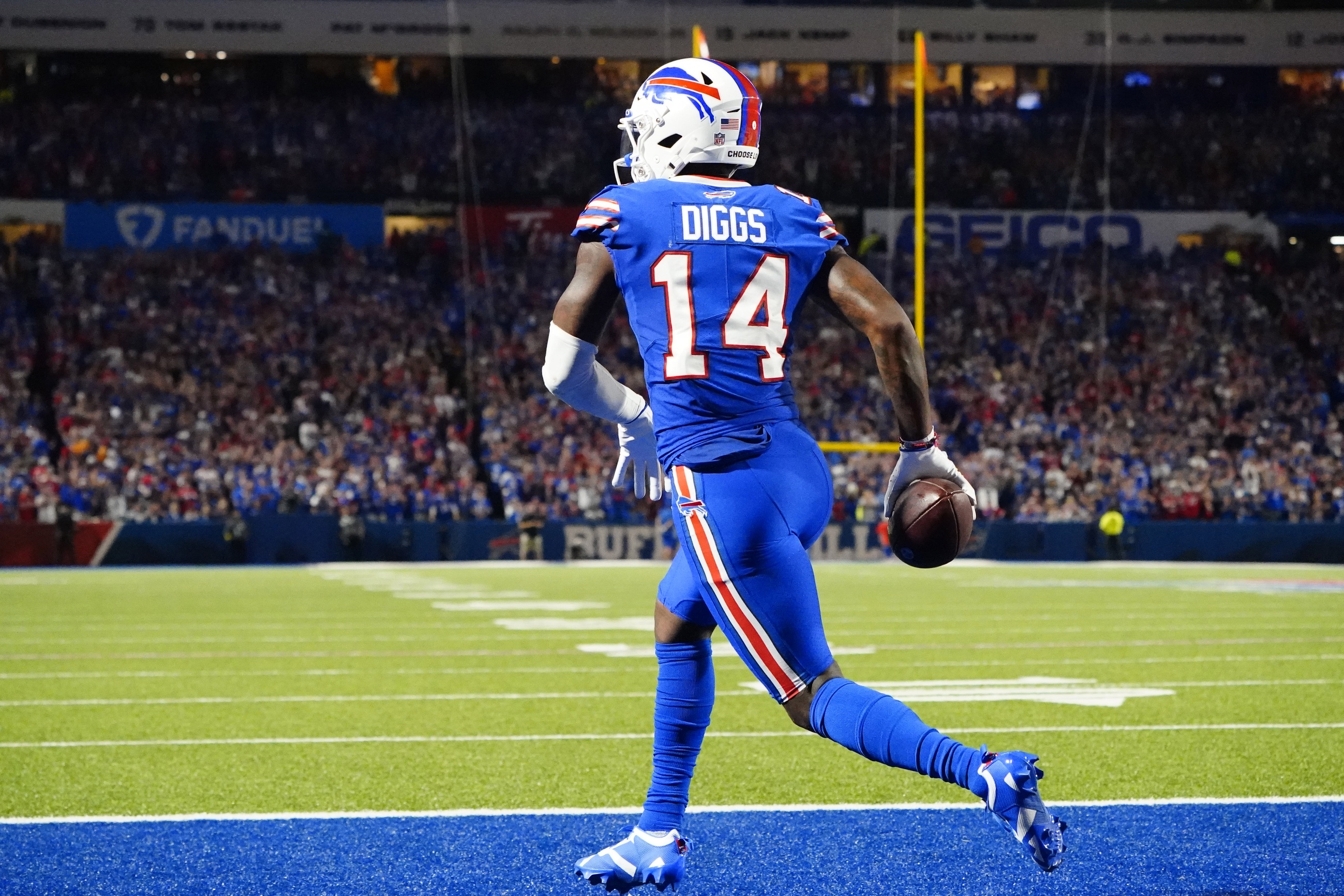 I’ve had nothing but anxiety about writing this article with the prop betting gods very unkind to me and my bankroll last week. Honestly, I’m a bit gun shy about pulling the trigger on Week 4 prop betting because of it. I ended up posting a nothing burger and took an 0-5 bagel at PointsBet Sportsbook. What made the end results so tough to swallow was that only one of the prognostications swung and missed – Wentz over 300+ passing yards.

The other four likely should have cashed! I pegged David Montgomery to have a huge day against the Texans. He got injured which allowed backup Khalil Herbert to scamper for 157 yards and 2 TD. I bet an alt-line on Dalvin Cook going for 100+ rushing yards at +240. His shoulder popped out in the third quarter with him stuck on 96. Trevor Lawrence gets the benefit of Joey Bosa bowing out early and still barely surpasses his passing yards prop.

Then the kicker of all kickers was Ja’Marr Chase going for 29 receiving yards while Tyler Boyd (105) and Tee Higgins (93) went off. Woe is me - let’s recoup some of that money squandered in Week 4!

The Bills WR1’s receiving yards prop clocks in at 85.5 against a Ravens secondary that enters Sunday’s pivotal non-divisional AFC clash owners of the league’s absolute worst defense. After struggling with cramps and not being a factor towards the tail end of last week’s loss against the Dolphins, I firmly expect Diggs to hang a crooked number on the board in this one. Baltimore simply just doesn’t have the defense weaponry to keep him in check evidenced by allowing a 65.1 percent catch rate and 15.0 yards per route run. Look for Diggs to go HAM in this one!

Captain Kirk has failed to surpass this impost each of the last two weeks after going for 277 yards the opening week against Green Bay. Though the Saints have done a tremendous job defending the pass in allowing fewer than 184 yards per game (No. 5), the Vikings passing attack is unlike any it’s opposed to date. Justin Jefferson has been held in check each of the last two weeks, so I thoroughly expect him to want to put on a show in this one.

With N’awlens generating the worst pressure rate in the league and Minny’s O-Line conceding a total of four sacks, Cousins is going to have a year and a day to find his premiere wide receiver downfield. It will result in a number of big gainers that allowed him to surpass the 300-yard plateau for this first time in 2022-23.

I’m going back to the well with Javonte in this one after he hooked us up back in Week 1 by going over his rushing + receiving yards prop. As it stands right now, the Raiders are a team to target when looking to make bank-on running backs in the props market. Only the Texans and Lions have conceded more fantasy points to the position! With Russell Wilson likely to have success throwing the pigskin into Vegas’s No. 26 ranked pass defense, it will allow Javonte to do work both running and catching passes out of the backfield. After being held in check by the Niners stout defense last week, look for No. 33 to eat on Sunday!

While it might feel like were chasing last week’s points here, I simply can’t resist ponying up to find out if Atlanta’s inability to defend the tight end carries over to this matchup with the Browns. David Njoku has his coming out party last week ripping the Steelers for 89 yards and a tuddy while reeling in nine of 10 targets.

The Falcons have allowed a 79+ percent catch rate and conceded 11.6 yards per route to the position; only Arizona has been worse. In what the betting market expects to be a higher-scoring game, look for Cleveland’s mammoth TE to continue his ascension.

In a pair of regular season starts against the Niners last year, Stafford averaged 240.5 passing yards and a 4:4 TD/INT ratio. San Francisco currently owns the league’s top-ranked pass defense that’s conceded fewer than 150 yards per game. While the opposition faced leaves a bit to be desired, the unit isn’t one to mess around with. Los Angeles has conceded an average of 3.0 sacks per game while the 49ers own the league’s best pressure rate (44.2%).

On top of that, the Rams passing attack still looks to be a work in progress save for Cooper Kupp. I’ll take a shot that he doesn’t bail Stafford out in this revenge spot for the home team and look for him to fail to exceed this impost for the third time in four starts.