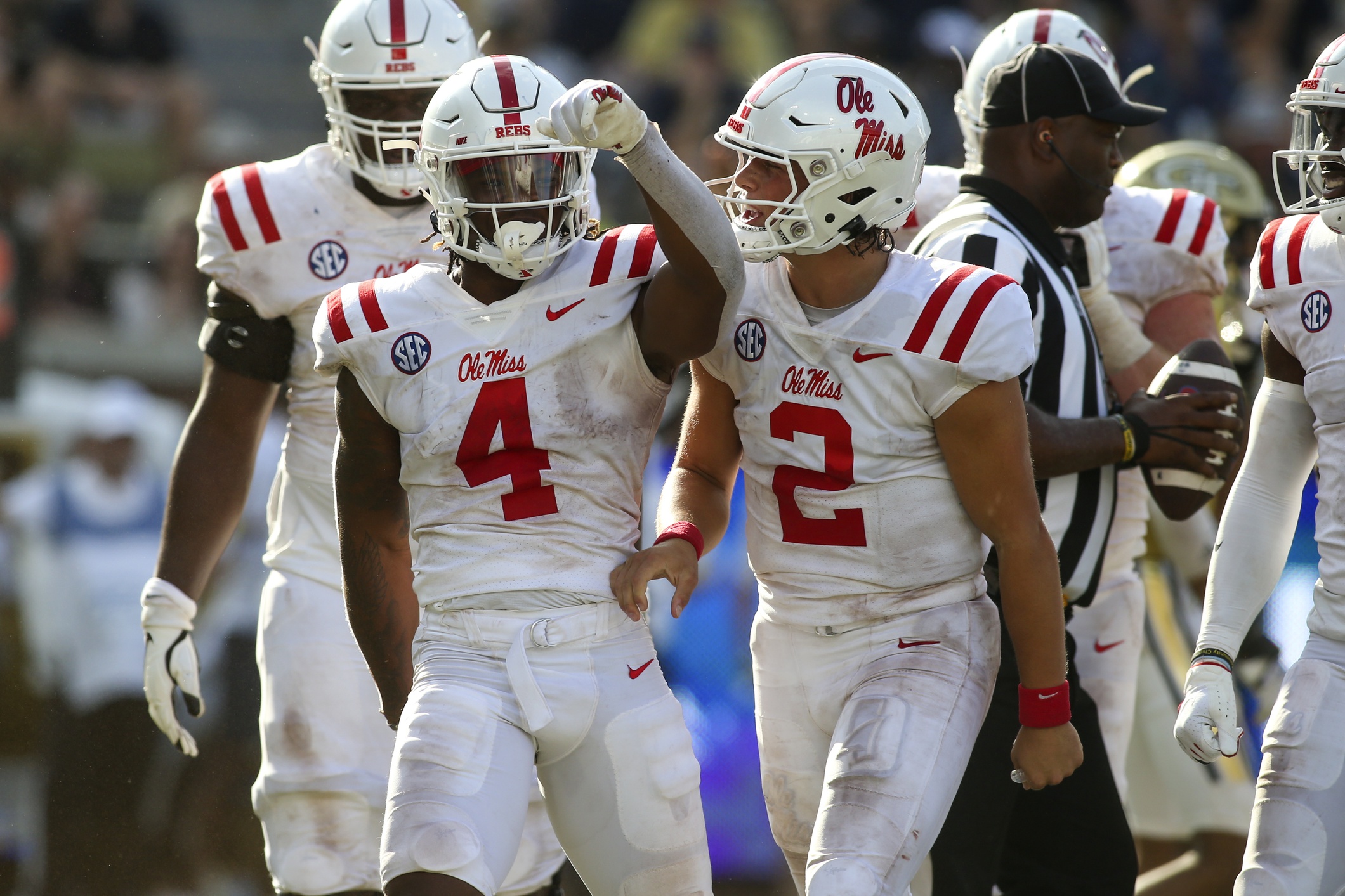 While Baylor and Georgia crushed their opponents, Wake Forest blew a big lead against Liberty, and Florida was unable to put away a bad South Florida team that only has one FBS win since 2020. That led to some heart-pounding moments, but eventually, we got the cash. The Under Parlay was even sweeter though as that paid out almost the same profit for 10% of the investment. Kansas State and Tulane never looked like they would touch the Over, and there was just enough defense for the Under to cash in Florida-South Florida.

The Rebels have been dominant in their last two games. Ole Miss has hammered its last two opponents by a combined score of 101-3, as USC transfer Jaxson Dart has begun to make things happen in Lane Kiffin’s offense. They are currently ranked 6th in Overall SP+ as the offense and defense have been humming to this point of the season, and the Rebels should be able to blow out an overrated Tulsa team on Saturday.

Davis Brin currently leads the nation with 1,206 passing yards with 11 touchdowns and an interception. Those are great numbers, but anyone who saw Brin play last year knows that he is well past due for a stinker of a game. Brin threw 16 interceptions last year, and Jacksonville State dropped a couple interceptions in its blowout loss last week. He has lit up bad defenses, and he hasn’t faced anything nearly as talented as what he will see in Oxford on Saturday.

Tennessee has suffered a lot of heartbreak in its rivalry with Florida over the last two decades. The Volunteers have lost five straight to the Gators, and they are just 1-16 against this program since 2004. Now, the Vols are double-digit favorites per the college football betting odds against the Gators for the first time since the 1980s, and Josh Heupel has the chance to pour it on.

This is not a good Florida team. The AP was willing to give Billy Napier way too much credit way too soon after moving Florida from unranked to No. 12 following their Week 1 win over Utah, but we have seen the Gators struggle the last two weeks. They were clearly outclassed by an overrated Kentucky team, failing to score in the second half, and they could only beat a bad South Florida team by three points last week. Anthony Richardson has yet to throw a touchdown pass against four interceptions, and this offense has been very one-dimensional.

Meanwhile, the Volunteers are the real deal on offense. Hendon Hooker has been fantastic since transferring in from Virginia Tech last year, and Tennessee’s offense is ranked 3rd by SP+. The Vols won’t stop if they get a lead either, so there is little chance of a backdoor cover.

Kansas State has defeated Oklahoma in two of the last three years. The Wildcats went into Norman and knocked off the Sooners two years ago, and they stand a pretty good chance of doing the same thing on Saturday night. Although Kansas State was listless on offense in a 17-10 loss to Tulane last week, this is a stifling defense that has the ability to shut down Dillon Gabriel and the Sooners. The Wildcats rank 13th in Defensive SP+, and they have a quarterback that can make plays in Adrian Martinez.

Everyone is dismissing 0-3 Buffalo after the Bulls lost to FCS Holy Cross, but they were competitive in a close loss on the road against Coastal Carolina last week. On paper, Eastern Michigan is expected to easily cruise to a victory after going on the road to beat Arizona State in the desert last week, but The Athletic gave us reason to flag that victory.

The Eagles gave up 34 points to FCS Eastern Kentucky and 49 points to Louisiana-Lafayette, so this defense could be exposed once more on Saturday.