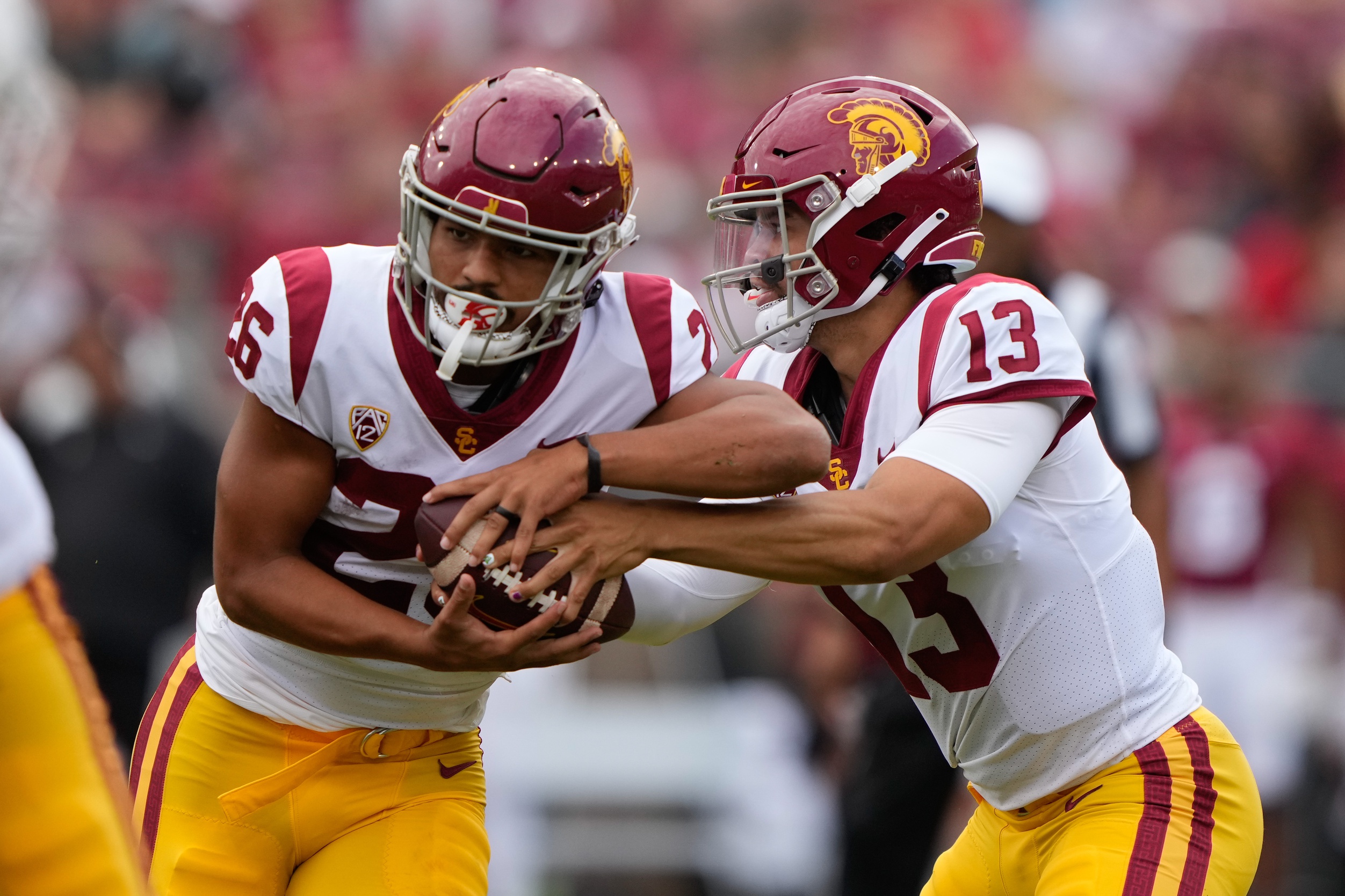 Adios Florida. Check ya later Wisconsin. The luck of the Irish won’t save Notre Dame. Iowa, do us all a favor and figure out how to play a semblance of offensive football! Not that any of those teams had a real shot anyway, but they gone! The college football futures odds sorted themselves out in a big way in Week 2 with a number of teams going down in defeat to essentially eliminate themselves from any sort of College Football Playoff contention. As such, the odds over at BetRivers Sportsbook have changed dramatically for all but the top four perceived favorites. With more wannabes going down in defeat, it becomes even more likely that the top dogs ultimately punch a ticket; again. Let’s dig into the current offerings and see if now’s the time to take some fliers to add to our futures portfolio.

*All remaining teams greater than 100-1

We’re now two games into Lincoln Riley’s tenure at USC, and it’s looking like the Trojans will in fact make a run at a CFP bid as electric the offense has been to this point of the season. The Men of Troy currently sit atop the Pac-12 standings having shredded both Rice and Stanford by the aggregate score of 107-42 covering the closing CFB betting line in both contests. While the defense still leaves much to be desired, the offense has more than made up for it by scoring the fourth highest amount of points in the country (53.5 PPG) and ranking No. 14 overall in total offense. Caleb Williams (+300) has been a godsend under center so much so that he’s catapulted himself up the Heisman Trophy futures odds to sit only behind Bryce Young and C.J. Stroud.

More good times look to be on the horizon over the next three weeks with only a visit to Corvalis looking like the only hiccup. That home game versus Washington State will be a nice test, but it’ll all come down to that trek into Salt Lake City on October 15 to take on Cam Rising and the Utes. Win that game and it’ll be smooth sailing up until that rivalry matchup with hated UCLA. It’ll be the Trojans that gets first crack at that coveted No. 4 seed if Clemson slips up in ACC play. It’s highly possible this is the best rate of return the Trojans offer up the rest of the year.

Though Steve Sarkisian’s kids ultimately failed to come up with one of the biggest wins in recent Longhorns history, Texas is still getting respect from the oddsmakers. The Horns entered last week’s showdown with the Crimson Tide owners of +5000 odds to win the national championship. After showing extremely well in the 20-19 defeat, their odds actually shortened up quite a bit with Texas now offering up a 20-1 return on investment. The defense played a legit brand of football while the offense was able to rack up over 370 yards of combined offense against one of the best defenses in the country with backup QB Hudson Card under center a majority of the contest.

Texas still has a solid shot of locking down a CFP bid with the loss to Bama of the out of conference variety. Still, it would take a Herculean effort to get the job done which would entail going undefeated the rest of the way to win the Big 12. While I’m not going to say it’s impossible, it still looks to be impossible. Not getting the best of the number currently makes the investment even less attractive. If you truly think Texas still has what it takes to make a run, backing them just to qualify for the CFP at +1300 looks a bit more palatable.

So exactly just what does the “Mad Scientist” got cooking in Starkville these days? Quietly, the Bulldogs have gotten out to a perfect 2-0 SU and ATS start with dominant wins accrued against Memphis and Arizona. I came away extremely impressed with the way the Dawgs went about their business in the desert last week. I made what proved to be an unwise choice to fade them in that spot even though it looked ripe for a major letdown. While the Wildcats kept them at an arm’s length through three quarters, the Bulldogs went for the jugular in the fourth keeping Zona scoreless while hitting pay dirt themselves to log the 39-17 win and cover.

Will Rogers is the shot caller for the nation’s No. 5 ranked passing attack that’s gone at its opponent in waves with a plethora of pass catchers readily able to do damage when their numbers called. The defense hasn’t been great overall (No. 46), but it’s been solid versus the run (No. 32) and has forced four turnovers. A win in Death Valley this weekend would see its title odds shorten up dramatically. While I don’t ultimately foresee this team punching a ticket to the CFP, it could end up throwing a wrench in some of the other big boys’ plans. It gets A&M, Arkansas, and Georgia at home. Take a flier just in case this is the team that potentially comes from out of nowhere to steal that fourth bid; provided Bama, Georgia, and Ohio State hold serve.