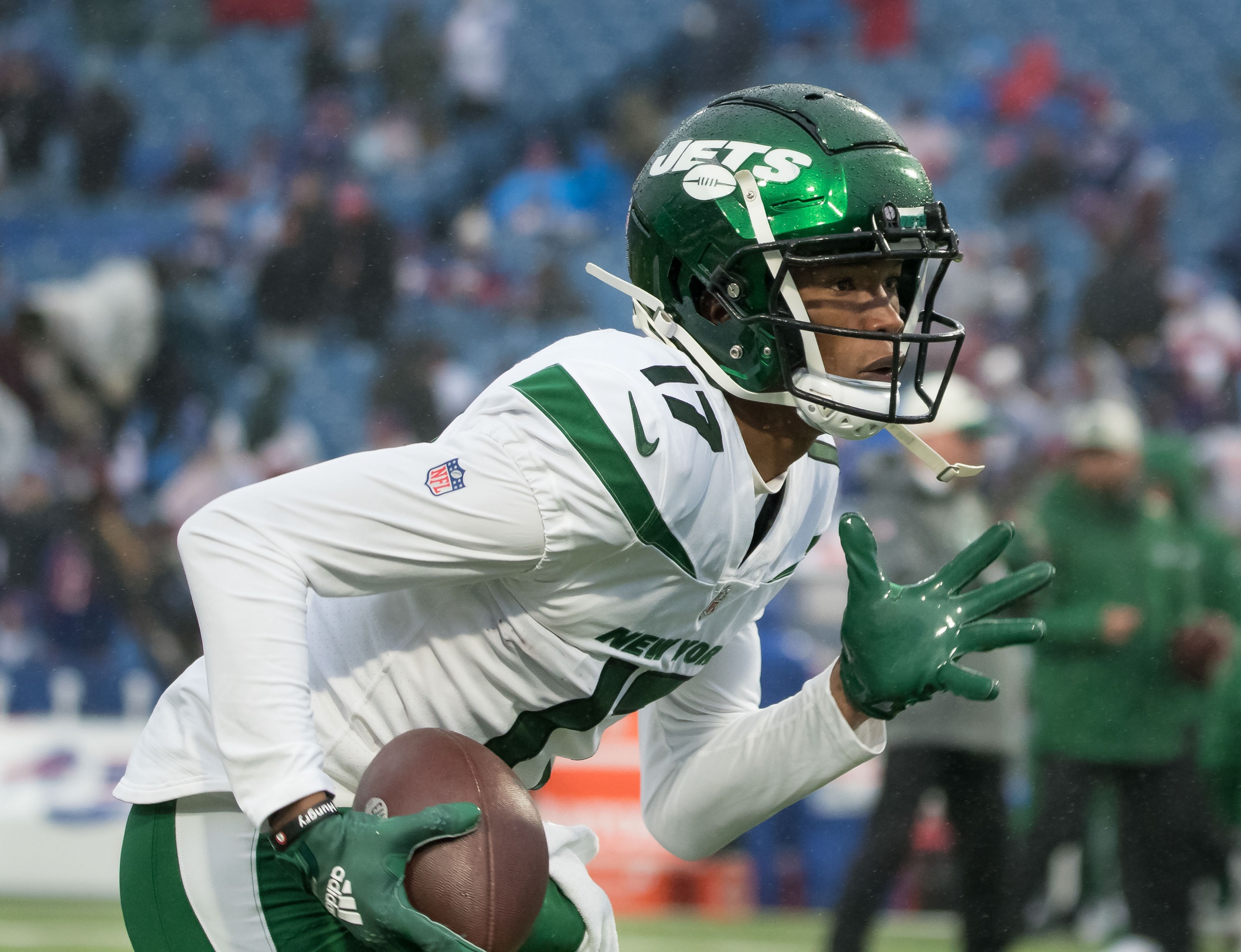 It’s been a minute since we last checked in on the landscape of the Offensive Rookie of the Year Award finalists. Last I reported back in early December, I anointed Garrett Wilson the winner and screamed from the mountain tops for all futures odds bettors to snag shares of him when they were being offered up at a +250 return on investment. Fast forward three weeks and the Jets premiere WR1 is now the -180 odds-on favorite to take home bragging rights. While Wilson winning the award is a foregone conclusion in my estimation, there are still two weeks left for another rookie to come out of nowhere and steal it away from him.

Let’s put the current offerings at PointsBet Sportsbook under the microscope and see if any deserve our attention heading into Week 17.

With Mike White back under center for the Jets – hopefully for the next two weeks provided the injury bug doesn’t get him again – Garrett Wilson is primed to solidify his standing as the odds-on favorite to put the OROY Award on his mantelpiece. Void of a touchdown since White went down and Zach Wilson was reinserted under center, it might only take one more for the former Ohio State Buckeye to seal the deal.

Up first is a Seattle defense that concedes 1.5 touchdown passes per game (No. 22) and then Miami who offers up 1.7 (No. 28). Having gone for over 200 yards receiving with Wilson calling the shots the last three weeks, White looks to be the substrate to Wilson’s enzyme that brings the universe into a harmonious balance with the end result being Wilson anointed the 2022-23 Offensive Rookie of the Year.

With the Seattle Seahawks falling off a cliff and Kenneth Walker III succumbing to the injury bug, the former Michigan State Spartan saw his odds of winning the award plummet from being the +175 favorite to the second choice of linemakers at +450. The rookie hadn’t procured a 100+ rushing yard performance since Week 9 up until last week when he went for 107 yards and averaged 4.1 yards per carry against a pretty decent Kansas City Chiefs run defense.

Should he mimic that feat over the next two weeks versus the No. 8 and No. 7 rush DVOA defenses of the New York Jets and Los Angeles Rams, he’ll catapult himself back into the discussion – especially if he hits pay dirt at least once in each game. I’m not sold on it occurring however.

I had my hopes and dreams pinned on Kenny Pickett being the only quarterback that had a shot to take home the Offensive Rookie of the year Award this season. Due to extremely vanilla outputs and missing a game due to a concussion, Pickett has fallen off the map. His misfortune has been Brock Purdy’s gain with the former Iowa State Cyclone seamlessly stepping into the 49ers QB1 slot and leading the team to four straight victories since Jimmy G broke his foot against the Miami Dolphins.

His odds to win the OROY hit the board at 200-1 but are now all the way down to 6-1! That being said, he’s been a game manager more than anything else with the stat production by no means off the charts impressive. It would take San Francisco somehow managing to snare the NFC’s No. 1 seed for this kid to win the award in my estimation, and I don’t foresee that occurring with Philly needing just one win to lock it up.

The Green Bay Packers have done everything in their power to make a run at one of the NFC’s final playoff slots. Winners of three straight both straight up and against the spread, the Cheeseheads certainly possess the inside track of making it become a reality with each of their final two games coming on the “Frozen Tundra” against the division rival Minnesota Vikings and Detroit Lions. The former clocks in with a pass DVOA ranked No. 24 and the latter No. 28.

The opportunity will be there for Christian Watson to go on another one of those runs that saw him amass 313 receiving yards and a whopping 7 TD over a four-game stretch which initially placated him on the map to take home the award. It all depends on the weather and the hip injury that knocked him out of the second half of last week’s win in Miami. If running well, this 12-1 dog has already shown he can be a standout performer. Should he play a large role in the Pack locking down a playoff bid, it would be tough for the voters to overlook him for the award.