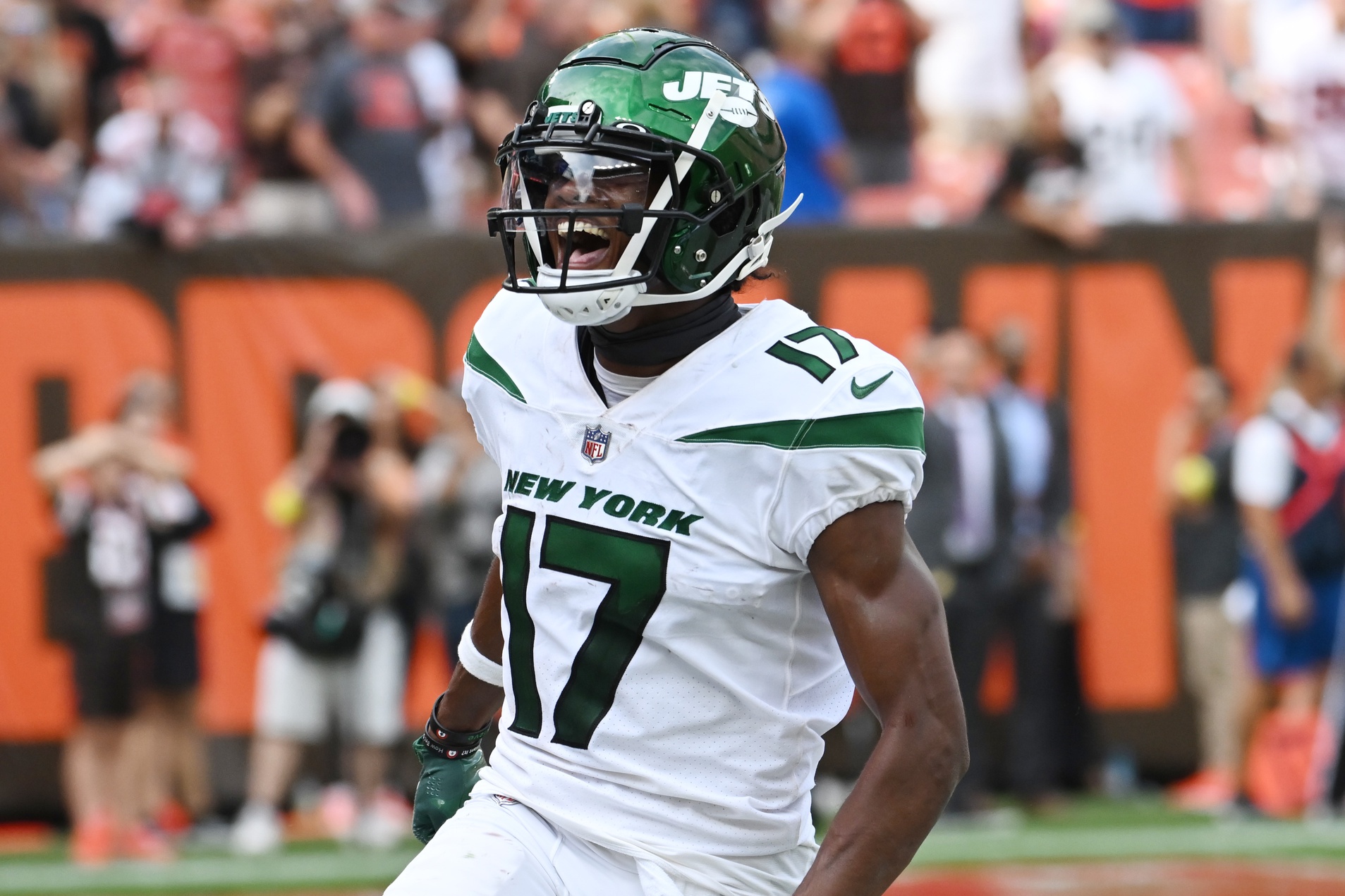 The finalists for the Offensive Rookie of the Year Award have started to round into form over at PointsBet Sportsbook with Kenneth Walker III, Garrett Wilson, Christian Watson, and Chris Olave considered to be the running favorites with the latter’s +500 rate of return the longest of the quadrant.

The only quarterback with a shot at overtaking them all is Kenny Pickett (+2000). While I’m still bullish on the Steelers QB1 making a run, I wanted to concentrate on the four perceived favorites and take a look at their path towards winning the award from an analytical point of view taking strength of remaining schedule fully into account. I use this approach to get a leg up on my fantasy home league opponents in an attempt to field a loaded roster for once the playoffs come around. It’ll let us know which of these four has the easiest path that could ultimately lead to hardware being put on one of their mantles come the season’s end.

The running favorite, Kenny Walker now offers up a plus-money return after being the chalk favorite for the last handful of weeks. Much of that has to do with him suffering an injury last week against the Rams as well as the excelled recent play of NY’s exciting rookie wide receiver. The Seahawks got five games remaining against Carolina, San Francisco, @Kansas City, the Jets, and Rams.

Getting to play four of those games at home is a bonus, but the average rush DVOA clocking in at 11.6 is not. While the Rams could just wave the white flag in the finale, running up against the 49ers and Jets won’t be a walk in the park. Still, the former Spartan does get a few smash spots against the Panthers and Chiefs, so anything can happen with the Seahawks fighting tooth and nail with the 49ers for NFC West supremacy.

Wilson has taken his game to the next level with Mike White under center. Since Robert Saleh decided to bench Zach Wilson, the former Buckeye has gone HAM reeling in 13 of 23 targets and turning them into 257 receiving yards and a pair of touchdowns. He’s been White’s preferred target with no other Jets player receiving more than 13 targets during that stretch.

If White really only has eyes for Wilson, it’s going to be good news for him and anyone that’s bought or is thinking about buying shares of him to win this award. The Jets offense will run up against five defenses with a collective 19.2 pass DVOA over the next five weeks. He also gets a huge smash spot against the Jaguars No. 31 ranked pass defense in Week 16. Going by DVOA and being overall path, I got Garrett Wilson installed the favorite to secure bragging rights!

Christian Watson has been a revelation for fantasy, prop, and DFS players with the rookie out of North Dakota State blazing a trail since erupting in that comeback win over the Dallas Cowboys back in Week 10. Including that game, Watson has been about as efficient as it gets snagging 17 of 26 targets and turning them into 313 yards and an absurd 7 TD!

He does however have a limited opportunity share with the Packers on bye in Week 14. Coming out of it, Watson gets the bonus of playing three of four games in front of the Lambeau faithful on the “Frozen Tundra.” The Rams, @Dolphins, Vikings, and Lions sport an overall Pass DVOA of 22.8 which comes off as extremely favorable. But will it be Aaron Rodgers or Jordan Love slinging him the pigskin? That will all come down to whether or not the Packers are still mathematically eligible to score a playoff bid. If not, it will be a tough uphill climb with Love under center.

Like Watson, Chris Olave only has four remaining games to showcase his skills. He’s also in the huddle of the worst offense of the bunch with Andy Dalton navigating the league’s No. 22 ranked scoring attack. Making matters all the more worse is a Week 17 run-in with the Philadelphia Eagles and their No. 2 ranked pass DVOA defense.

Save for that, it should be smooth sailing for the former Buckeye with the Falcons, Browns, and Panthers all possessing pass defenses ranked in the bottom third of pass DVOA rankings. But with absolutely nothing to play for moving forward with New Orleans not even having odds to make the playoffs on the board at PointsBet, I just don’t foresee the situation worthy of getting involved with financially.