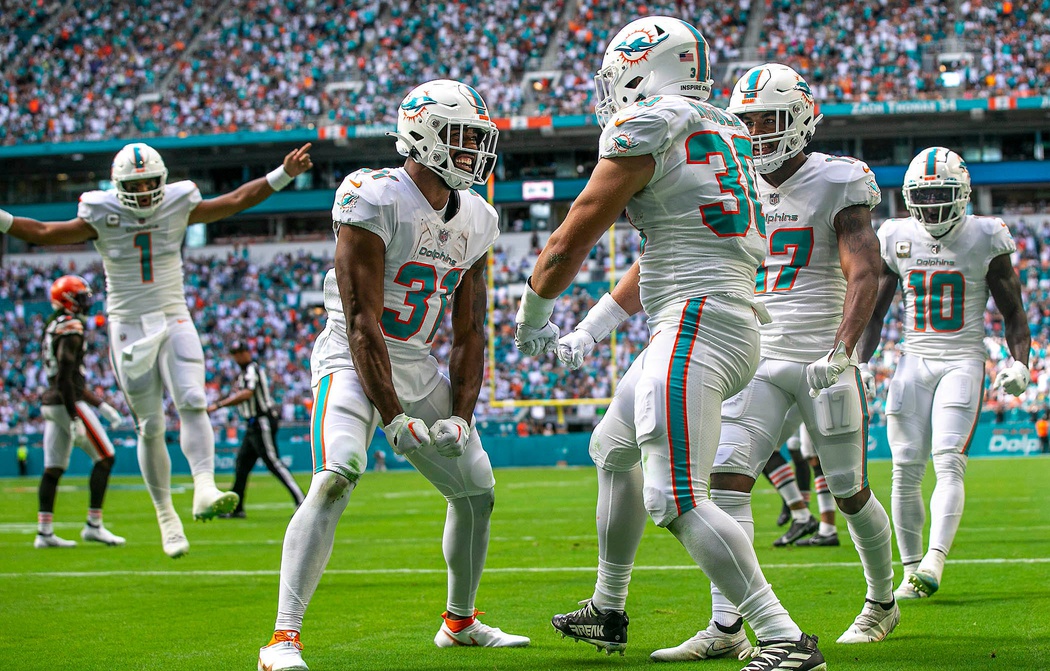 We finally had things go our way last week in a big way, as two of our four parlays hit and that meant a very profitable week. It was definitely nice to hit not one, but two parlays last week to make up for some of the bad luck we had in previous weeks. We’ll try to avoid the letdown this week and see if we can do it again. We’ll look at three different NFL parlays this week with the first two focusing on going against the public. History has shown that going against the public in NFL betting works, so our first two parlays will focus on going against the public. Normally we have two more parlays, hot teams and cold teams, but this week we have four of the hottest teams in the NFL playing each other, as the Bengals and Chiefs play and the Dolphins and 49ers play. That means we will just focus on going against teams that are cold in our other parlay. One thing to consider in addition to simply taking the parlays at odds of 6-1 is to mix and match with the teams we list in these parlays. We’ll do well if we can get one of these parlays to come through at odds of about 6-1. Let’s look at Week 13 NFL parlay picks.

The first team on this list is no surprise, as the public wants nothing to do with the Broncos. It is hard to argue, as Denver has been one of the most disappointing teams in the NFL this season. The Ravens should dominate this game, but Baltimore has struggled throughout this season to put teams away. You would think they wouldn’t have that issue against Denver and that is why the public is taking the Ravens. That means we take the Broncos as the first team in the parlay. The next two games are a little bit of a surprise. The public is backing the Vikings at home against the Jets. New York looked good last week with Mike White at quarterback and Minnesota hasn’t looked as good as their overall record. We go against the public and take the Jets. The last game is also a surprise, as the public is going against the Eagles. The public expects Tennessee to bounce back this week after the Bengals loss with a big effort. We go against the public and take the Eagles as the last team in the parlay.

The three teams on this parlay should be no surprise if you follow us in going against the public. The public wants nothing to do with a bad Houston team even if they are getting points at home against the Browns. The public also doesn’t like what they have seen from the Bears so they are taking Green Bay on the road. And it is another road team that the public is backing in the Seahawks. In this case the public is going against a Los Angeles team that is decimated by injuries. We take the Rams as the last team in the parlay.

This parlay will go against teams that are really struggling right now and I know this parlay will go against some of the teams listed above. It is really rare when we go entirely against another parlay but that is the case this week, as we go against three of the coldest teams in the NFL. The Texans have been awful and the Browns may be energized now that Deshaun Watson is under center. We’ll take Cleveland as the first team in the parlay. The Bears have really been struggling, especially on defense and Aaron Rodgers has owned Chicago in his career. We’ll take Green Bay as the second team in the parlay. The last team we are going against is a Los Angeles team that can’t even find a decent quarterback to replace the injured Matthew Stafford. We’ll take Seattle as the last team in the parlay.

Check out the latest Week 13 NFL odds at PointsBet