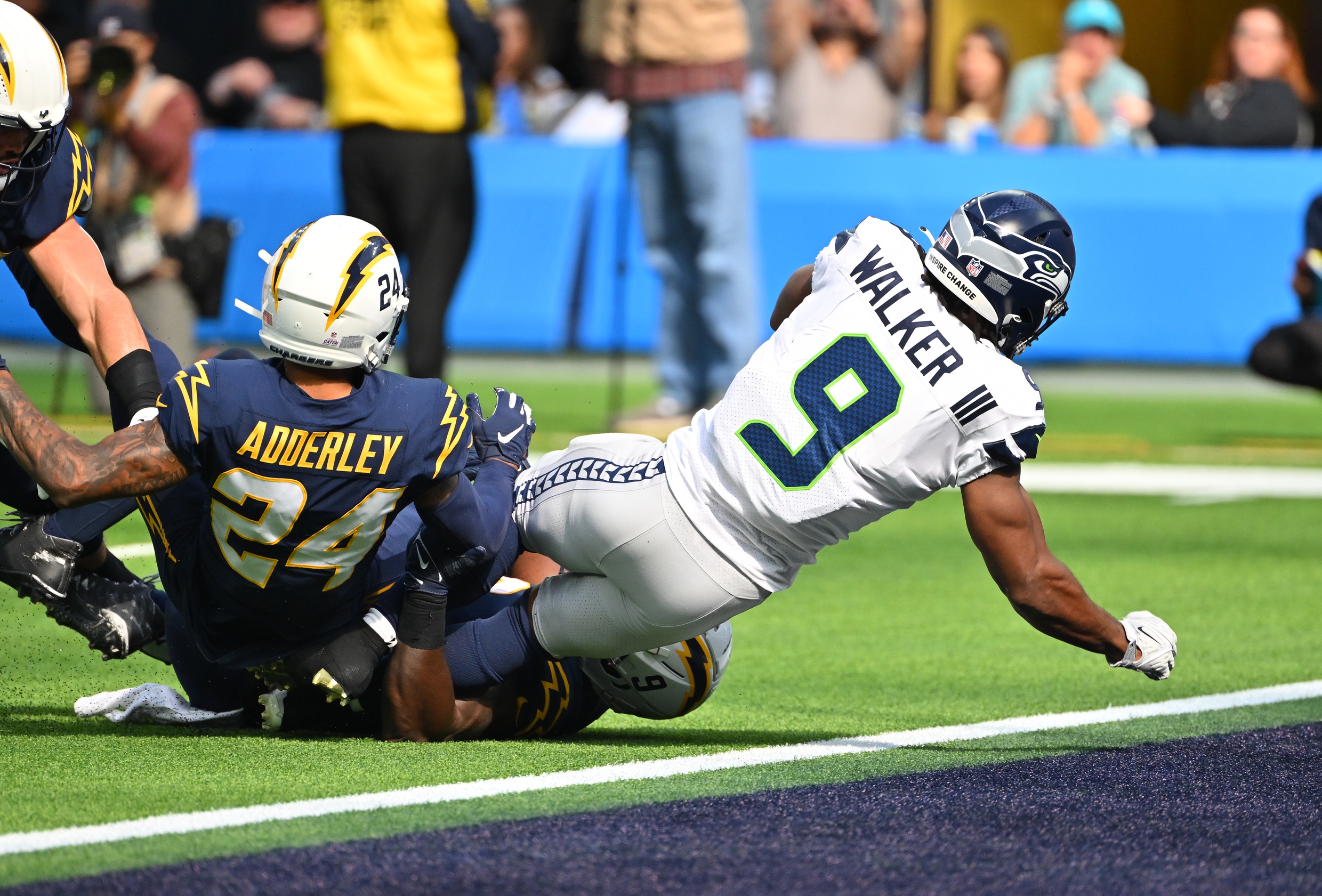 The closer we get to the end of the NFL betting regular season, the more it’s starting to look like a quarterback won’t win the Offensive Rookie of the Year Award. At least that’s what the oddsmakers over at PointsBet Sportsbook are telling futures bettors with the top-five favorites to bring home bragging rights listed running backs or wide receivers. Only six games remain on the regular season docket, so time is running out for someone to come out of nowhere and steal the award away from the decided favorites. The following are three dudes that have the path towards doing just that, so you might want to think about throwing some beer money fliers on each just in case they do go HAM and catapult themselves to the top of the leaderboard.

Last reporting on the OROY Awards a few weeks back, I recommended taking a flier on the Titans explosive rookie wide receiver. His odds of winning the award clocked in at 100-1 back then going into his second game since coming off IR. That week against Green Bay, the Arkansas Product exploded for 111 receiving yards and came within a few yards of scoring his first career NFL touchdown in the closing minute. Last week, he did score his first tuddy and added another 70 yards on four receptions.

Over the last three weeks, Treylon Burks has hauled in 14 of 20 targets and turned them into 205 yards. He’s been the highest targeted receiving option of Ryan Tannehill during that stretch, and he’s got a juicy remaining schedule to take advantage of running up against six opponents that possess a 17.0 Pass DVOA ranking on average. This kid has the tools, utilization, and schedule to make a gargantuan run up the leaderboard. So what are you waiting for? Login to PointsBet now and get you some shares!

Rachaad White’s path to taking home this award has everything to do with Leonard Fournette’s availability moving forward. The former Arizona State Sun Devil got his first start of the season last week against the Cleveland Browns in a game Fournette sat out; even with the team coming out of the bye. Uncle Lenny’s hip is inarguably messed up. Even if he comes back, there’s a high percentage chance he reaggravates the injury and is forced to miss more time.

Should that be the case, White will be in a position to smash moving forward with four of the Bucs final six opponents ranked 20th or worse in rush DVOA. With the ability to make hay both rushing and catching pigskins out of the backfield, White could jump into the favorite’s bracket rather quickly if he and Tom Brady build a quick chemistry with one another.

The biggest longshot of the trio, Romeo Doubs is set to return to the Packers huddle as early as this week against the Chicago Bears. Before succumbing to that nasty ankle injury in Detroit back in Week 9, Romeo had proved to be Aaron Rodgers’ most reliable target by turning his 31 receptions into 314 yards and 3 TD. At one point, he got as low as 8-1 at PointsBet to take home the Offensive Rookie of the Year Award.

While Christian Watson is all the rage right now, Doubs will have just as good an opportunity as him to blaze a trail with the Packers set to run up against a juicy cast of opponents that have no clue how to defend the pass over the team’s final five games. The Bears, Rams, Dolphins, Vikings, and Lions sport a pass DVOA average of 25.6 heading into Week 13. Even if it’s Jordan Love slinging the rock, Doubs will undoubtedly go all-out to solidify his position on this team for next season. Who’s to say the end result isn’t the Nevada product putting hardware on his mantle?