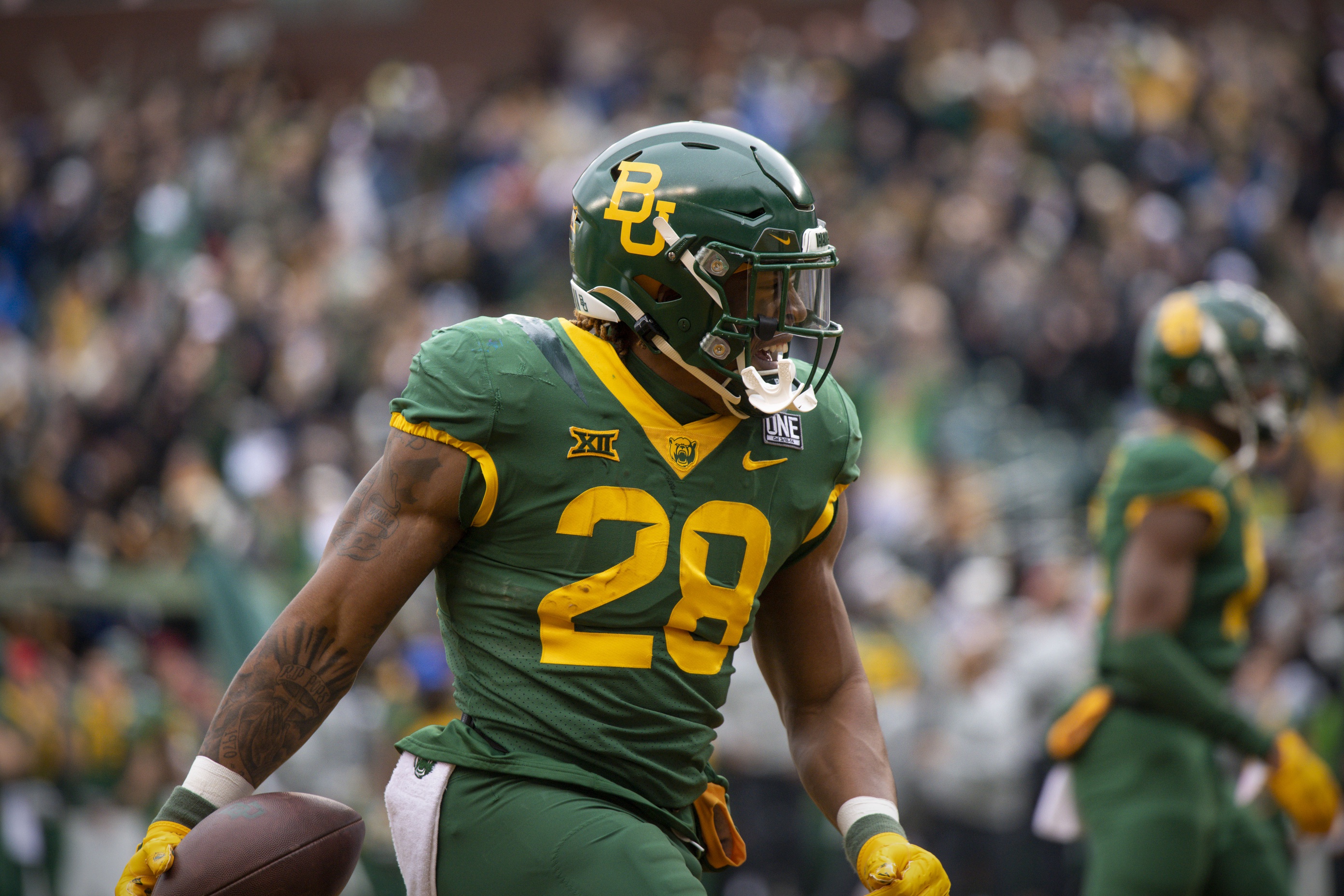 For the second straight week, we lost both of our parlays. We have still made a considerable chunk of change on the year, but we are looking to go out with a bang heading into the holiday season. Both of our underdogs last week ended up covering the number by the closing CFB betting odds, yet they couldn’t get the win. Southern Miss took a four-point lead against 9-2 South Alabama into the fourth quarter, but they ended up losing by seven points. Meanwhile, Duke missed a two-point conversion with less than a minute left in the fourth quarter that would have forced overtime in their game against Pittsburgh.

The Baylor Bears nearly ended the TCU Horned Frogs’ unbeaten season last week in Waco. Baylor was up by eight points midway through the fourth quarter, but TCU came back and won on a 40-yard field goal attempt from Griffin Kell as time expired. The Bears had over 500 total yards of offense, yet they weren’t able to pick up the win.

That was a tough loss for Baylor to swallow, but that showed the Bears can beat anyone in the conference, and they shouldn’t be that much of an underdog against Texas this week. The Longhorns are one of the most disappointing teams in college football this season with a 7-4 record, and Quinn Ewers isn’t as great as he was made out to be by the recruiting services. Ewers has completed just 55.4% of his passes for 6.9 YPA with 14 touchdowns and six interceptions this season, and he isn’t a mobile threat.

Texas is one-dimensional on offense, so Dave Aranda should be able to come up with an effective gameplan to stop Bijan Robinson and company. Aranda is one of the sharpest defensive minds in the game, and that defense will be geared towards stopping the run. On the other side of the ball, Blake Shapen can move the chains against Texas’ offense and lead the Bears to a road victory against the Longhorns.

For our other moneyline play, we are turning our attention to the MAC. Kent State isn’t going to go to a bowl game with a 4-7 record, but this is one of the better offenses in the conference. That allowed the Golden Flashes to keep it close against No. 1 Georgia and blow out Bowling Green, and they also have a win over MAC East champions Ohio.

They will be taking on a Buffalo team that is 5-5 on the season. The Bulls didn’t play last week due to the record snowfall that fell in the area, and that could keep them from being bowl eligible if they lose this week and can’t reschedule their game with one-win Akron.

Buffalo has big wins over Bowling Green and Toledo to its credit, but the Bulls have lost two in a row coming into this game. Ohio showed that Buffalo could be beaten at the line of scrimmage, and Kent State will follow that to pull off the upset per the college football betting line.

Florida State -9.5 vs. Florida and Louisiana-Lafayette -5 vs. Texas State

Billy Napier got off to a good start in his first season at Florida. However, the Gators are now 6-5 and in some disarray after last week’s loss to Vanderbilt. There are a lot of questions surrounding this team as Anthony Richardson may depart for the NFL after this game, and five receivers have been ruled out against rival Florida State. Additionally, the Gators have really struggled against dual-threat quarterbacks, so Jordan Travis could have a big day against this UF defense.

Napier’s former team lost to FSU last week, so the Louisiana-Lafayette Ragin’ Cajuns need to win this week to become bowl eligible. They will be facing a Texas State team that really has nothing to play for either as Jake Spavital will almost certainly be fired at the conclusion of this season since the Bobcats are 13-34 under his watch. Texas State is ranked 99th in SP+, while Louisiana-Lafayette is ranked 68th and has a top-35 defense.