Week 12 Total Betting – 49ers to Possibly Cash Over against Saints 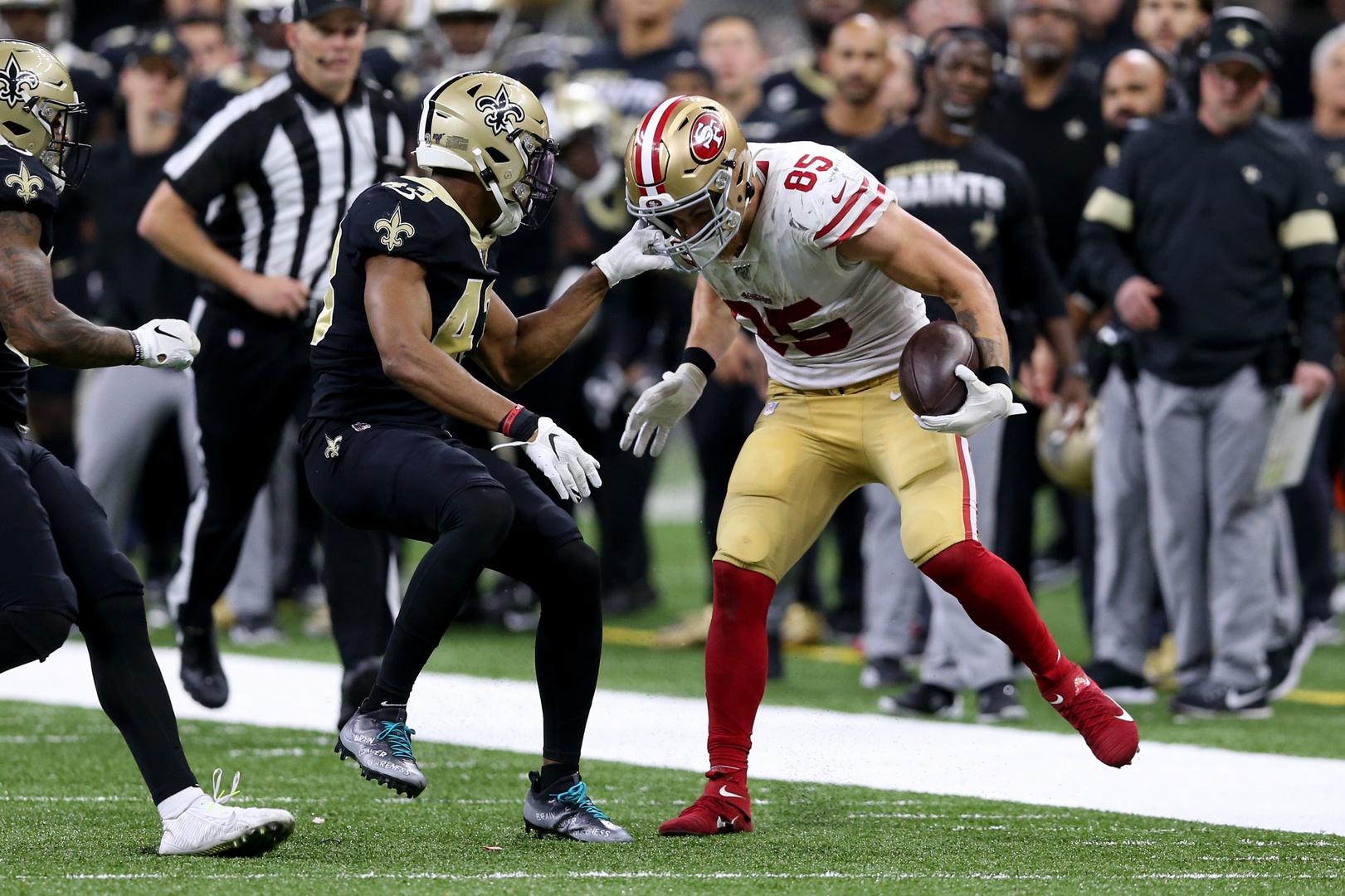 We churned out a winning 2-1 showing last week even after taking a loss on Thursday Night Football with the under. Tennessee shut the Packers ground game down as expected, but I never envisioned Ryan Tannehill picking Green Bay’s secondary apart to the tune of 333 yards and 2 TD. Heck, even Derrick Henry threw one! Sunday proved to be much more lucrative with the Detroit/New York and Chicago/Atlanta games each playing to high scorers. The latter was more of a struggle than imagined, but much of that had to do with Justin Fields playing injured a bulk of the second half. Let’s take that profit over into Week 12 and see if we can’t add to the bankroll with this week’s total bets at BetRivers Sportsbook.

The Ravens look to be a shell of their former selves right now, and it has everything to do with integral pieces to the puzzle suffering from some sort of nagging injury. Lamar Jackson is currently battling a hip issue. Mark Andrews still didn’t look himself last week regardless of reeling in six catches for 63 scoreless yards. OT Ronnie Stanley left last week against Carolina with a knee injury and it’s still unclear as to if he’ll be able to give it a go on Sunday.

Where Baltimore thrived however was on the other side of the ball where the new-look defense held the Panthers to just over 200 combined yards and three measly points. It forced a trio of turnovers, allowed a 3 of 12 showing on third down and shut the Panthers down in their lone visit to the red zone. Jacksonville will enter this game refreshed coming off the bye, but it remains to be seen how Trevor Lawrence is able to contend with a Ravens D logging a 45.2 percent pressure rate in its last two games (No. 5) working behind an O-Line that’s by and large done a sensational job keeping him upright in allowing 17 overall sacks. This one has gritty field position game dictated by both running games written all over it!

Though Houston has fared well against the pass in allowing just over 210 yards per game (No. 14), its success has largely been predicated upon the opposition deciding to run the ball instead since it’s proven to be an absolute sieve at defending it. The Texans have gotten ripped for nearly 180 rushing yards per game which finds it ranked dead last in the league. That being said, the pass defense is still giving up a healthy 7.2 yards per pass attempt overall as well as 8.2 yards per attempt in its last three games.

The Dolphins just so happen to have some heavy hitters in their huddle, and they’re going to want to eat in this one after being on bye last week. Though Derek Stingley Jr. is expected to return to the field after missing last week’s game, his presence isn’t going to prevent Tyreek Hill and Jaylen Waddle from running roughshod like they’ve done with regularity every passing week. Throw in a few touchdown saunters from Jeff Wilson Jr. and Raheem Mostert, and Miami should hit or exceed the 31-point plateau for the fourth straight time. I fully expect Mike McDaniel’s squad to put on a show in this one!

Catch what the 49ers did in Mexico on Monday night? If not, you missed out! George Kittle scored two touchdowns. Brandon Aiyuk scored two touchdowns. Heck, even Deebo Samuel got into the mix after stinking the joint up for a majority of the season. Bottom line, Kyle Shanahan has got a wonderfully delicious offensive attack at his disposal, and NFL bettors are going to want to have a piece of it every passing week until linemakers catch on to just how potent an attack it really is.

Though Marshon Lattimore is expected to return to the Saints secondary on Sunday, his presence won’t nearly be enough to prevent Jimmy G and company from doing as they please. The New Orleans defense hasn’t been up to snuff all season with it giving up huge chunks of yardage on the ground (No. 22) while managing a pathetic 28 percent pressure rate (No. 28). With so many weapons to keep contained, the Saints simply aren’t built to contend with what they’re about to run up against. San Francisco’s defense could find the end zone as well with the unit staring back at the charitable Andy Dalton who’s thrown five combined interceptions in his two made road starts. This total should be lined closer to 50!