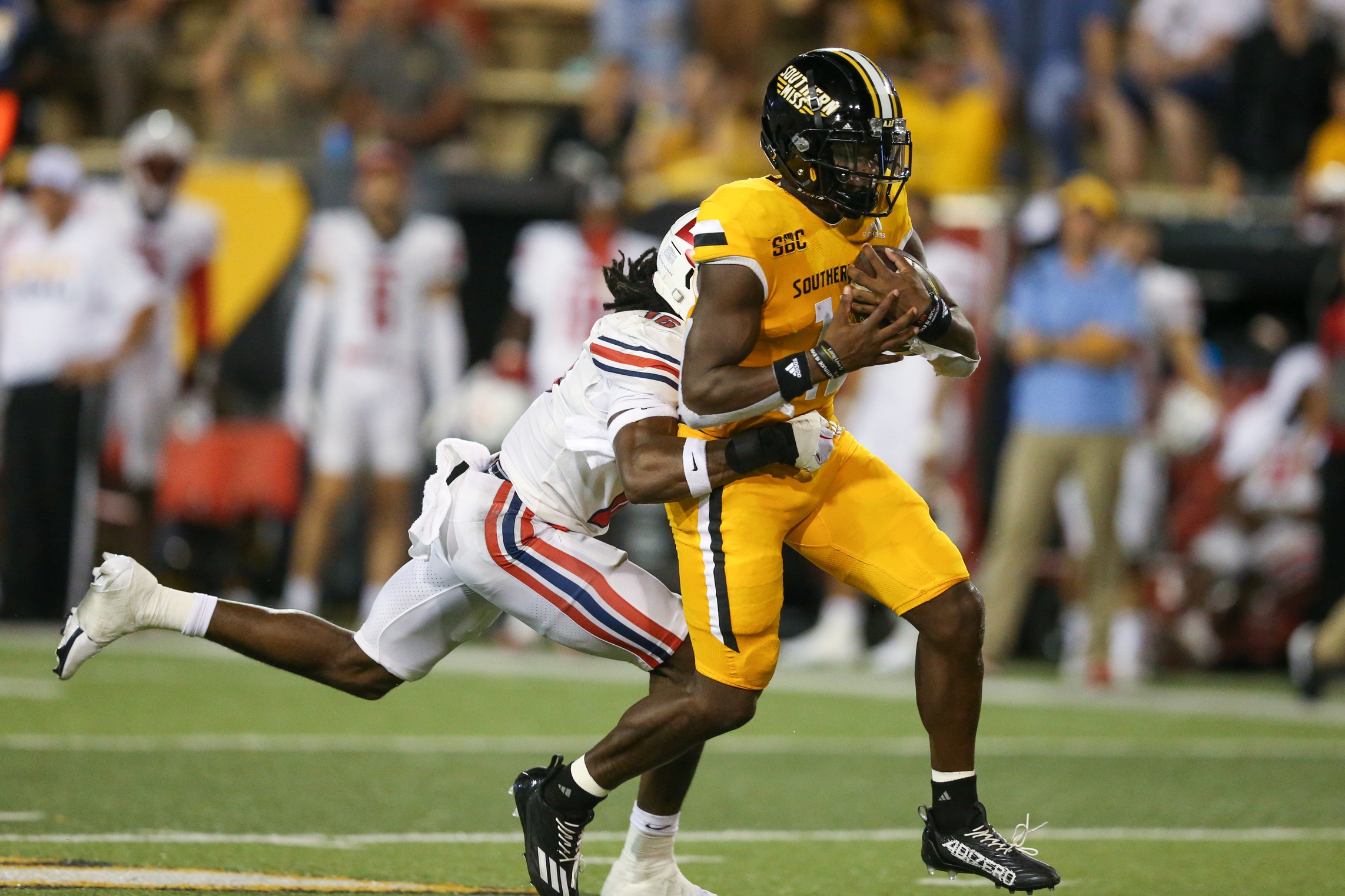 We had a letdown last week as only one of our four sides ended up cashing in our two parlays, but we are still up a significant amount coming into the penultimate week of the regular season. There is real value as some teams have given up on the year, while other teams are gearing up for Rivalry Week on Thanksgiving weekend. That makes this one of the best weeks of the college football betting year if you are tuned in to certain teams.

We’ve seen Southern Miss have some impressive outings this season. The Golden Eagles knocked off Tulane in New Orleans, and they nearly upset 8-2 Liberty in their season opener in a game that went to four overtimes. They defeated Louisiana in Hattiesburg a few weeks ago, and they nearly went on the road and upset Coastal Carolina last week. Southern Miss fell behind 17-0 in the first quarter but roared back and lost by just three points to the 9-1 Chanticleers.

The Golden Eagles have started four different quarterbacks this season, but it looks like Trey Lowe will be the starter on Saturday against South Alabama. Lowe earned his first start last week against Coastal Carolina, and he had some big plays through the air. He is averaging 8.1 YPA, yet he has been sacked way too often with 10 sacks in less than 70 dropbacks. That’s something that the team has been working on and should improve against the Jaguars.

Southern Miss also has one of the most underrated young backs in the country in Frank Gore Jr. The son of the great Frank Gore has run for 788 yards and five touchdowns while averaging 4.8 YPC this season. He has also shown that he can line up under center and throw accurate passes in certain formations, giving the Golden Eagles a bit of an edge when it comes to trickery.

Meanwhile, South Alabama has a very good defense. The Jaguars rank 21st in Defensive SP+, as they allow 20.7 PPG and 310.8 YPG. That helped them nearly take down UCLA in September, but this defense has also given up a lot of points to schools like Central Michigan, Louisiana-Monrore, Georgia Southern, and Texas State. La’Damian Webb has been a solid back for the Jaguars, yet there are concerns on this side of the ball. The Golden Eagles have been very good at home, and they can pull off the upset.

The other underdog to get behind is Duke. The Blue Devils have had a great first season under new head coach Mike Elko, holding a 7-3 record coming into their final two games of the season. Their three losses have come by a combined 14 points, and they should be able to stay within striking distance against a Pittsburgh offense that has been up and down under USC transfer Kedon Slovis.

Slovis hasn’t been that effective despite being sacked just 14 times in 10 games. He is completing under 60% of his passes, and he has thrown as many touchdowns as interceptions. Duke can put the clamps on one-dimensional teams, so don’t be surprised if the Blue Devils leave the Steel City with a win.

It’s been a terrible season for Texas A&M, but the Aggies will have the opportunity to let out some frustration in this game. They have lost six straight games after a 3-1 start to the year, so they won’t be going to a bowl game. Jimbo Fisher is under fire considering his absurd contract, and there’s a good chance he decides to run it up and let it fly this week with SEC West champions LSU on deck. UMass is 1-9 this season, and the Minutemen have not defeated an FBS opponent.

Long-time rival Texas hasn’t had the best season either with the Longhorns going 6-4 in their second year under Steve Sarkisian. There is a little buzz surrounding his job security, but there’s no doubt that the program is headed in the right direction after being stuck in a rut over the last decade. The Longhorns should be motivated against Kansas given the Jayhawks won in Austin last year, and Bijan Robinson could have a big game here.