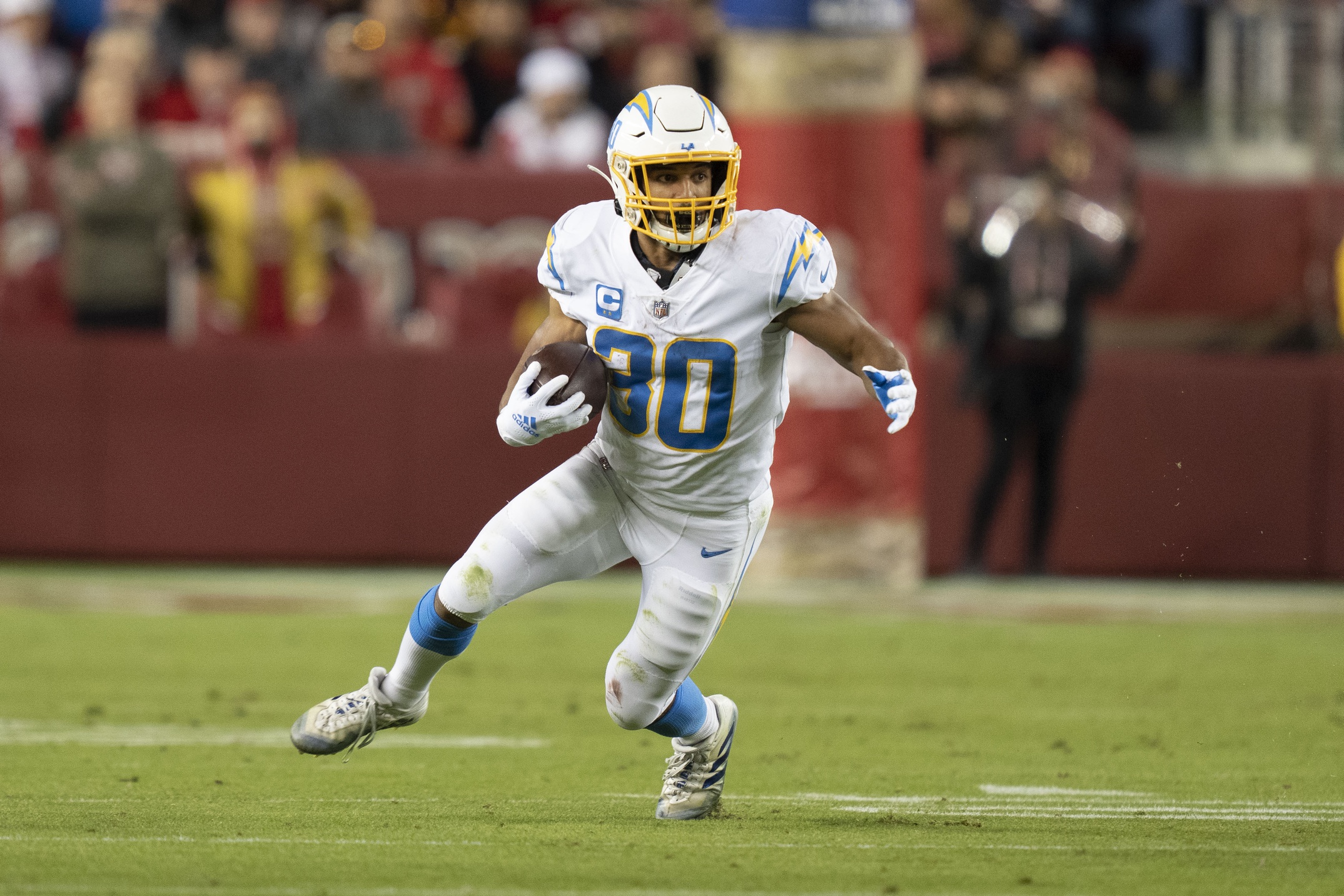 If not for Dameon Pierce busting a 44-yard run against the Giants and Elijah Mitchell surprisingly taking the lion’s share of carries from Christian McCaffrey in the 49ers backfield, we would’ve cashed in on all five of last week’s running back props at BetRivers Sportsbook. Them’s the breaks sometimes. I predicted Saquon Barkley would end up being Week 10s RB1 running up against Houston’s porous defense. He ended up No. 3 after ripping the Texans for 152 yards on a whopping 35 carries. Austin Ekeler only managed half the carries of his suggested 12.5 target, while Miles Sanders ended up going under his rushing yards prop against the Commanders stout run D as expected. A solid 3-2 showing, but not good enough - I expect nothing but perfection in Week 11!

If you take a gander at my quarterback and wide receiver props for Week 11’s slate, you’ll discover that I’m extremely bullish on Justin Fields and Darrell Mooney making noise in Hotlanta on Sunday. However, the Bears aren’t going to simply waltz their way to victory; not with the Atlanta Falcons likely readily able to take advantage of their charitable defense on the ground. This is the Cordarrelle Patterson revenge game. While he had his moments throughout his brief stay in Chicago, it wasn’t until he crossed paths with Arthur Smith that the former Tennessee Vols’ career evolved into one of the more impactful running backs in the game.

The Bears rank No. 28 against the run with the unit ponying up 5.3 yards per carry away from Soldier Field. Faced with staring back at the league’s No. 26 ranked rush DVOA, I’m expecting this outing to be Patterson’s best since returning to the huddle a few weeks back. It wouldn’t shock me in the least if he doubles this impost!

Many an NFL bettor has this spot circled as a huge Commanders letdown after going into the City of Brotherly Love and spanking the Eagles. Houston’s taken in 52 percent of the bets as well as 73 percent of the money bet on the point spread - I’m not buying it! Way too much effort has been put into turning this season around for Washington to go into Houston and see all their hard work go for naught. I faded this Texans run D with Saquon last week, and I have no issue going back to the well again on Sunday by backing both Washington running backs to surpass their rushing yard targets.

Robinson Jr. got a bulk of the carries last week (26-14), but Gibson proved to be a tad more efficient with his. No team has given up more rushing yards than the Texans, while the Chargers are the only to give up more yards per carry. So long as Davis Mills isn’t able to take advantage of their leaky secondary, look for the Commanders to run their way to victory with the 1-2 punch in the backfield bringing it home.

I made the mistake of overlooking the Giants poor run defense and faded rookie Dameon Pierce’s rushing prop due to the belief that New York would run away with the game forcing Houston to abandon the run. While New York ultimately went on to win and cover the game, it allowed for Houston to remain at an arm’s reach which allowed Pierce to topple his impost. News coming out of Detroit is that D’Andre Swift is none too happy about his utilization since getting back in the huddle a few weeks back. He only touched the ball seven times in last week’s comeback win over the Bears.

You know how it goes with squeaky wheels, right? They get the grease! I fully expect Dan Campbell to approve of a heavier workload on Sunday with the Lions in search of a third straight win and the GMEN marching the No. 23 ranked rush DVOA onto the field that No. 32 can take full advantage of. Managing a total of just 22 yards on 13 total carries the last three weeks, be ready to pounce once PointsBet posts a suppressed rushing yards prop in the coming days. Also look to hit the over of his longest run!

When the Chargers locked horns with the Chiefs back in Week 2, Austin Ekeler played a pivotal role in Los Angeles nearly getting out of Arrowhead with the outright victory. With Keenan Allen out of the mix, No. 30 would prove to be a huge asset catching passes out of the backfield from Justin Herbert. He’d end up hauling in nine of 10 targets and turn them into 55 scoreless yards. It’s still unknown as to whether Allen or Mike Williams will return to the huddle Sunday night.

Regardless, I still expect the No. 1 running back in fantasy to once again be a huge cog in the Chargers being competitive all the way through. Kansas City has been gotten for 473 receiving yards by RBs (No. 29) by way of giving up the second-most targets (81) through its nine played games. Opposing RBs are averaging 7.4 receptions per game and 7.1 receiving yards per catch. Ekeler is in store for a banner evening – one that I believe results in an outright win for the Bolts!