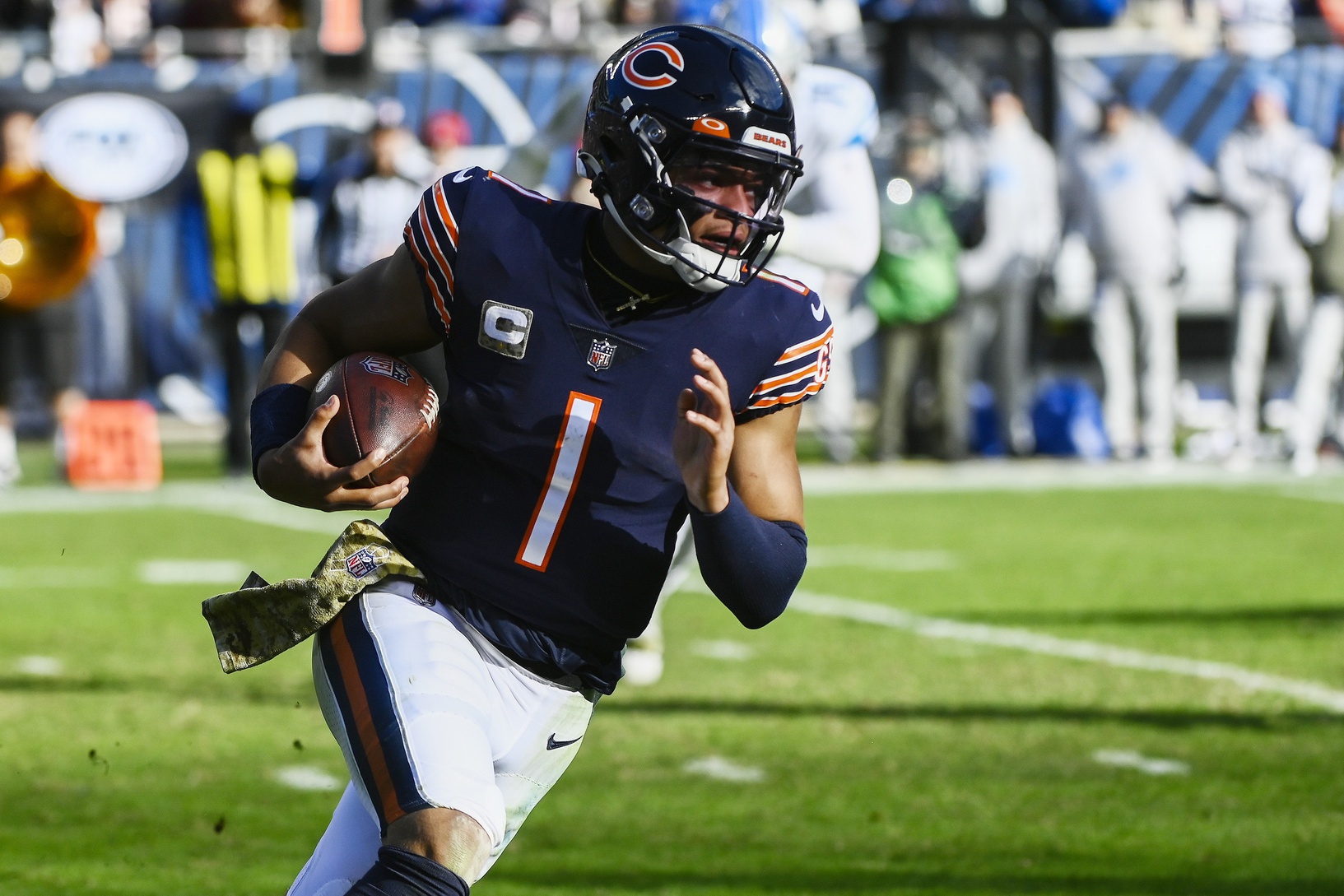 Kenny Pickett prevented a busting out of the brooms upon our QB props at PointsBet Sportsbook after failing to exceed his 223.5 passing yard target. Hats off to NFL bettors that actually bet his number to beat down to as low as 215.5 before kick-off. We did however cash our other three positions with relative ease including both Best Bets on Trevor Lawrence to exceed both his passing yard and pass attempt props. Russell Wilson rounded out a winning week by smashing his 226.5 passing yard impost. Both QBs saw their targets fatten up before kick-off but still managed to cover all numbers across the board.

Congrats to all that followed and I’m thrilled to have added to your bank rolls - Now let’s go hunting for more of the green in Week 11!

Even with broken rib cartilage, Justin Herbert was able to rip the Chiefs for 334 passing yards and 3 TD by way of completing 69 percent of his 48 pass attempts. A number to beat is yet to hit the board at the time of this writing mostly due to not knowing which pass catchers he’ll have at his disposal. It’s going to chime in around 275 to 285 yards and I still dig the over regardless; with or without knowing whether Keenan Allen or Mike Williams or both will be in the huddle.

This is a do-or-die spot for the Bolts. They sorely need to come out with a win to have a say in how the AFC West shakes out as well as remain in the thick of the playoff hunt. In the first meeting between these teams, Herbert spread a bulk of his targets between Williams, Gerald Everett, and Austin Ekeler. Josh Palmer can step in adequately should either Allen or Williams miss, but it will be all systems go if one or both is able to take the field. If not, Ekeler is going to be force fed in the passing game with Kansas City conceding 473 yards (No. 29) and 7.1 yards per reception (No. 16) to the RB position.

It’s going to be unseasonably nice and sunny in the Mile High City on Sunday with temps in the mid to upper-40s and little to no wind. The scenario sets up the second and final meeting between the Raiders and Broncos for a track meet between two of the league’s more disappointing teams. While it wasn’t pretty with Russell Wilson only completing 21 of his 42 passes versus the Titans porous secondary, a 50 percent completion percentage still saw Denver’s QB1 throw for 286 yards to surpass his passing yards prop for the second straight week.

We cashed in on the effort and I’m firing right back and fully expect the maligned field general to make it three straight overs running up against a laughable Raiders secondary. Heading into Week 11, the Las Vegas defense possesses the absolute worst pass DVOA. It’s been ripped for an average of 250 yards per game (No. 26) and allowed a healthy 7.3 yards per pass attempt (No. 27). Russ’s yardage prop surfaced at 240.5 in the first meeting and closed 238.5. He ended up throwing for 237 yards and 2 TD which equated to a 124.9 B rating; his best as a Bronco. The Raiders defense has fallen off even more since yet his target in the rematch is 15 yards shorter? Sign me up!

I’m still shaking my head trying to figure out how the Cowboys spit the bit and lost to the Packers in Lambeau last week. That sickening defeat should only add more fuel to the fire on Sunday when Dak Prescott and Co. invade the Twin Cities looking to get the best of a Minnesota Vikings outfit that’s been living a charmed life ever since Week 1. The Vikings have served up 300+ passing yards to opposing quarterbacks in three of their last four games with one of them coming against Teddy Bridgewater. They won each and every one of those games! Remember the charmed life I was speaking of?

Since situating himself back under center in Week 7, Prescott has averaged 240.7 passing yards per game. He went over his passing yards prop each of the last two weeks, and I’ve got a feeling he goes for 3+ spins on Sunday to extend that streak. The Vikings rank No. 13 in pressure rate over the last month. Dak’s only been sacked five times and played to a -0.29 EPA under pressure in the Cowboys last three games. I fully expect him to pick apart the Vikings No. 29 ranked pass defense and do so exhibiting a statuesque persona in the pocket. Big game from No. 4 incoming!!

Justin Fields is coming home for the first time in his professional career, and I fully expect the Bears QB1 to put on a show. Unless you live under a rock, you know Chicago’s field general has been cutting a rug over the last five weeks. He’s racked up the most fantasy points of any quarterback by a country mile during that stretch, and now gets an opportunity to eat against a Falcons defense that’s hemorrhaged prop betting goodness to opposing offenses since opening week.

Atlanta’s stop unit will be at his mercy right from the opening kick! It’s served up a league-high 2,898 passing yards (No. 28) due to having a porous and injury riddled secondary that’s received little help from its hogs up front registering a pathetic 23.6 percent pressure rate; the second lowest in the NFL. There will be blood people! Feel free to insert Fields and all his pass catchers into same game parlays at PointsBet with confidence!