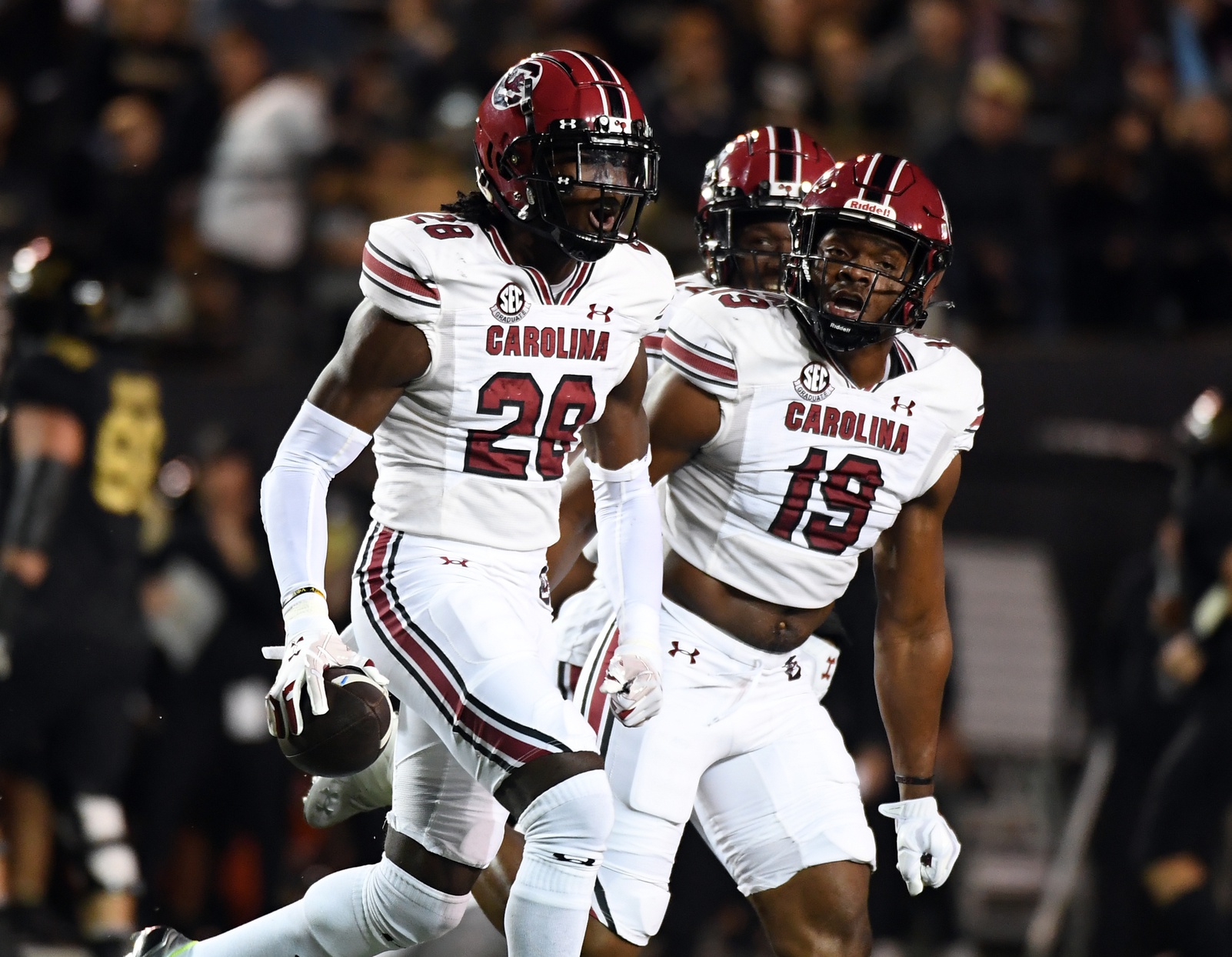 It was another profitable week for us last week, even though we didn’t hit our Underdog Moneyline Parlay of the Week. In that regard, Tulsa was the team that let us down, as the Golden Hurricane fell to Tulane 27-13 at home. However, we won every other side we played, and hit the other leg of that parlay as Temple had its best performance of the season in a 54-28 blowout of USF despite being an underdog by the college football betting odds.

Both sides of our Big 12 Parlay of the Week hit to earn a tidy profit. Baylor knocked off Oklahoma in Norman despite being a short underdog by the CFB wagering odds thanks to a strong performance from Craig Williams and three interceptions of Dillon Gabriel. Elsewhere, TCU was able to take down Texas Tech after a strong fourth quarter in order to move to 9-0 on the year.

We saw South Carolina trounce Florida in Columbia last year, and now the Gamecocks are looking to win in Gainesville for the first time since 2014. The Gamecocks are 6-3 while the Gators are 5-4, but South Carolina is more than a touchdown underdog by the NCAAF betting line in this game. Spencer Rattler has not been the difference maker many were hoping he would be for the Gamecocks, but he is coming off his best performance of the season last week against Vanderbilt.

Meanwhile, Florida is just 2-4 in conference play. The Gators got a lot of help in their win against Texas A&M last week because the Aggies were bitten hard by the flu bug, and their defense is a mess. Florida ranks 74th in Defensive SP+. Anthony Richardson hasn’t been great either, so South Carolina definitely has a shot here.

Syracuse has lost three straight games after a 6-0 start. That has gotten Dino Babers off the hot seat, even though the defense has been a bigger part of the team’s success than the offense. The Orange rank 36th in Defensive SP+ and 77th in Offensive SP+.

Starting quarterback Garrett Shrader missed last week’s game against Pittsburgh, and the offense struggled to move the ball without him. Babers has been mum on his status this week, but a return would bode very well for the Orange.

Meanwhile, FSU is due for a letdown after last week’s 45-3 throttling of Miami in south Florida. The Seminoles trounced the Hurricanes in that game, becoming bowl eligible for the first time in Mike Norvell’s three seasons in Tallahassee. FSU has some of the worst special teams in the nation, and that tends to rear its head on the road.

Civil ConFLiCT Parlay of the Week

College Gameday should be at Tulane instead of Texas this week, as the Green Wave have been playing excellent football. They are 8-1 coming into their showdown with UCF this week, and the winner will almost certainly play in the AAC Championship Game. Michael Pratt has had a fine season under center for the Green Wave, and that has fueled this program’s turnaround.

Tulane matches up well with UCF, as the Green Wave should be able to stop dual-threat quarterback John Rhys Plumlee. Plumlee is the Knights’ leading rusher, but he isn’t much of a passing threat. This Tulane defense can slow down UCF’s ground game enough to easily win this game.

The other leg of this bet might seem a little stranger. UConn has been very good in Jim Mora’s first season though, and the Huskies are one win away from bowl eligibility. However, Liberty is 8-1 with its lone loss being a one-point road defeat at Wake Forest.

The Flames have greatly benefited from a weak schedule and have been turnover prone with 17 touchdown passes compared to 13 interceptions. UConn is a disciplined team that can take advantage of those mistakes, so the Huskies are the second team to play as 14 points are too much.