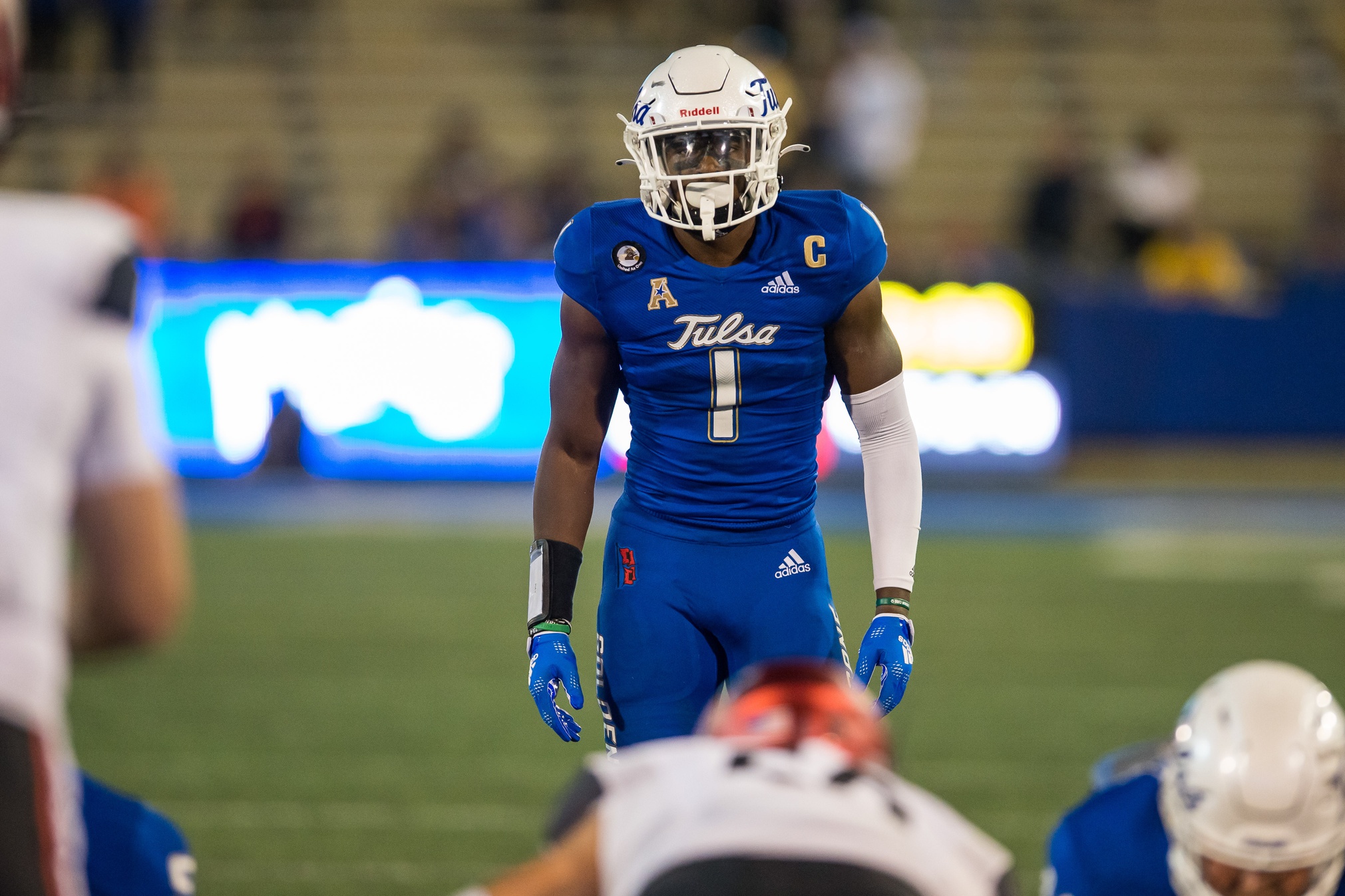 We nearly hit another Underdog Moneyline Parlay of the Week last weekend. That would have been our third win of the month, and it would have resulted in another very large payout. UConn took care of business with a 13-3 win over Boston College early Saturday afternoon, but West Virginia couldn’t hold up its end of the bargain against unbeaten TCU. The Horned Frogs pulled away from the Mountaineers late in the fourth quarter and scored a touchdown with less than 30 seconds left to cover the game.

Currently, the top ranked AAC team in the country is Tulane. The Green Wave are 7-1 and came in at No. 19 in the first College Football Playoff Rankings on Tuesday. There has been a lot of buzz surrounding the Green Wave due to their hot start, but they are in real danger on the road against Tulsa this week.

Tulsa is ranked 46th in Offensive SP+. The Golden Hurricane can put points on the board too, as they have scored at least 21 points in all eight of their games this season. Davis Brin is having a fine year, completing 60.3% of his passes for 8.8 YPA with 17 touchdowns and seven interceptions. Brin was injured in the third quarter of last week’s loss to SMU, so we don’t know if he will play on Saturday, but the play of freshman quarterback Braylon Braxton has been pretty inspiring too. Braxton completed 8 of 14 passes for 120 yards against SMU in relief duty last week, and he has mor mobility than Brin.

Additionally, Keylon Stokes is one of the top receivers in the conference with 53 receptions for 924 yards and five touchdowns. Deneric Prince has run the ball 39 times for 317 yards and a touchdown over the last two weeks too. The big problems for this offense have been turnovers and sacks, and Tulsa stands a great chance of winning If both numbers are kept at a minimum.

Willie Fritz has done a great job with Tulane. Fritz will take the Green Wave to their fourth bowl game in the last five years, as his modified option offense catches a lot of teams off guard. Tulsa’s defense isn’t great, but the Golden Hurricane have figured out this offense in recent years and have led Tulsa to two straight wins in this series. Tulane scored just 13 points last year and 24 points in 2020.

The other AAC underdog I’m backing this week is lowly Temple. The Owls are at the bottom of the conference along with the USF Bulls, but it looks like USF is ready to give up on the season. The Bulls are 1-18 in AAC play over the last three seasons under Jeff Scott, and that one conference win was at home against Temple last year. The Owls still play solid defense and have showed signs of life on offense in recent weeks, so they shouldn’t be an underdog by the college football betting odds at home against USF on Saturday.

Big 12 Parlay of the Week

Let’s start with the earlier game here. TCU is 8-0, and while some of that has been good luck, this is also a great team. The Horned Frogs are thriving in Sonny Dykes’ scheme, and Max Duggan has been one of the elite signal callers in the country.

Meanwhile, Texas Tech is a very different team at home than they are on the road. The Red Raiders are 4-1 at home this year but 0-3 away from Lubbock. They have struggled to stop the run, and the Horned Frogs can take advantage of that.

Baylor and Oklahoma are both 5-3, and while this game is in Norman, there is more to like with the Bears. They are better on defense, and they can move the chains on the ground with Richard Reese. The Sooners have won two in a row, but those wins came against middle-of-the-pack teams and Baylor is more akin to teams like TCU and Texas that blew out Oklahoma earlier in the season.