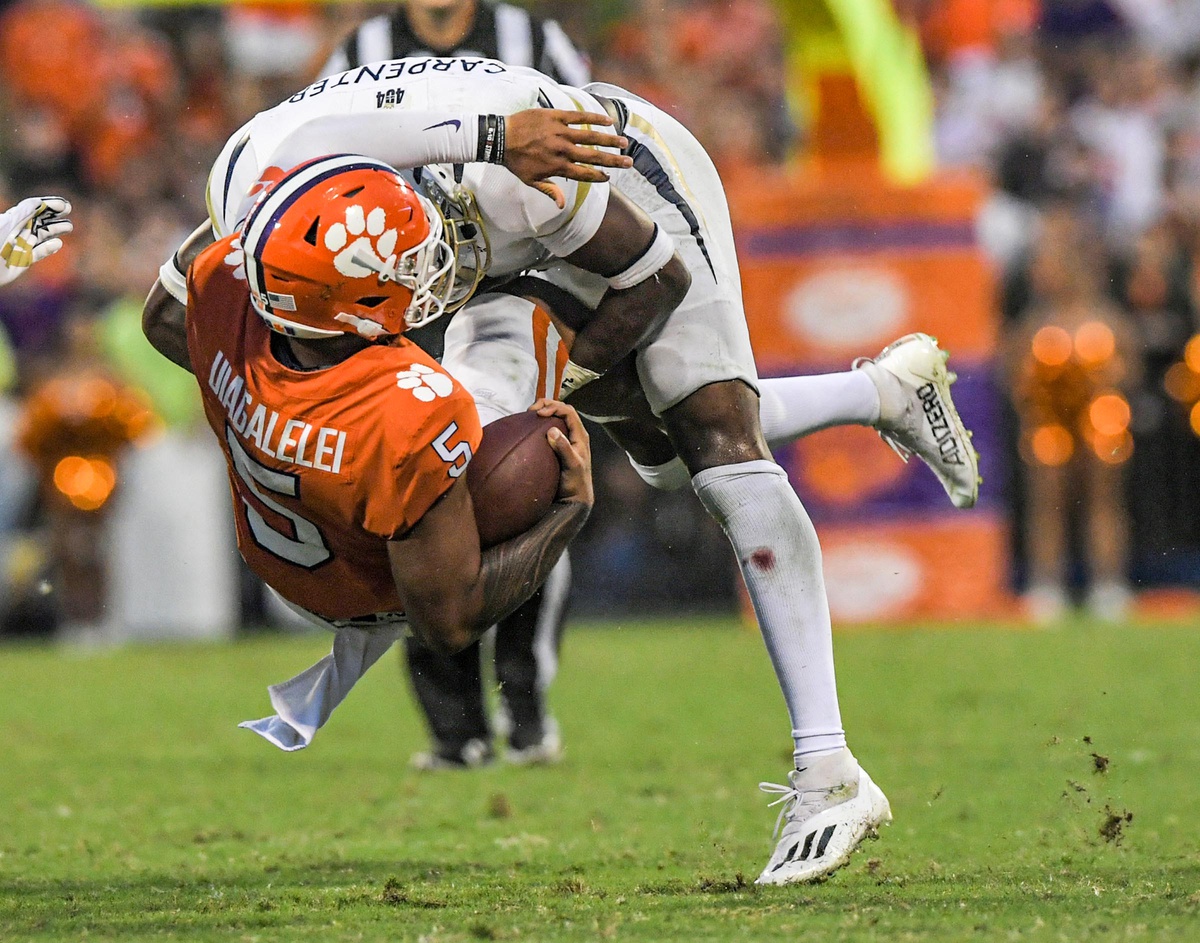 After months of waiting for the calendar to turn over to September, the ninth month of the year is finally upon us. The leaves are starting to change, and the weather is getting cooler, meaning that it’s time for America’s Game to return to stadiums and TV sets across the country.

There will be a lot of action in Week 1 of the college football season, and a few teams might see their national title hopes go up and smoke early.

Let’s start off with three Group of Five teams that are double-digit underdogs on the road against Power Five opponents. Rice has no chance to beat USC and should be one of the worst teams in the FBS this year.

The Owls are ranked 120th in Bill Connelly’s Preseason SP+ Rankings, but they did win four games last year and will be facing a USC team that will be looking ahead to next week’s showdown against Stanford. The Trojans underwent a lot of change this offseason, so we could easily see some Week 1 issues.

Miami (OH) has a real chance to knock off Kentucky in Lexington on Saturday night. The Wildcats went 10-3 last season, yet they only return 10 starters from last year’s squad. This defense figures to be much worse, and the hype surrounding quarterback Will Levis is ludicrous. The Redhawks arguably have a better quarterback in Brett Gabbert, and he has the potential to throw for big yards against this secondary.

Lastly, Kent State is one of the most exciting teams in the MAC. Young coach Sean Lewis has done an excellent job turning around this program, and the Golden Flashes played for the MAC Championship Game in 2021.

They were able to stay within 21 points of Maryland and 23 points of Iowa last season, and Washington is arguably in a worse position than either program. The Huskies were atrocious on offense last year and will be hard-pressed to cover a big number.

Ohio State should be able to score at least 40 points against Notre Dame on Saturday night in Columbus. The Buckeyes have the most explosive offense in college football with C.J. Stroud under center.

Stroud completed 71.9% of his passes for 4,435 yards with 44 touchdowns and six interceptions last season, and he has the most polished receiver in the country in Jaxon Smith-Njigba. Smith-Njigba and Marvin Harrison Jr. are a terrifying receiving tandem, while TreVeyon Henderson figures to post monster numbers at running back.

Tyler Buchner should be able to create some offense for Notre Dame too, with the help of tight end Michael Mayer. Buchner is a dual-threat quarterback that can make plays when the pocket breaks down, and that should help the offense. Additionally, Ohio State is learning a new scheme under new defensive coordinator Jim Knowles.

It's going to be hard for Georgia Tech to score on Clemson. The Tigers have one of the best defensive lines in the country with Bryan Bresee and Myles Murphy up front, and the Yellow Jackets have an inexperienced offensive line. Georgia Tech doesn’t have much of a passing game under Jeff Sims either.

Check out the latest Week 1 college football odds at BetRivers.