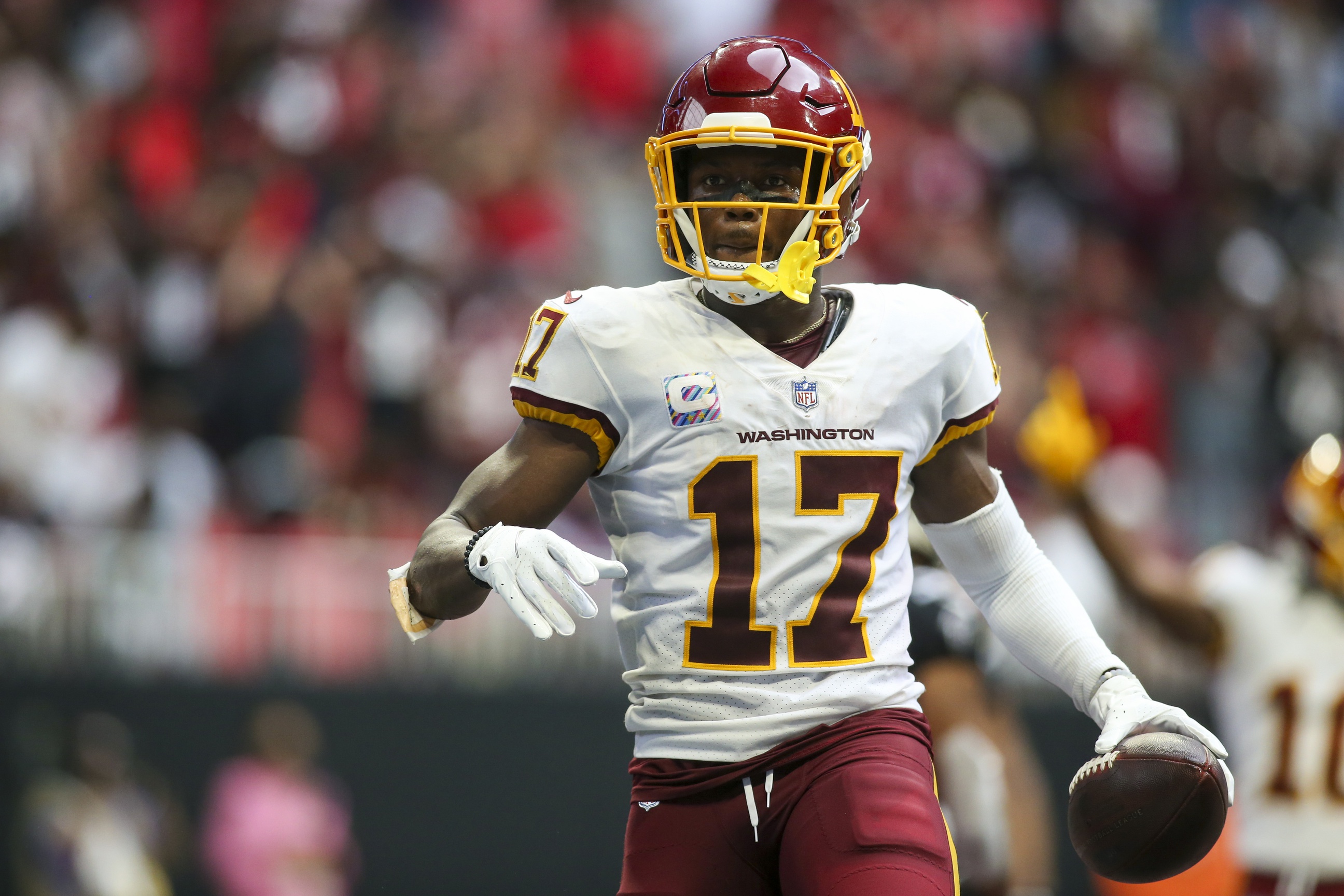 So I’m torn. I’m not a fan of Washington’s new team name. I personally thought Washington Football Team was pretty bad ass. Commanders; sorry, but it just doesn’t do it for me. Off the record, I will continue calling them the Redskins. Regardless, this is a team that has the looks of one being underappreciated by the betting markets right now. Only a year removed from winning the NFC East and failing to repeat entirely due to the injury bug decimating the defensive side of the ball, I’m bullish on Ron Rivera’s squad entering the 2022-23 NFL betting season.

Even with all the injuries sustained, it still won seven games with four losses coming by a single possession. Neither side of the ball was any good ranking out in the bottom third of league overall and in scoring. Inconsistency under center was the main reason why offensively, while a skeleton crew lined up routinely defensively.

Say what you will about Carson Wentz; he could be just the guy this offense needs to finally get going. I’m expecting a big bounceback campaign defensively as well provided the injury bug doesn’t rear its ugly head once again. Sugarhouse Sportsbook currently has their season wins total locked in at 7.5 with heavier juice on the over.

I feel that number is a game if not two short! As such, I’ll take a stab at over 8.5 on the alternate line which offers up an attractive +152 return. This team only just began finding itself in 2020. It didn’t get the chance to build off the success last year, and I expect it to hit the gridiron ultra-motivated with a collective chip on its shoulder.

Most impressive about the Commanders seven wins was that they came against what was perceived to be the second toughest schedule strength heading into the regular season; and they did it with Taylor Heinicke navigating the offense for 15 games. I love the kid’s grit and competitive nature, but let’s face it, he’s not a QB1. The team’s reward for a third place finish is the league’s sixth easiest schedule strength when taking what the folks over at Sharp Football Analysis have to say entering a brand new season. Let Dallas and Philly get all the early love to win the division. I guarantee you Washington’s 5-1 return to win the NFC East is cut in half by the time it enters that Week 3 home tilt against the Eagles undefeated!

As a Terry McLaurin owner, it was tough to watch such a talent struggle to put consistent fantasy numbers on the board last season. Though he surpassed the 1,000 receiving yard plateau for the second straight year, he had to work hard for each and every one of those yards evidenced by a career-low 61.9 yards per game. With the addition of the uber-athletic Jahan Dotson in the NFL Draft, that won’t be the case in 2022-23. His insertion on the other side of the field will force opposing defenses to pay attention to him. So too will a healthy freak at the tight end position otherwise known as Logan Thomas.

Here’s to hoping Curtis Samuel can stay on the field! Rounding it all out will be a solid stable of running backs led by Antonio Gibson who combined for over 1,300 scrimmage yards and 10 touchdowns in his sophomore campaign. There’s plenty more room for him to grow behind an improved O-Line that ranks out as the 8th best front wall heading into the year per FTN Fantasy.

Pro Football Focus rates it out more in the middle of the pack (No. 15), but it boasts a solid pair of bookend tackles in Charles Leno Jr. and Sam Cosmi while the addition of Andrew Norwell only makes it that much better. Save for the outlier that was 2020 as well as his rookie season, Wentz has averaged seven interceptions per season. Heinicke threw 15 errant passes last season. Provided the 24 giveaways of the pigskin are dramatically reduced, this offense could produce one of the more efficient offenses the league has to offer.

The Washington defense will be one you’ll want to add in the late rounds of your upcoming fantasy drafts this season. Remember, footballers were taking them way early a season ago and just about everyone from that unit returns for 2022-23.

Bottom line, it’s going to be fun watching a vengeful Chase Young and the Commanders get after it all season long! Their ailing pass rush of a year ago will look a whole lot different once he and Montez Sweat start turning up the heat on opposing quarterbacks once again. Washington is much nastier than the 38 sacks accrued last season - they logged 47 in 2020! Nine of the team’s 17 games will come in the comforts of FedEx Field. Along with divisional play, the Commanders will also take on the NFC North and AFC South with standalone games to be played against the Atlanta Falcons and @San Francisco 49ers.

Their other three games over the final month all come at home. All the ingredients are there for Washington to bounce back in a big way and challenge both Dallas and Philly for league bragging rights. As such, gimme the over but also search for better priced alternative odds at SugarHouse to fatten up the pot.