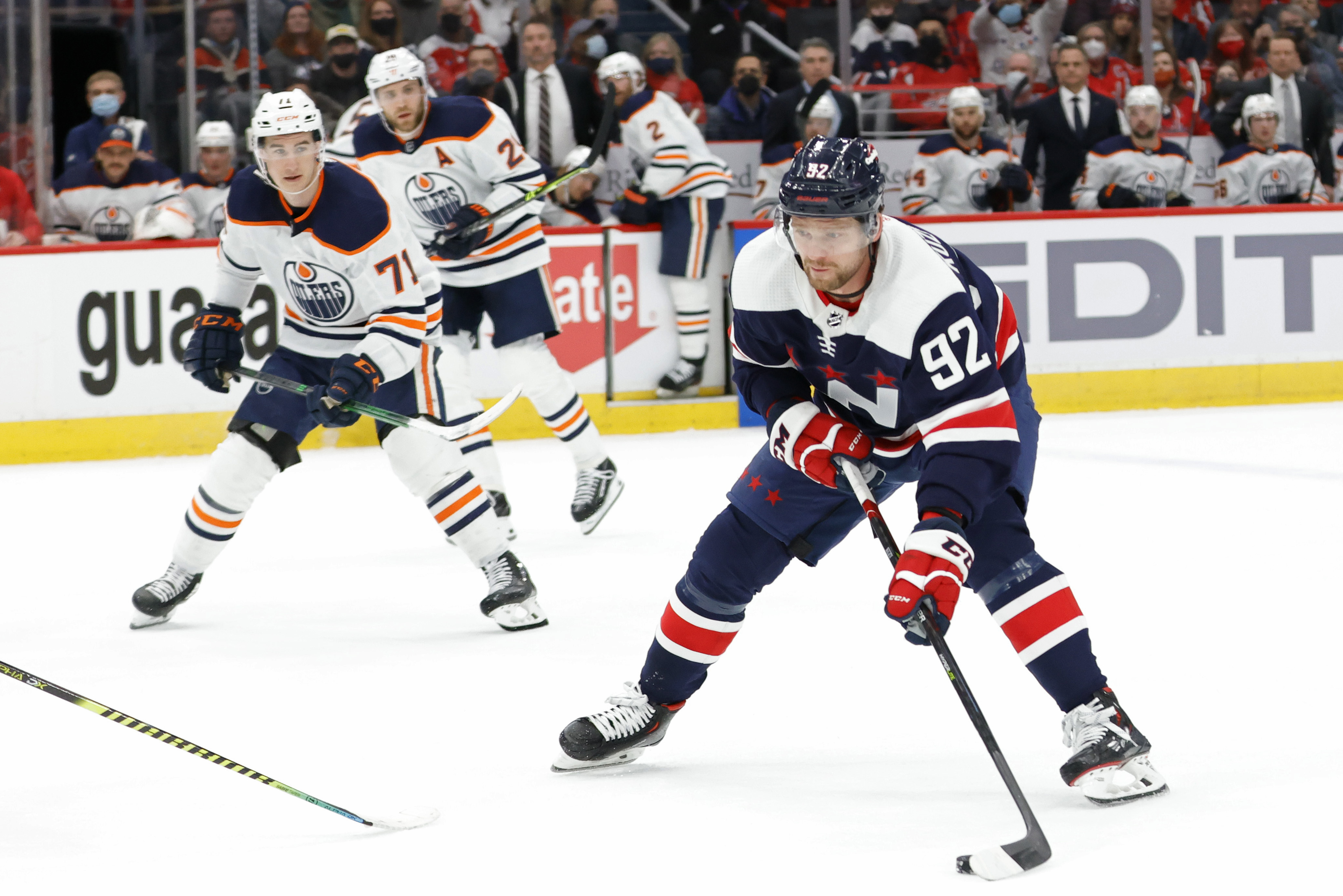 Alexander Ovechkin and the Washington Capitals take on Connor McDavid and the Edmonton Oilers on Wednesday night on TNT. It is a battle of superstars and a battle of teams in Wild Card playoff contention. The Capitals currently hold the second Wild Card in the Eastern Conference, while the Oilers are battling for a Wild Card spot in the Western Conference. The Capitals have played much better since getting goaltender Vitek Vanecek back from injury, while the Oilers are still searching for an answer in goal. Washington is currently listed at odds of 27-1 at SugarHouse to win the Stanley Cup, while the Oilers have odds of 24-1. Let’s look at Wednesday’s contest and NHL picks.

When you look at those NHL futures on odds to win the Stanley Cup it is shocking to me that the Oilers have lower odds. The Oilers have superstar players in McDavid and Leon Draisaitl but they don’t have a goaltender who can win the Cup. The only way the Oilers would have any value is if they get a top goaltender at the NHL trading deadline which is just over a week away. The Capitals look to be the better overall team and if Vanecek stays healthy and continues to play the way he has, the Capitals could be a real threat in the Eastern Conference and they have Stanley Cup winning experience.

The Capitals are not in a great spot for this game, as they were in Calgary on Tuesday night. The key in this one is which goaltender gets the start, as in a back-to-back situation most coaches will start the backup in one of the two games. The Capitals have Ilya Samsonov who was supposed to be the starter this season but there is no question that Vanecek is the better goalie. Washington is averaging 3.2 goals per game which is 13th in the league and they are giving up 2.8 goals per contest which is 9th in the NHL. Alex Ovechkin leads the team in points, while Samsonov leads the team in wins, while Vanecek leads the team in goals against average. The Capitals have been a good road team this season, as they were 16-7-4 in their first 27 road contests.

Edmonton has been nothing special at home this season, as they were just 14-12 in their first 26 home games. Their last game was also in Calgary, but they played the Flames on Monday night and then had Tuesday off. The Oilers are averaging 3.3 goals per game which is 9th in the league but they are giving up 3.2 goals per contest which is just 22nd in the NHL. Leon Draisaitl leads the team in points, just ahead of Connor McDavid. Mikko Koskinen leads the team in wins and in goals against average.

This pick in Wednesday night is totally dependent on who Washington starts in goal. The Capitals are simply a much better team with Vanecek in goal and if he gets the start, I will take the Capitals at the plus price in this contest. If the Capitals decide to go with Samsonov I will simply take the game to go over the total.

Check out the latest NHL odds at SugarHouse sportsbook.`