Warriors vs. Bucks Preview and Prediction 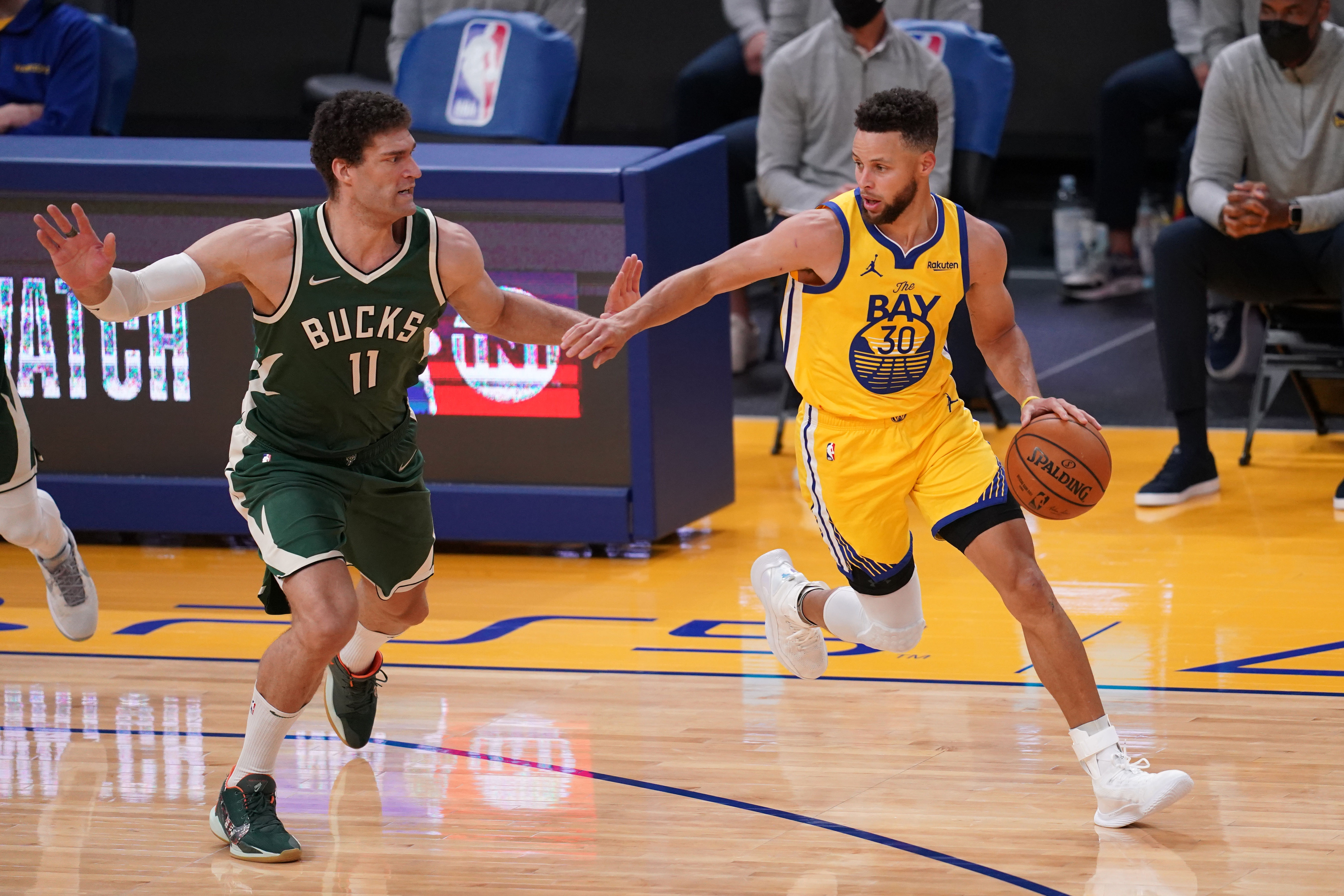 The Golden State Warriors put their league-best 30-9 record on the line Thursday night in a matchup versus the Milwaukee Bucks. The Warriors have been the benchmark for success thus far in the 2021-22 NBA season, sitting atop the Western Conference leaderboard all year.

The Bucks, on the other hand, have dealt with struggles at times. One of those times happens to be now, as they find themselves losers of four of their last five contests. Still, the roster is one of the league’s more talented, and they’re just three games off the lead in the Central division standings.

Both of these squads boast top level NBA Championship odds, with the Warriors sitting at +450 and the Bucks at +700 according to SugarHouse sportsbook. Those rank second and third, respectively, in the league.

Which of these NBA powers will leave with a win on Thursday night? Check out our preview and prediction on BetMaker.

The Warriors enter this matchup as winners of six of their last nine games as they try to break free of Phoenix in the Pacific division race. As of now, both teams possess identical 30-9 records as they battle for the No. 1 seed in the Western Conference.

Where Golden State has been dominant is on defense. They lead the NBA in points allowed, surrendering just over 100 points a game to opponents. That Warriors defensive unit boasts top three rankings in blocks, turnovers forced, rebounds, and opponent shooting percentage. They’ve held each of their last three foes to 101 points or less.

Milwaukee, meanwhile, wins with offense. They score at a pace of 112 points a night, good for the sixth-best mark in the NBA. Superstar Giannis Antetokounmpo leads the team in scoring (28.4 ppg) and rebounding (11.4 rpg).

The Bucks have also been dominant on the glass, ranking third in the league in boards. They’ve been able to turn those rebounds into points, with a particularly successful rate beyond the three-point line. Milwaukee ranks third in the NBA at 14.3 makes behind the arc each night.

Can the offensive attack of Milwaukee overpower Golden State’s stout defense? That will be the key to this matchup of perennial championship contenders.

The Bucks are losers of four of their last five games, posting a 1-4 mark against the spread in that time. The under has hit in four of those contests with the Bucks struggling to get the ball in the basket over this recent stretch.

They’ve been unable to match their season average in those four losses, with the most egregious defeat coming as 17-point favorites against the Pistons. A matchup versus the Warriors isn’t exactly a welcomed sight for a team looking to get back on track offensively. Luckily, they’ll get three days of rest as they prepare for the powerhouse matchup.

Speaking of the Warriors, they’ve struggled to cover spreads of late, too. Golden State is just 1-3 against the spread in their last four matchups, failing to top 100 points in each of their last three outings. Not surprisingly, all three of those games have fallen under the point total.

Are we in line for another low scoring output?

This should be a close game throughout, and we expect the offenses to dial it up a bit. Milwaukee is struggling but they should come into the game well-rested, and they still have one of the league’s top stars in Antetokounmpo.

Match that with the likes of Steph Curry, Klay Thompson, and Andrew Wiggins and we’re likely to see a shootout.

These two teams have yet to meet this year, but they did face off twice in 2020. They split those contests with both totals going over the 235-point mark. While the odds have not yet been set, we’d expect this one to fall in the 218-220 range as far as point total. Look for another high-scoring affair when Golden State rolls into town later this week.