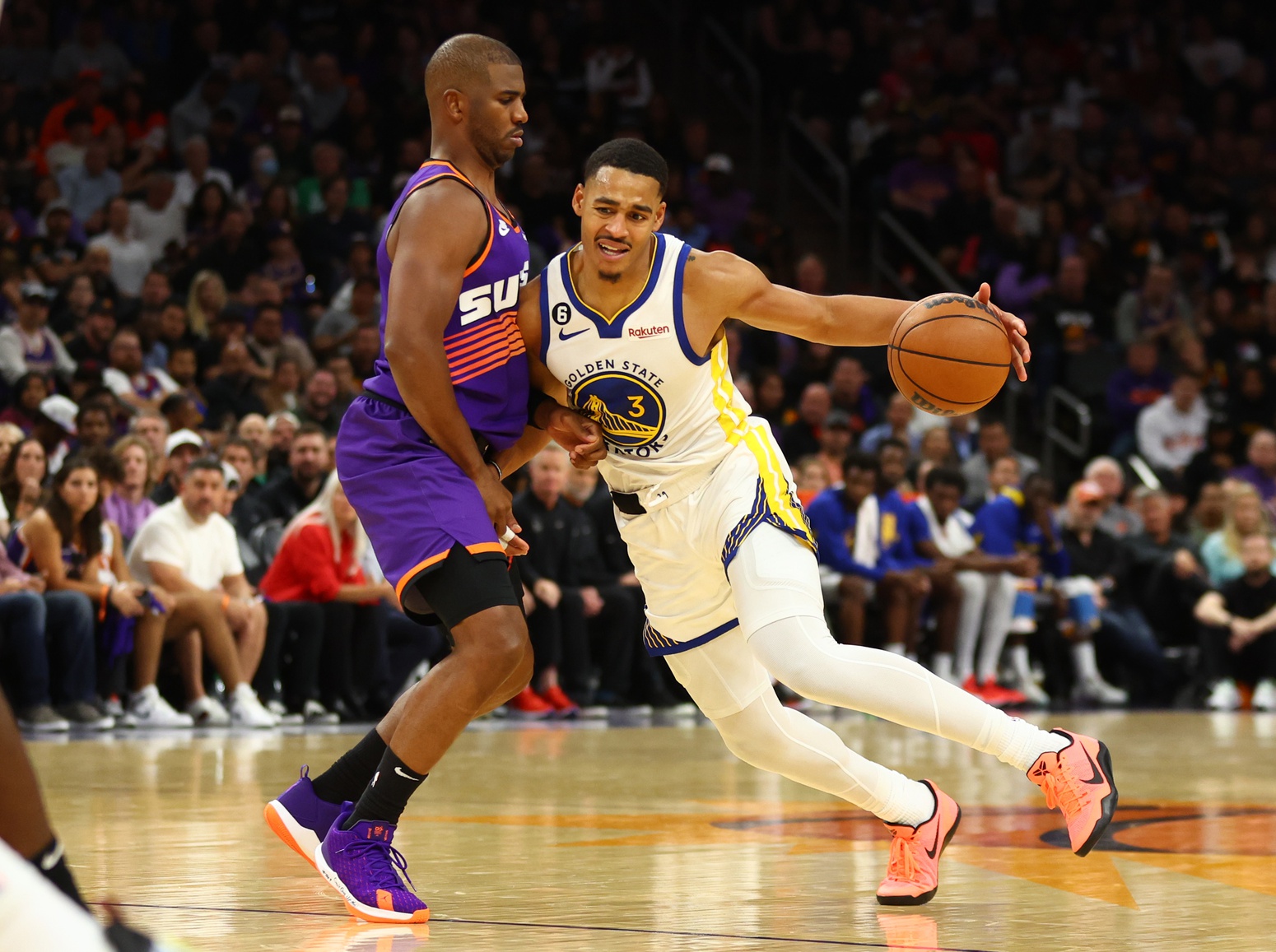 The Golden State Warriors visit the Phoenix Suns on Wednesday night in a game that can be seen on ESPN. The Warriors are the defending NBA champion, but they look nothing like a championship team this season, as they are below .500 and playing awful defense. It doesn’t figure to get any better on Wednesday, as they go into Phoenix to take on the Suns. Golden State has had one day off to get ready for this game, as they hosted San Antonio on Monday, while the Suns were in Miami on Monday. The Suns have won six of the last ten meetings against the Warriors and they routed Golden State last month, winning 134-105. Let’s look at Warriors vs. Suns NBA picks.

The Warriors might have been expected to have a little bit of a championship hangover, but it is now mid-November and there is no excuse for how badly the Warriors have played. Some people thought the Warriors were starting to get things together with a couple of home wins against Sacramento and Cleveland, but neither victory was impressive and then Golden State went on the road to Sacramento on Sunday and lost.

Golden State is still scoring plenty of points, as they are 7th in the NBA, averaging just over 116 points per contest. The problem is defense, as no one wants to get back and play defense, as the Warriors are giving up over 119 points per game, which is last in the league. Golden State is not going to win many games without improving their defense. Stephen Curry leads the team, averaging almost 33 points per game. Draymond Green leads the team in assists at almost seven per game, while Kevon Looney leads the team in rebounding at just over seven per contest.

The Suns have a winning record, but they haven’t been dominating opponents. Phoenix has realized that going all out in the regular season only to be worn out for the playoffs is not the recipe for success. They are holding down the minutes for Chris Paul and everyone realizes that playoff success is what matters. That has meant some choppy results early in the season. Phoenix is averaging just over 113 points per game which is 15th in the league, but they are first in the league in fewest points allowed at just over 105 per contest. Devin Booker leads the team in scoring at just over 26 per contest, while Paul leads the team in assists at just over nine per game and Deandre Ayton leads the team with just over seven assists per game.

The Pick: When is Golden State going to turn the corner and start playing like a championship team? They have no real excuses, as everyone is healthy, but they still don’t seem motivated. If they are ever going to show some motivation it should be on Wednesday night against a Phoenix team that routed them last month. The Warriors also have a bit of an edge in terms of the schedule, as they don’t have to travel far after Monday’s home game, while the Suns have to travel back from Miami. It is still risky to back the Warriors until they start playing better, but this is a really good spot to take Golden State plus the points.