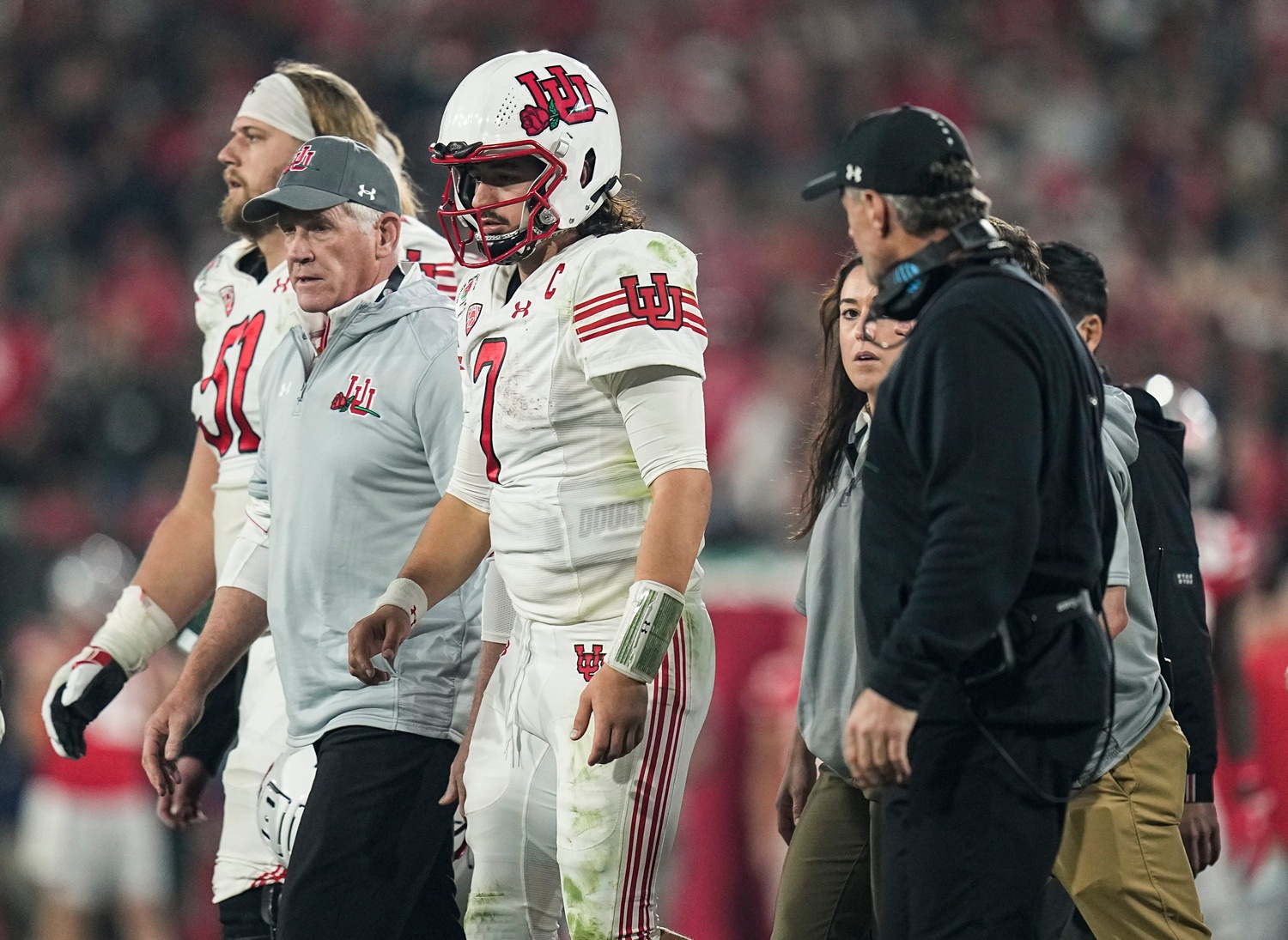 Though Lincoln Riley takes over a USC program with numerous new faces up and down the roster, linemakers at BetRivers Sportsbook have the Trojans lined as the odds on favorites to win the Pac-12 title for the first time since 2017. Sorry folks, not buying it! I don’t care if new QB Caleb Williams currently owns the third shortest odds to win the Heisman Trophy.

Then you got the Oregon Ducks, who many, for one reason or another, expect challenges for conference supremacy with Mario Cristobal now in Miami and rookie 36-year-old head coach Dan Lanning taking over. Again, I’m not buying it!

How on god’s green earth are the reigning champion Utah Utes not installed the decided favorites to win the Pac-12 once again?

Furthermore, how did their odds of doing so initially hit the board at 5-1?! Regardless, I’m extremely bullish on Kyle Whittingham’s kids hitting the ground early and carrying that momentum all the way to another ticket cash for over bettors in terms of their season wins total.

This, in my opinion, is the team to beat within the Pac-12. Linemakers don’t seem to have those same beliefs. Take advantage before it goes into “The Swamp” and hands the now Billy Napier-led Florida Gators.

The Pac-12 was a gaping wide, open hole for any team to bust through and win a season ago. Utah did just that by winning their first outright league title. Absolutely nothing has changed entering the 2022 college football betting season.

There is no dominant team. At least that’s what the books are saying with the jumbled mess at the top of the totem pole. There is however a team I believe to be a cut above, and it just so happens to be the Utes who hit the afterburners early on last season to punch a ticket to the conference title game where they throttled the Quack Attack before dropping one of the more entertaining games of the bowl season to Ohio State.

After dropping back-to-back games on the road to BYU and San Diego State (OT), the team went HAM rattling off wins in nine of their final ten regular season games (6-4 ATS). Though it ultimately allowed the Buckeyes to storm all the way back from a 35-21 halftime deficit to take the Rose Bowl by a 48-45 final count, Utah still went on to cover every closing number across the board.

This is a team that exhibits moxie every time it steps onto the gridiron. It never backs down to anyone! Because of it, I give Whittingham’s troops an excellent shot of winning 10+ games to exceed the win total for the fourth straight season.

While preseason polls aren’t worth the paper they’re printed on, it still strikes me as odd to see the Trojans ranked No. 14 in the polls compared to the Utes at No. 7 in the AP Top 25. Yet, the former is still the favorite in the eyes of the linemakers. Again, polls mean nothing.

However, the books doubting Utah’s ability is something to take note of. Maybe it’s the Lincoln Riley effect. Maybe it’s the additions of Williams and WR Jordan Addison. Even so, I still don’t think USC’s star-studded offensive lineup can hold a flame to the rapport built between Cam Rising and his offensive teammates from a season ago. Utah took it to new heights with the dual-threat under center with the unit ranking out amongst the top 20 in both rushing and scoring offense.

Rising is back for his junior campaign along with tight ends Brant Kuithe and Dalton Kincaid who combined for 14 TD and over 1,100 receiving yards. Also returning is the punishing 1-2 punch in the backfield comprised of Tavion Thomas and Micah Bernard. All of these players helped Utah rank eighth in the nation in third down conversions, led the Pac-12 at moving the chains, and ranked within the top 20 in both rushing and scoring offense.

Most will only remember the Utes getting torn apart by C.J. Stroud and Jaxon Smith-Njigba in the “granddaddy of them all.” Before that, Utah played a pretty respectful brand of defense. The run D was a stonewall (No. 22) while the unit as a whole surrendered fewer than 21 points per game (No. 24) with the pass rush the best the P12 had to offer.

While the losses of Devin Lloyd and Nephi Sewell to the NFL will hurt, there’s still plenty of talent returning on this side of the ball. The standout is undoubtedly CB Clark Phillips.

I’m of the belief the Pac-12 is there for the taking in 2022. It wouldn’t shock me if USC lived up to expectations or if a team like Washington State came out of nowhere to win it all. That being said, I’m a fan of the job Whittingham has done in SLC through the years.

Of the three perceived favorites, Utah is the only one with static coaching staff to go along with 15 returning starters. Hit the over of their win total at BetRivers, but hold off to see what goes down in Gainesville for their season opener. Should they fall, its odds of winning the Pac-12 could move closer to the opener than where it’s at now. Slam Utah to hold onto its title should it occur.