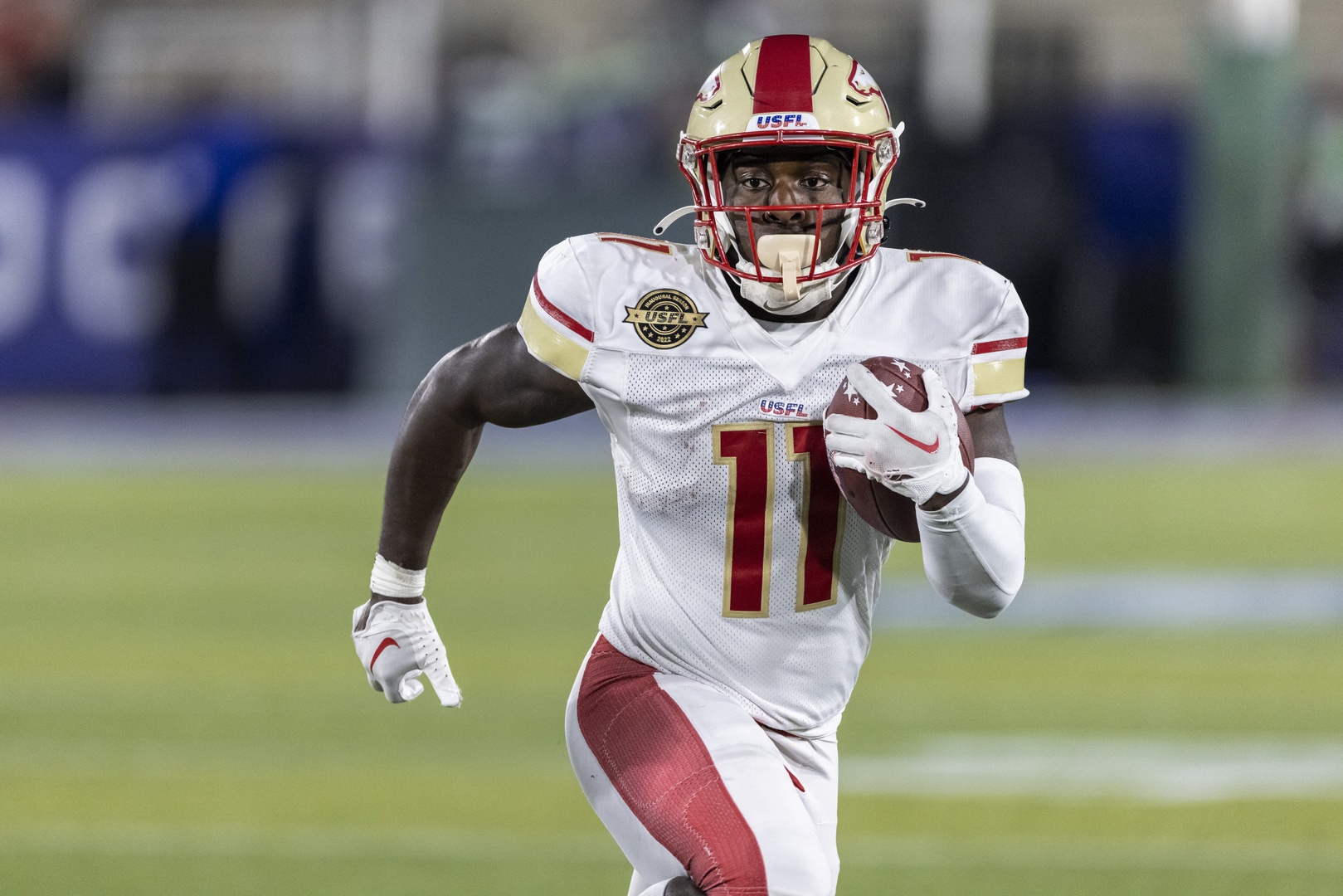 The gap between the haves and have nots in the 2022 USFL season grew wider last week. For the first time the betting favorites won all four games with two covering the USFL betting line. And the Birmingham Stallions solidified their spot as the league’s best team improving to 7-0 by beating Pittsburgh and clinching a playoff berth. They aren’t completely perfect, though. The Stallions failed to earn a payout for the first time winning by 10 as an 11-point favorite. Their last three wins have all been by double figures after playing three one-score games in their first four.

Some could make an argument for the New Jersey Generals being the top squad in the league. They delivered a blow to Tampa Bay’s playoff hopes with a 20-13 win last week. It was New Jersey’s sixth straight victory and fourth payout in that span. The run followed a heartbreaking loss to Birmingham in the season opener. New Jersey and Birmingham lead their division by two games with three weeks remaining and are on a collision course to meet in the league championship.

And speaking of playoffs the semifinal matchup in the North Division is all but set. At 4-3 Philadelphia has a three-game bulge over Michigan and Pittsburgh for second. New Jersey sits at the top at 6-1. The race in the South is close and get can even tighter this week. Birmingham has a two-game lead over New Orleans with the teams set to square off in a huge game Saturday on FOX. The Stallions won the first meeting 22-13 in Week 3 as a 4-point underdog. They’re laying 3.5 points on the USFL betting line at Sugarhouse Sportsbook for this matchup.

Scoring around the league has increased dramatically with Week 7 seeing the second-most points. Teams set a record the previous week with every game cashing the OVER on the USFL picks. Oddsmakers have adjusted with every game in Week 8 showing a total above 42 for the first time. OVER bettors had a field day the last three weeks winning in 11 of the 12 games. You can make football bets online at Sugarhouse and wager on the USFL all season.

They’ve played tough but the Maulers just haven’t shown the offense to compete with the best teams in the USFL. And they get another one this week in New Jersey. When the teams met in Week 4 Pittsburgh was catching 10-points covering the spread in a 21-13 loss. They didn’t have much success against the USFL’s top-ranked defense then and there’s nothing to indicate that will change on Friday. Pittsburgh amassed just 256 yards and while Vad Lee is a better option at QB he’s not good enough to take down the Generals. The Maulers are 3-1 against the USFL betting line in their last four games coving a pair of double-digit spreads, but New Jersey looks like the best balanced team with a scintillating run game that will pound the rock to a cover.

Birmingham’s pursuit of perfection gets a severe test on Saturday in a rematch with New Orleans. The Stallions remained perfect beating Pittsburgh last week but they may not be so lucky this time around. They were so banged up at receiver that QB Alex McGough was forced to play the slot. Needless to say the passing game suffered with J’Mar Smith completing just 9 of 24 attempts for 138 yards. Bo Scarbrough came to the rescue with his second straight 100-yard game pacing a ground attack that churned out 200 yards and a pair of scores. Birmingham did the job defensively allowing 199 yards, but the Breakers are much better averaging nearly 24 points and over 341 yards behind league passing leader Kyle Sloter.

The Panthers are the unluckiest team in the league losing in the first ever overtime game last week to New Orleans. Being 1-5 caused a shakeup in the roster with No. 1 pick Shea Patterson released and former Michigan starter Josh Love inserted into the QB slot. The move paid off with Michigan producing its highest point total of the season, but the defense struggled again allowing more than 30 points for the second straight week. Reggie Corbin had another strong game on the ground rushing for 108 yards on 13 carries, but the passing attack continues to struggle despite the change. Philadelphia all but has a playoff secured, but they can’t let up now with just a few weeks left. The Stars scored 22 fourth quarter points to erase a 24-20 deficit against Houston last week and they could have QB Bryan Scott back in the lineup on Sunday.

It’s hard to imagine where the Bandits would be if they could just hold onto the football. They should have beaten New Jersey last week and would have if not for three costly Jordan Ta’amu interceptions. Touted as the best QB in the league at the start of the season based on past experience, Ta’amu has a league-high eight interceptions and the Bandits’ minus-10 turnover differential is by far the worst in the USFL Ta’amu has the ability to shine and facing a leaky Houston defense that allows the most points and yards should help the QB and his team get back on track. And the Bandits are still in the playoff hunt so they better play with a sense of urgency. I think they will which is why I’m backing them minus the points as my USFL pick of the day.