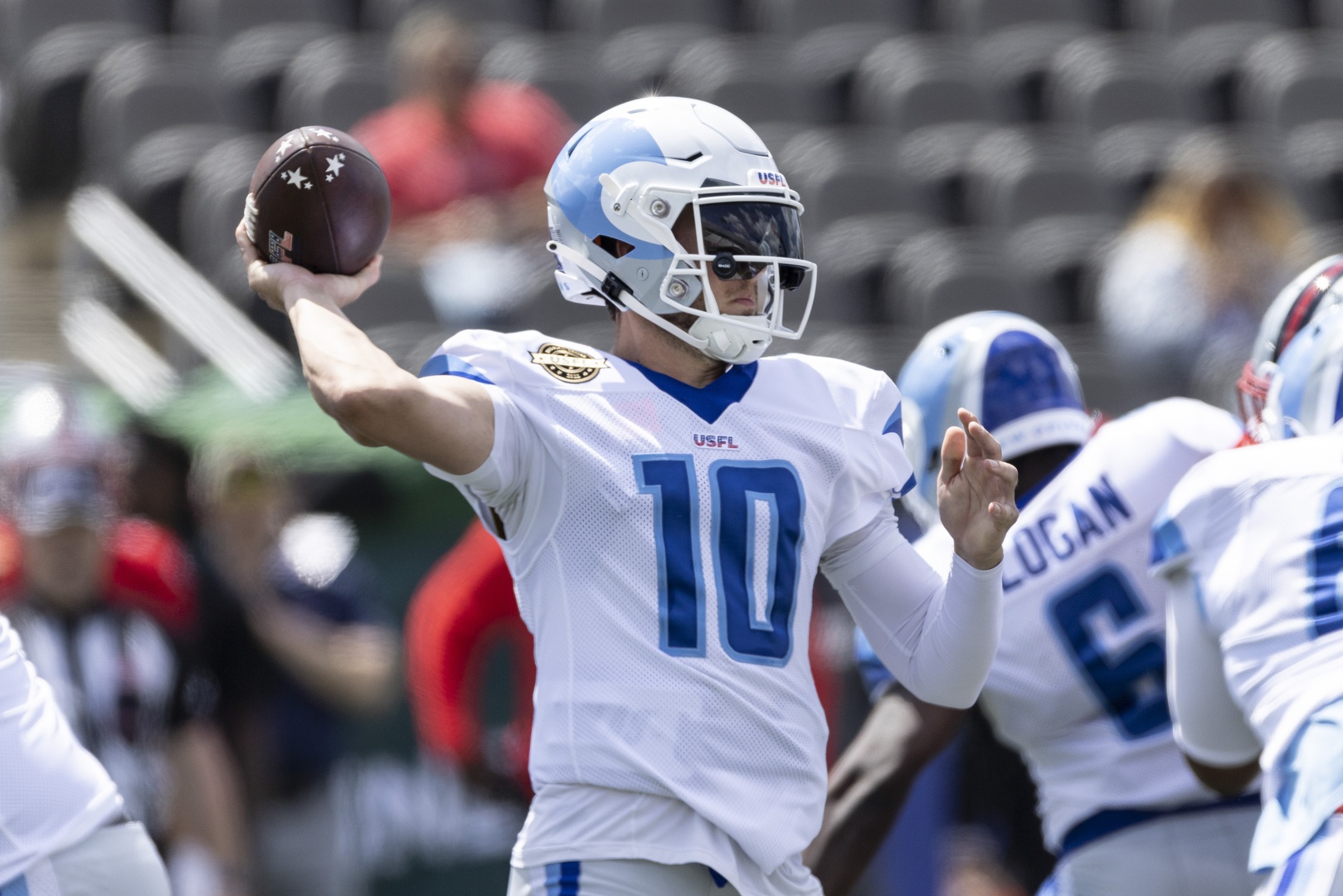 As the inaugural new USFL season reaches the halfway point we are getting some clarity on the teams and their betting trends. Through four weeks the Birmingham Stallions are clearly the class of the league both in the standings and at the betting window. The Stallions Improved to 4-0 with last week’s 16-10 win over Tampa Bay covering the 4-point line for their fourth payout. They are the lone unbeaten in the eight-team league and became the first team to be No. 1 in the league power rankings and sit atop the USFL futures odds for two consecutive weeks.

It’s not like the Stallions have dominated their opponents. All their wins have been one score games, including the 9-pointer over New Orleans in Week 3 since league rules allow for a 3-point extra-point attempt. They’ve beaten teams by an average of just six points, but they’ve won, which can’t be said about the Pittsburgh Maulers, who remain winless following last week’s 21-13 setback to New Jersey. At least the Maulers won something covering the 10-point spread on the USFL betting line for their first payout of the season. Birmingham looks to remain perfect with a matchup against 2-2 Philadelphia on Sunday. The Maulers go for their first win later against the Houston Gamblers, who have dropped three in a row. You can make football bets online and wager on the USFL all season at Sugarhouse sportsbook.

The Panthers (1-3) have played better the last two weeks but have only one win to show for it. It should have been two except for a missed chip-shot field goal in the waning seconds that cost them in a 26-25 loss. After scoring just 18 points in their first two games the Panthers erupted for 49 in their last two thanks to Reggie Corbin and a sick ground game. Corbin had 152 yards on 12 carries and the Panthers totaled 250 yards. With QB play an issue we’ll see a lot more of Corbin against a Tampa Bay (2-2) defense that allows over 120 rush yards per game. We thought Tampa might have a strong offense with Jordan Ta’amu at the helm. However, they’ve scored more points than only Pittsburgh and face the league’s best defense on Friday. The total of 33 is the lowest in any game this season and I don’t see the teams going over that number.

In what might be the best or at least the most competitive game of the week a pair of 3-1 teams square off. New Orleans and New Jersey have similar stat lines as the top two squads offensively. The Generals average nearly 360 yards while the Breakers put up 338.7. And they’ve been good on defense, too, making this a classic matchup of strength versus strength. New Orleans hit the board as a 3-point favorite on the USFL betting line, which seems high to me. The Generals have won three straight after a narrow loss to Birmingham in the opener while the Breakers bounced back from their loss to the Stallions with a comeback win over Houston last week. New Jersey’s league-leading ground attack will chew up yards and time and their defense will keep the game tight. I’m comfortable taking the points and with the UNDER in this one.

It probably should have been a loss last weekend, but the Stars (2-2) will take it. After enduring a number of special teams gaffes, Philly watched as their Week 4 opponent clanked a game-winning field goal attempt off the iron in the closing seconds to escape with a 26-25 payout win over Michigan. The Stars also took advantage of three interceptions and four total turnovers to eke out the win. Starting in place of Bryan Scott, Case Cookus finished 22 of 30 for 190 yards with two TDs. “I’m always ready,” the QB said. Birmingham is undefeated because they don’t hurt themselves. They may turn the ball over a bunch of times giving the Stars a chance at victory, but I doubt it. And once again the Stallions overcame a deficit to get the win, though it wasn’t nearly as dramatic as the earlier victories.

Most USFL betting sites expect a much closer game than last week when Pittsburgh was the biggest underdog in the brief history of the league. The Maulers lost 21-13 to New Jersey and have yet to win a game, but they did cover the huge 10-point spread for their first payout, so I guess that’s a step in the right direction. We’ll probably see more Kyle Lauletta for the Maulers after he completed 15 of 32 for 169 yards last week. Not good numbers, but in context it was a huge day for a Pittsburgh QB. The good news for Lauletta and Pittsburgh’s offense is that Houston is last in the league in points (24.0) and yards (373.0) allowed. While they give up a lot the Gamblers are also opportunistic forcing four turnovers last week. They should be able to keep Pittsburgh at a touchdown difference with points coming in a variety of ways to cash the OVER at Sugarhouse.