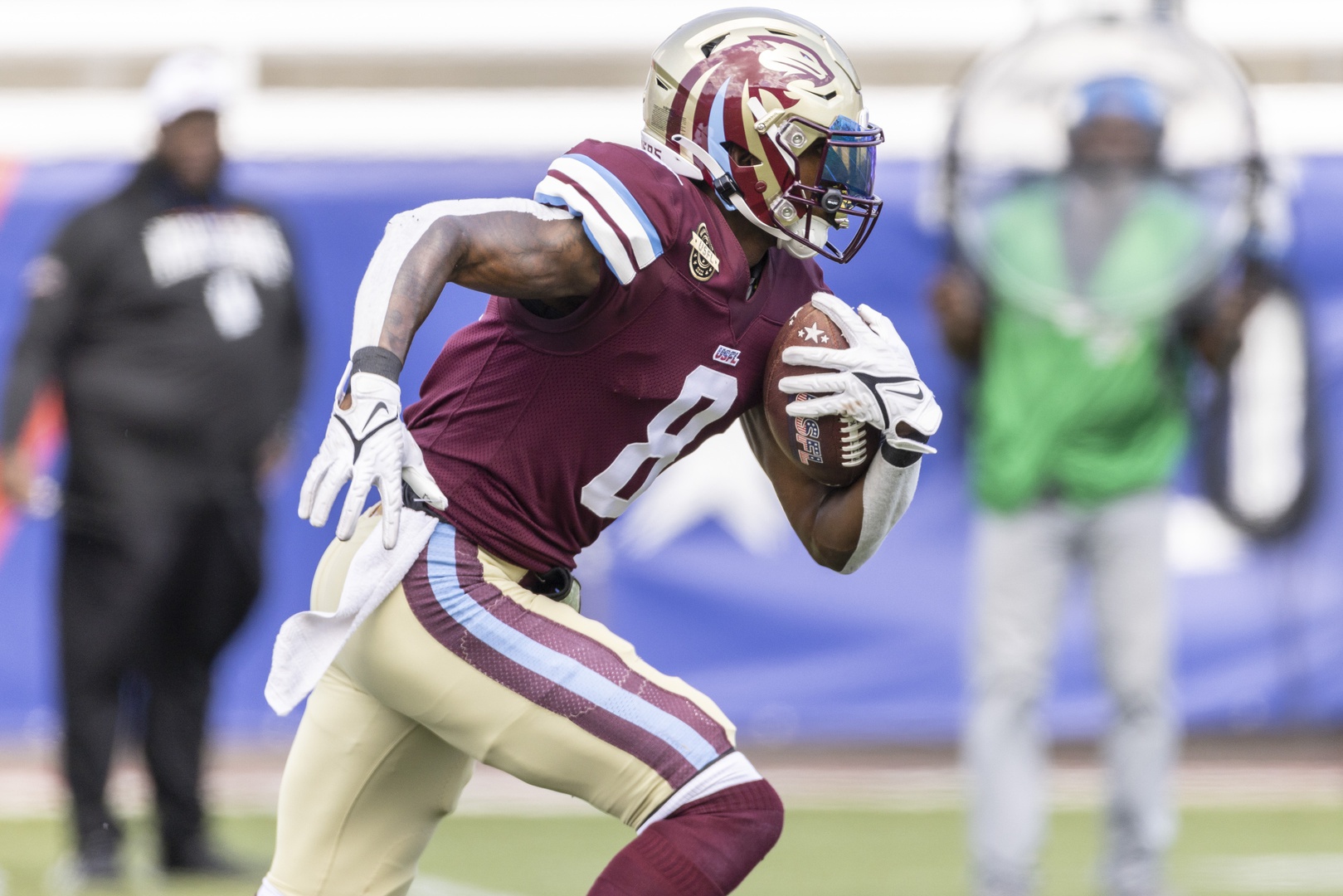 Another week in the books and there’s another change atop the USFL power rankings. Nearly halfway through the season and we’re still looking to find clarity, something that might take the entire campaign to do. But one team has risen to the top and it couldn’t be more beneficial to the league. With every regular season game played in Birmingham it sure helps that the Birmingham Stallions are the only undefeated team. Following their victory over the previously unbeaten New Orleans Breakers on Saturday, the Stallions are No. 1 in the power rankings and the new USFL futures odds favorite to win the championship.

While the Stallions are the class of the league the Pittsburgh Maulers are at the opposite end of the spectrum. Falling to 0-3 they became the first team to put up a goose egg this season getting shutout by Michigan 24-0 last week in a battle of winless teams. We’ve seen teams get better offensively since struggling in the opening week, but Pittsburgh didn’t get the memo. They average just 8.7 points and 254 yards, both last in the league, and they’ve cashed the UNDER on the USFL betting line in every game. The Maulers will try and join the rest of the league with at least one victory when taking on the New Jersey Generals in Week 4 action. And remember, when you want to make football bets online visit Sugarhouse sportsbook, where you can bet the USFL all season.

Week 4 gets started with a pair of 1-win teams looking to reach the breakeven point. After scoring just 18 points in their first two games, the Michigan Panthers benched No. 1 pick Shea Patterson in favor of Paxton Lynch. The move paid off with Lynch leading a pair of scoring drives, but an ankle injury forced the former NFL draft pick to the sidelines leaving Patterson at the controls. The QB duo didn’t do much thanks to a ground game that produced 244 yards and three scores with Reggie Corbin going for 133 yards on 20 carries. While the offense showed improvement, the defense has been stellar allowing just 9.0 points and 220 yards per game. And while the Stars have been competitive they’ve been unable to finish letting a 10-point lead evaporate in a 24-16 loss to New Jersey. A leaky run defense and an injury to QB Bryan Scott have me questioning Philly this week.

We said after Week 1 the Maulers could be the worst team in the league. It looks like we nailed that one. And as such they are the biggest underdog in the history of the new league catching 10-points on the USFL betting line for their matchup with New Jersey. Inconsistent QB is the reason why Pittsburgh has the worst offense. The Maulers have totaled just 26 points while allowing 71, the second-highest number in the league. Josh Love and Kyle Lauletta combined to throw for 125 yards last week and coach Kirby Wilson has yet to name a starter. Either way the offense has to be better and the defense must contain New Jersey’s top-ranked run game. Pitt allowed 5.8 yards per carry last week and gives up the most points. Still, 10 points is a lot in a league that’s produced a number of close games.

Tampa Bay bounced back from an embarrassing loss in Week 2 improving to 2-1 with a narrow 27-26 win over Houston last week. Jordan Ta’amu had a nice outing after struggling the first few games. He’s widely considered the best QB in the league and he helped direct a 10-point fourth quarter comeback to get the win. He ran for a touchdown after the Bandits blocked a punt and directed a drive that resulted in the game-winning 46-yard field goal. Ta’amu finished 21 of 36 for 255 yards adding 29 yards on the ground. Beating the top team would put Tampa back in the conversation as the USFL’s best and Birmingham is beatable. The Stallions overcame a second half deficit for the third time scoring the final 12 points to beat New Orleans 22-13. The magic has to end sometime and this is as good as any.

We saw New Orleans shoot themselves in the foot last week with three turnovers stopping drives and another fumble in the endzone recovered for a Birmingham safety. Kyle Sloter was sacked four times and there was a missed field goal. In between the Breakers did some good things compiling 316 total yards with Sloter throwing for 240 yards and a score. They can take advantage of Houston’s defense that allows the second most points and yards per game. The Gamblers put up 400 yards of offense last week with league rushing leader Mark Thompson going for 147 yards on 24 carries. Points could be plentiful in this matchup so I’ll back the OVER at Sugarhouse.