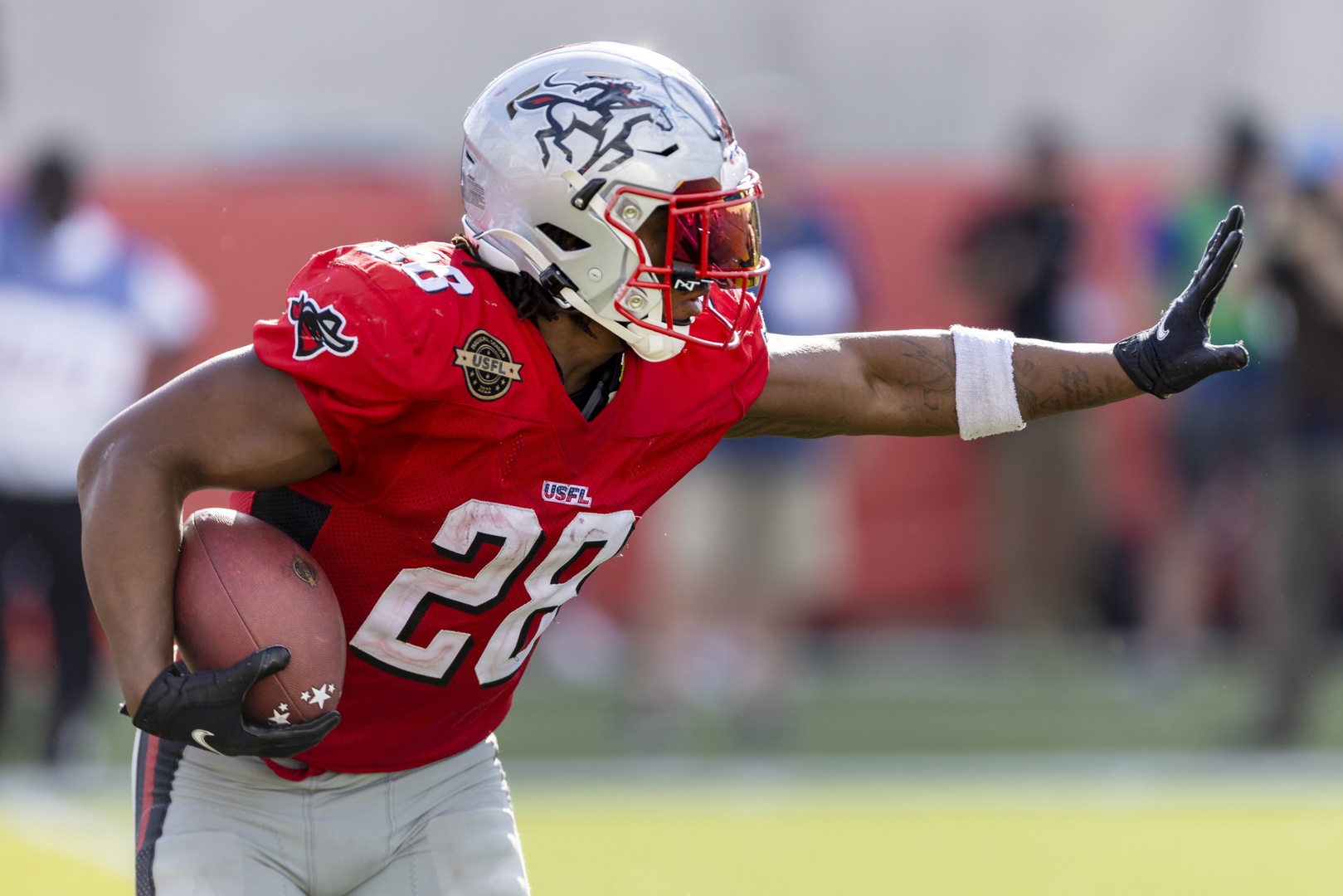 Two weeks of the USFL season are in the books and what we learned after the opening slate of games can be tossed out the window. I guess that’s the nature of learning the intricacies of a new league. We saw offenses across the board get on track with five teams reaching the 20-point mark and the team scoring average for Week 2 was a field goal higher than opening weekend with two games going OVER the total on the USFL betting lines.

As we head into Week 3 our outlook on the teams has changed. The Michigan Panthers sat atop the futures odds board to win the USFL championship before the season started. The Tampa Bay Bandits emerged as the favorite following Week 1. Now as one of two unbeatens remaining and following a 34-3 victory over Tampa, the New Orleans Breakers sit atop the USFL. The league didn’t plan it this way but the schedule has been spot on. Last week the four unbeaten teams played each other while the winless clubs battled it out. And after Week 3 there will be only one team without a loss and one without a win.

The USFL game of the week takes place on Saturday night between the Breakers and Birmingham Stallions. The top two offensive teams will look to stay undefeated with the outcome determining the championship favorite. One the other end the Panthers and Pittsburgh Maulers will battle on Sunday with one of them earning their first win of the year. Every week of the season will be a learning experience for everyone involved in the USFL and bettors have a chance to make some coin off the games. When you want to make football bets online visit Sugarhouse sportsbook, where you can bet the USFL all season.

I have to admit I was stunned by Tampa’s 34-3 loss to New Orleans last week. Once considered the class of the league, the Bandits were overmatched. They did little offensively and Jordan Ta’amu never got untracked going just 8 of 18 for 62 yards before being replaced by Brady White in the second half. Houston’s D did a number on Michigan in Week 1 but that now looks like not a big deal since the Panthers have scored the fewest points through two games. The Gamblers showed some life offensively with Clayton Thorson tossing a pair of TDs, but he was also intercepted twice. I like the Bandits to bounce back and the offense should be better than it’s been with Ta’amu at the controls. Houston’s Week 1 win was a mirage and they still have issues on offense.

Easily the biggest game of the week and the season so far has the two 2-0 teams going at it. Kyle Sloter threw for 266 yards and two TDs leading the Breakers to a thumping of Tampa last week. But again it was the defense that stole the show. The group allowed 194 total yards, intercepted two passes among three takeaways, and registered four sacks. New Orleans has allowed just 20 total points and 220.0 yards per game. The group will be tested by J’Mar Smith, who threw for 229 yards and a pair of scores with an additional 31 yards on the ground. An effective run game can neutralize the Breakers’ pass rush and the Stallions compiled 169 rushing yards last week. Still, I don’t think that’ll be enough against the USFL’s top defense.

Something’s gotta give in this one with both clubs looking for their first win. Despite scoring just 18 points in their first two games the Panthers are a 3-point favorite on the USFL betting lines. Jeff Fisher was never considered an offensive genius during his NFL coaching days and that’s translated to this league. Shea Patterson struggled again going 14 of 29 for 124 yards in the 10-6 loss to New Jersey, but it wasted another strong defensive effort. After looking lost in Week 1, the Maulers had a decent offensive showing with Josh Love throwing for 246 yards and two scores. His former college teammate at San Jose State Bailey Gaither caught seven passes for 117 yards and leads the USFL in receiving yards. I’m going to back Michigan thinking they are better than what the numbers through two weeks show.

Both teams are coming off wins and the Generals probably feel like they should be unbeaten after a tough loss in Week 1. They rebounded nicely even though the offense is still a work in progress. Michigan isn’t the best offensive team so the work done by New Jersey’s defense in the 10-6 win isn’t the best barometer. Philly has the top passer in Bryan Scott, who has thrown for 474 yards and four touchdowns. He also completed a pass for the first 3-point conversion in the USFL. The Stars will take some risks, some will succeed and some will fail. But if you want an egg you have to crack some shells. And I’m not sure Mike Riley will do the same on the other side. The game opened as a tossup, but go to Sugarhouse to check the latest odds when you’re ready to bet on USFL games.