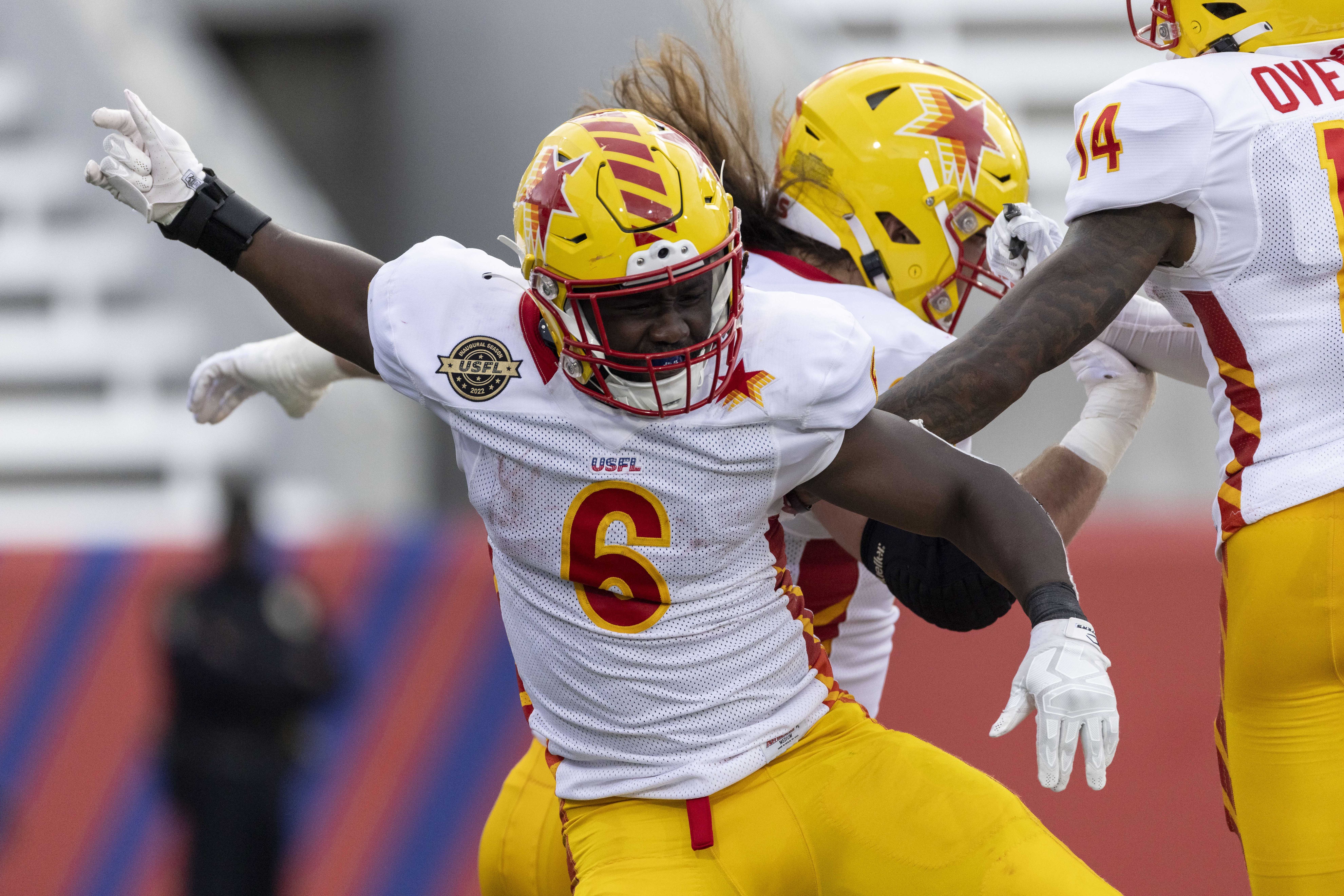 It was an eventful first weekend for the United States Football League (USFL) with good football, bad football, close games and a weather postponement. All in all the sport being played in the spring is a good idea and the league put on a nice show to get things started. We have a better idea of what the teams look like now that they’ve all played a game, but the small sample size doesn’t give bettors or oddsmakers a clear view of what to expect. Every week of the season will be a learning experience, from players and coaches to those who want to wager on the now one-week old league. That means there’s still an excellent opportunity to beat the house.

It’s hard to say which team looked the best in Week 1. The Birmingham Stallions rallied with a late touchdown to beat New Jersey 28-24, though they were outplayed most of the night. The Michigan Panthers sat atop the futures odds board to win the USFL championship before the season started. They outgained Houston 363-174 but fumbled the ball nine times and turned it over five times in the 17-12 setback. We have an idea of the worst team, though. That’s the Pittsburgh Maulers following their 17-3 setback opening week.

After a 3-1 ATS first week, we’ll take a deep dive into Week 2 of the USFL season. And when you want to make football bets online visit Sugarhouse sportsbook, where you can bet the USFL all season.

I’m going to say the Panthers had a rough start and things will get better. They had an awful first half to their opener with turnovers and overall poor play. They found themselves trailing 17-0 at the break before finally showing up. The most recognizable QB duo in the league couldn’t hold onto the football causing the offense to sputter. Shea Patterson settled down in the second half bringing the Panthers back and they had the football last. That they played so poorly and still had a chance to win the game shows me they’re not far off. The Generals had their own issues, which is to be expected. But the defense couldn’t contain J’Mar Smith giving Michigan hope that Patterson can have a good game after settling down in the second half last week.

Oddsmakers have the same thought about the Maulers, positioning them as a 6.5-point dog on the USFL latest line. You should be decent to get a shot in the NFL, but Kyle Lauletta was terrible completing just 2 of 10 passes for 8 yards. The O line allowed three sacks and was pummeled in the trenches. The Stars weren’t much better allowing six sacks, but they showed some offensive potential when not being hunted down by ferocious defenders. And special teams cost them a victory. Philly missed two field goals, had a blocked punt for a safety, and QB Bryan Scott tossed a pick-six. Otherwise they played well and eliminating deadly mistakes will allow them to be in every game.

The last two games on the schedule feature the four winners from Week 1. Houston was opportunistic on defense forcing three turnovers and shutting down Michigan in the first half. One of their touchdowns came on a fumble return by LB Reggie Northrup and the other after a Panthers fumble. The Gamblers’ offense was non-existent otherwise managing just 174 total yards. The Stallions needed a J’Mar Smith touchdown run with less than a minute to play to beat New Jersey in the opening game. Smith separated himself from Alex McGough in the QB battle giving the Stallions a legitimate dual threat to frustrate opposing defenses. However, the Gamblers are built on defense, which should help them move to 2-0.

These could be the best teams in the league, and after Week 1 is sure looks that way. We had an idea the pairing of Todd Haley and Jordan Ta’amu would give the Bandits an edge over most teams. That was the case in the first half last week. Tampa stormed to a 17-0 lead halfway through its contest with Pittsburgh and held on for the victory. Ta’amu threw for 185 yards and a TD, but it was the defense that did a number holding the Maulers to 186 yards and 3.0 yards per play. The New Orleans pass rush could be a problem for Ta’amu. Led by Davin Bellamy, who had three sacks in the first quarter, the Breakers totaled six. Offenses haven’t caught up yet so take the Breakers and the points when you bet on USFL games at Sugarhouse.