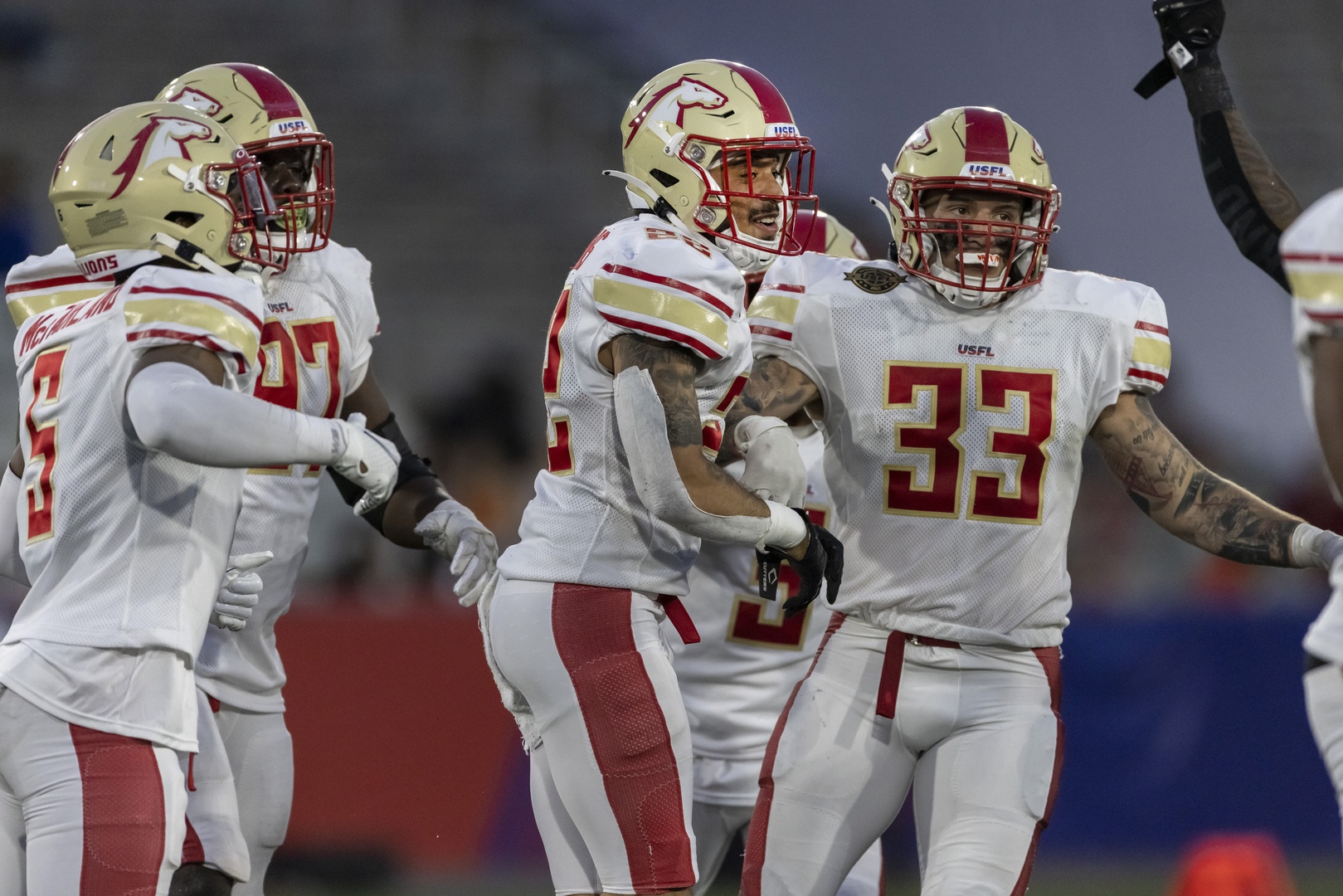 I guess you could say the USFL was a success since the league completed its first regular season without any major hiccups. And after spending the last 10 weeks playing every game in Birmingham, the league is headed to Canton, Ohio, site of the Pro Football Hall of Fame, where four teams will compete for the inaugural championship starting with the semifinals this week inside Tom Benson Stadium.

There wasn’t much drama last week with all four playoff spots already decided ahead of the last games. The Birmingham Stallions lost their bid for an undefeated season in Week 9 but rebounded by beating Tampa Bay, 21-18. It wasn’t the prettiest game and one coach Skip Holtz referred to as a “comedy of errors,” but the Stallions got the victory to finish 9-1. They had a playoff spot secured for several weeks and found out their South Division opponent after the New Orleans Breakers beat Tampa in Week 9. The Stallions emerged as 5-point favorite on the opening USFL betting line, which is more than in either of the two regular season meetings.

The Stallions won three of their last four games but they were not a good pick against the USFL betting line failing to cover the spread in any of those games. They finished 6-4 ATS overall. Each of their last three games were decided by a field goal or less, including a narrow 10-9 win over New Orleans in Week 8. The Breakers will need to find some offense in order to pull off the upset. They scored a total of 22 points in the two regular season meetings with both games cashing the UNDER.

The New Jersey Generals are the hottest team in the league winning nine straight games after a season-opening loss to Birmingham going 6-3 against the USFL betting line in those games. Just like their division winning counterpart, the Generals had a playoff berth clinched weeks ago. Also similar to Birmingham, New Jersey completed the season sweep of its playoff opponent knocking off the Philadelphia Stars 26-23 in the season finale covering the 2.5-point spread. The Generals were twice a USFL pick against the spread winning the initial meeting 24-16 in a tossup back in Week 3. New Jersey is a bigger USFL favorite this week laying 4.5-points on the opening line at Sugarhouse sportsbook, where you can make football bets online and wager on the USFL playoffs.

With the North Division title already secured and a date with Philadelphia in the USFL semifinals already known, it would have been easy for Mike Riley to sit some of his regulars in what was basically a meaningless game. There were a few reasons why he didn’t. First, the roster doesn’t allow for a lot of second-stringers with a limited number of spots. And second, that’s not how Riley does his job; he coaches to win. “I think winning is habitual. You don’t want to ever compromise that part of it,” he said. New Jersey boasts a balanced team that leads the USFL in total yards and is second in total defense. Trey Williams (579) and Darius Victor (577) were two of only four backs with more than 500 rushing yards this season helping the Generals to a league-best 160.5 rushing yards per game.

That number was helped by averaging over 200 yards, with Williams having a pair of 100-yard games, against Philadelphia. Case Cookus has been a pleasant surprise for the Stars completing 65.2 percent of his passes for 1,334 yards and 12 touchdowns since taking over midway through the season giving Philly it hope it can win. It’s hard to beat a team three times, but I like the Generals and their overall ability.

Causing some concern is the Breakers play over the last few weeks. They lost two of their last three games, though the Week 9 win over Tampa Bay secured a playoff spot. And the offense has struggled averaging less than 10 points in that span. Kyle Sloter and a few other regulars rested last week and it was a disaster. The Breakers managed only 116 yards against the worst defense coming in and a field goal in the 20-3 loss. Birmingham hasn’t exactly been on fire either with their 21-18 win in the finale their fifth by six points or less. The Stallions are good, but they’ve also had luck on their side. And considering how close a majority of their games have been I’ll take the points on the USFL betting line, though I do think the Stallions’ defense will step up making them my USFL pick of the day for the outright.